To My Evangelical Brothers & Sisters: Trump is Our Biggest Mistake & Our Greatest Opportunity

To My Evangelical Brothers & Sisters: Trump is Our Biggest Mistake & Our Greatest Opportunity December 5, 2017 Tim Suttle 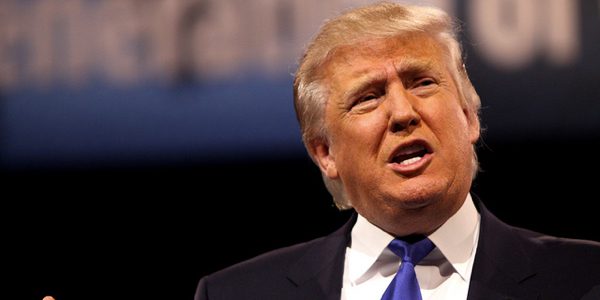 I have a theory. I think Donald Trump is simultaneously the biggest mistake evangelicals have ever made, and our greatest opportunity to make a real change for the better. Here’s what I mean.

I Was a Christian Ditto-head

I’ve spent my whole life as an evangelical Christian. By the time I was 18 I had fully bought into the message of Jesus, and the politics of the Christian Right. I spent a decade reading the bible and listening to Rush Limbaugh every single day (not kidding), and I never really experienced the tension between the two.

Then I started paying much closer attention to Jesus. I memorized big chunks of the Sermon on the Mount. I made a serious study of the four gospels. I went to seminary. I studied Christian history, theology, philosophy of religion. I grew up. I dug deep. I prayed and prayed. I deconstructed my narrow evangelicalism and tried to rebuild my life on the strong foundation of the gospel.

Suddenly I had tension coming out my ears.

It took about a decade for me to untangle myself from the politics of the Christian Right. My first move, of course, was to embrace the Christian left, but it really didn’t take long for me to realize those are just two sides of the same coin. What I mean is that American liberalism and American conservatism both fall prey to the same demon. Both of them uncritically bow to the false gods of American culture: consumerism, individualism, and nationalism. Jesus means to call those false gods into question.

Writing My Way Out

This led me to write my first book: An Evangelical Social Gospel?, in which I tried to offer theological rationale for a real change in evangelicalism–both our practice and our politics. In AESG, I argued that evangelicals have ceded their allegiance to these false gods, this unholy trinity of consumerism, individualism, and nationalism. I describe how our future depends upon our willingness to relinquish this failed idolatry, and to embrace a Christian identity robust enough to help us become good news people… people who offer the world hope and peace as opposed to cynicism and sentimentality.

Since then I’ve written extensively at The Huffington Post about the unholy marriage of evangelicalism and the political right. I have held out hope that evangelicals can embrace a politics rooted in the kingdom of God; that we could rise up and dethrone the power of party politics over our lives; that we would someday wake up, quit listening to FoxNews, Sean Hannity, and Rush Limbaugh, reject the politics of fear and blaming, and let Jesus speak again–be Lord again.

Christianity is a Politic

Christianity is a politic; it’s an organizing principle. It’s most basic tenet is that under the Lordship of Jesus all humans should organize their common life together in such a way that everyone can flourish and experience shalom, peace. Not that all have to be Christians, but that where Christians hold sway, the rich can’t hoard the resources, and all the poor and powerless are cared for because love rules the lives of God’s people.

I don’t see this anymore. I don’t see love ruling the hearts of God’s people–at least not among my evangelical brothers and sisters. I see hearts that have pledged allegiance to the Republican Party over Jesus.

I try to resist this. Over and over I keep making the same argument:

Once you have rendered unto God what is God’s there is really nothing left for Caesar (Dorothy Day).  Christianity demands full allegiance, and cannot be co-opted by or conflated with any political ideology. Christians seek first the kingdom, not the party. Evangelical Christians have made a huge mistake buying into Republicanism. Our first concern cannot be for corporate America. Our first concern cannot be for our own safety or affluence or even freedom. Our first concern is for the poor and marginalized and those who struggle under the crushing weight of injustice because they were Jesus’s first concern. Christians must have as many (or more) disagreements with conservatism as they do with liberalism. In our leaders we are supposed to look for character and virtue, not party and ideology. We are supposed to follow the Jesus who transcends political party and looks for good men and women of diverse political beliefs who want to compromise and work together patiently to make sure everyone has what they need in order to live and flourish.

I have always believed my fellow evangelicals would some day wake up, escape the unholy marriage to the Republican Party, dethrone the false gods of consumerism, individualism, and nationalism, and begin to seek first the kingdom of God.

Then Trump happened. Then Roy Moore.

You may be thinking: All politicians are corrupt. Trump was better than Hillary. R’s are better than D’s. But, these two men in particular are in a completely different category than, say, a Mitt Romney or John McCain (both of whom refused to support Trump on moral grounds), or even a Jeff Sessions, whose racist record is legitimately troubling–even a Hillary Clinton who has obvious character flaws. Trump is in a different category, both in the ways he is not suited for the office he holds, and in his corrupt character. Same goes for Roy Moore. Evangelical embrace of these men has reflected poorly on Christianity and on Christ.

I Once Was Blind, but Now…

Evangelicals have been blinded by a pursuit of power, by corrupt ideologies, and by political tribalism. We can’t see who we’ve really been supporting. From the NYTimes:

“Trump is clearly not a religious man, unless you believe being compulsively devilish is a form of religiosity. He is mean and surly. He is a bully. He is a pathological liar. He cheats. He is an adulterer. He is twice-divorced with children by three different women. He bragged, on tape, about assaulting women. He says he doesn’t think he has ever asked God for forgiveness. Trump was a walking, talking rebuke of everything the Christian right had ever told me that it stood for.” – Charles Blow

How can the writer of this paragraph see it & we can’t? Trump is a walking, talking rebuke of everything we’ve said we stand for.

Recently, as we listened to evangelical Christians equivocate their way to continued support of Donald Trump and Roy Moore, I heard my wife say, “If I weren’t already a Christian, there is no way I would want to join up with us. We look so awful right now.”

How did it come to this?

Jesus said, “You are the salt of the earth; but if salt has lost its taste, how can its saltiness be restored? It is no longer good for anything, but is thrown out and trampled under foot.” What if it isn’t God who does the trampling. What if it’s the culture? What if the culture is currently stamping out the influence of a feckless religion that has effectively ceded its allegiance to the republican party, and lost its saltiness in the process?

This brings me back to my thesis: Donald Trump is both the biggest mistake evangelicals have ever made, and our best opportunity to change and grow. He’s our biggest mistake because supporting him is tanking our witness. He’s our greatest opportunity because as he continues to slide into the abyss of a-morality he’s actually making it really easy for Christians to bail on Trump, and even on the GOP.

It’s Time for All Christians to Bail on Trump

Wherever you have been on Trump before, it’s time to jump ship. It doesn’t make you a traitor. It makes you a Christian. Most other Christians have already bailed. It’s time for Evangelicals to follow suit. Evangelicals cannot continue supporting this president.

Not only that, Trump is fueling a growing movement in Washington toward a war with North Korea. Are we really thinking of going to war with an unstable president? Are we going to allow a President whose campaign leadership is systematically being indicted for federal crimes, who is a mean and surly bully, who lacks basic integrity and decency… are we going to let him lead us into a war in which hundreds of thousands will die?

This is not a Republican v. Democrat issue. This is about the basic safety of our society. It’s about standing up for what is right. We’re through the looking glass here. Unless Christians can divorce themselves from the Republican Party for a moment, our witness in the world will be lost for a generation or more. 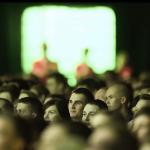 November 24, 2017
Un-breaking Sexuality: Our Sexuality is a Broken Mess - So, Where Do We Go from Here?
Next Post

December 7, 2017 The Advent Decrescendo
Recent Comments
0 | Leave a Comment
"Thanks"
Richard Aahs Washington Post Article On Critical Race ..."
"Ignorant Socialists don't understand sarcasm and other forms of standard English. Sarcasm."
bill wald Why is Critical Race Theory So ..."
"Before reading this article I knew just a few of the points comprehensively put forth ..."
Cynthia Brown Christ Why is Critical Race Theory So ..."
"good article."
Brandon Roberts Washington Post Article On Critical Race ..."
Browse Our Archives
get the latest updates from
Paperback Theology
and the Patheos
Progressive Christian
Channel
POPULAR AT PATHEOS Progressive Christian
1