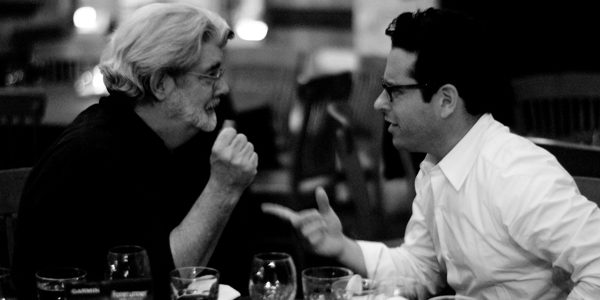 Almost all religion is concerned with two problems: the meaning of life, and the reality of death. Most of the answers will line up into two big categories. Either life has no meaning and is absurd (nihilism, the postmodern answer), or life has meaning and we can or cannot know it depending on where you end up.

These questions have occupied religion and philosophy for centuries. How do we deal with the meaning of life, and the reality of death?

One of the most important developments of the past century, in terms of answering the two big questions came from a college professor, writer, and philosopher named Joseph Campbell. You may not have heard of him, but he’s had a significant impact on culture.

George Lucas credits Joseph Campbell’s work for much of the inspiration behind Star Wars, including the structure of the narrative and even the idea of  “the force”. The same is true of the Wachowski Bro’s and The Matrix, Disney’s The Lion King, and well known books like A Watership Down told stories according to Campbell’s script.

Joseph Campbell was born in 1904 in NYC, grew up in a middle class, Irish Catholic family, and was captivated with the symbols and rituals of the church. At age 7 his dad took him to see Buffalo Bill’s Wild West show at Madison Square Garden, and he became fascinated with the American Indians. He bugged his parents to take him to Museum of Natural History, got hooked, and started reading.

The kid was brilliant. He read everything there was to read on Native Americans. As a boy he had read all there was, and resorted to reading anthropological research (doctoral dissertations) for new material. He began to think about the role that myth plays in culture, and the way the stories a culture tells impact their take on the meaning of life, and the reality of death

Campbell went to prep school, then Dartmouth, and Columbia. He studied Biology and Mathematics, finally getting a degree in English, and a master’s in Medieval Literature. He went to the University of Paris to learn Old French, and to study art, literature, and aesthetics. From there he went to the University of Munich to learn Sanskrit, and to study Freud and Karl Jung. He also ran track, and for a time he was the fastest ½ miler in the world… obviously a real underachiever.

He went back to Columbia to work on his dissertation and became frustrated with the interruptions. So, he cloistered himself in a small house in Woodstock, NY and worked out a program where he could spend nine hours a day, seven days a week reading, and still remember most of what he read. He did this for five years straight—that’s over 16,000 hours of reading.

He became an expert in Native American myth, Myths of India, Aboriginal cultures, Greek Mythology, & Arthurian Legend, & Western Culture. He combined his knowledge of the myths in all the great cultures. His knowledge modern art, literature & aesthetics, combines with a serious study of modern psychology & anthropology helped him as he immersed himself in trying to understand how all these different cultures dealt with the two huge questions concerning reality: …the meaning of life & the reality of death. And he came up with a brand new hypothesis.

Campbell said that when you look at all of the Myths at work in all of the great cultures of the world, they’re really just the same story told in a 1000 different ways: The Hero’s Journey. It might be packaged differently, but in every culture it’s always the same story, & he did this scholarly research to attempt to describe the structure. Up to that point, he was really the first person to think of doing this. He coined the term monomyth; the classic myth of the hero, and he defined something like seventeen discrete movements to the Hero’s journey.

The easiest way to talk about the movements is through the original Star Wars film, because it follows the archetypal hero’s journey to a tee, and because most people know the film.

Once you know the monomyth structure you can discern it in many movies and books. For instance, in Harry Potter the talisman is the wand, crossing the first threshold is that crappy island where they spend the night and Hagrid comes to get him. The new world of Hogwarts, with trials, ritual deaths, the magic of flight… its all there. Many of the most influential books & movies of the past century follow Campbell’s pattern as well. The Hobbit, Lord of the Rings, Wizard of Oz, those are all classic hero’s journeys.

What Joseph Campbell taught: is that when the story is told well, the listener will feel a sense of beckoning. The story says, “Okay, now it’s your turn. You are the hero,” and this is why we all love Star Wars. The magic of Star Wars was in a particular formula for telling the story that calls to us, beckons us to live a hero’s tale in our own lives.

Okay, here’s why J.J. Abrams won’t blow it with the new Star Wars: The Force Awakens movie. Almost all Abrams’ work is heavily influenced by Joseph Campbell. This likely has to do with the fact that Abrahams went to college at Sarah Lawrence, which is where Joseph Campbell taught for nearly 40 years. Campbell was long gone by the time Abrams showed up, but his influence was indelible on the culture of Sarah Lawrence. Just look at Abrams’ list of credits, and start to think about them according to the Hero’s Journey script, and you can see it in nearly all of them.

Disney bought the rights to the Star Wars franchise—and Disney cranks out one hero’s journey movie after another—so they hired Abrams to do the films. Abrams is an expert at making hero’s journey films. This movie is going to be fine in part because Abrams’ films look and sound amazing, but more importantly because he’ll tell the story we want to hear—Joseph Campbell’s hero’s journey.

Abrahams went to college at Sarah Lawrence, which is where Joseph Campbell taught for nearly 40 years. Abrams’ work is heavily influenced by Joseph Campbell, and so was George Lucas’. Tons of Disney movies follow the Campbell script… it’s a perfect match. Star Wars fans will get exactly what they want from J.J. Abrams.

Campbell was a deeply flawed man, and his influence at Sarah Lawrence has been controversial. I have deep issues with the hero’s journey, because I think it’s a story based in coercion and violence. I find some resonances with the Christian narrative, but the overall story follows a trajectory that is ultimately selfish and violent. If you want to watch a talk I gave on this subject you can see it here. 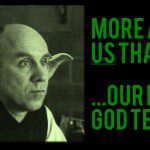 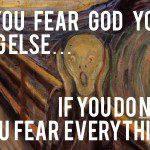