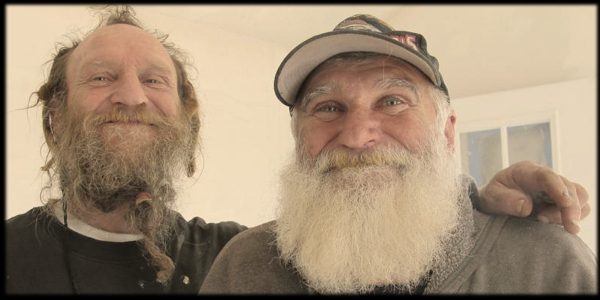 This is a great story from Frank Morris at KCUR – Kansas City Public Radio – involving a Redemption Church member named White Hawk. I hope you’ll take time to read it, or listen to it. The story is about the effort to try and help get more of KC’s homeless off the streets by building tiny houses.

The past few years have seen a lot of help come the way of folks who make their homes off the grid. I’m grateful that more help is on the way. Tiny homes are an interesting way to try and attack the problem. They give more freedom and autonomy, which will be appealing.

What I like most about this report is that it acknowledges some of the complexities involved for homeless people. I know it can be difficult to understand, but I have many friends who really need to live off the grid. Often people living this way are suffering from severe addictions and/or some form of mental illness. When that is the case, the life they live off the grid is sometimes the best option. They don’t want to get off the streets and back into society. They need to exist on the fringes of society.

I’m thinking of my friend Roger, who used to pitch a tent in different spots all over the neighborhood near our church. The police comb the woods a couple of times a week, so Roger had to make camp at night and be gone by early morning.

Roger had paranoid Schizophrenia. The disorder was severe enough that he rarely went a week without some form of hallucination.

Early one Sunday morning I had a lot of work to do on my sermon. I got to the church office long before the sun came up. It was chilly outside, so I was bundled up. I had my bag slung over my back, a coffee in one hand, and my cellphone in the other. I was listening to the Morning Office with my noise blocking headphones, so I didn’t hear Roger approach me from behind.

“Holy Schneikes!” I yelled when he tapped me on the shoulder. I nearly dropped my coffee. “You scared the ___ out of me, Roger!” He laughed so hard (Mostly that he had made me cuss). He hadn’t seen the headphones until then, and genuinely felt bad for startling me. Then he got down to business.

Roger had spent the night on the church steps, but didn’t sleep much because he was convinced that someone was watching him from inside the elementary school across the street. He had crouched behind a brick ledge and kept vigil against his imaginary pursuers all night long. He was pretty sure that I had called the police on him and was there to confront me. I talked him down and he finally let it go, but I got the feeling he was still suspicious of me.

Later on that week he had moved on to another conspiracy theory and came by the church looking for a ride to the bus station. He had gotten a ticket for vagrancy and didn’t want to go back to court (I think he had an outstanding warrant). This time he was convinced I called the cops on him. We talked for quite awhile that day about his options.

Roger had been in the state mental hospital before, and never wanted to go back to that. He had done time in jail and certainly didn’t want to go back to that, either. His life off the grid was about as good as it was going to get for Roger. He had some food stamp money each month. He had a dog to keep him company. He was able bodied, but not really of sound mind. If he was to survive outside the state hospital or prison system, it would need to be in the woods on the edge of the culture. Roger could have a decent life that way.

I’m not trying to make excuses. I’m just saying that I understand where these guys are coming from, and I can’t say I’d feel any different if I were in their shoes. I wonder what kind of society we would need to be in order to simply make space for folks like this to get some distance from the social norms of society, and try to find some kind of normalcy and community with each other. I wonder what kind of society we would have to be to just be content being in friendship with homeless folks, doing what we can to help, but not treating them like a problem to be solved.

Roger may never live inside again, and that is okay. White Hawk may choose to stay in the woods instead of moving into the tiny house, and that’s fine with me. I’m just glad he keeps coming back to Redemption Church. 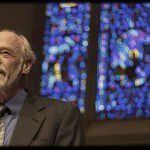 May 17, 2016 On The Importance Of Disappointing Your Congregation...
Recent Comments
2 Comments | Leave a Comment
Browse Our Archives
get the latest updates from
Paperback Theology
and the Patheos
Progressive Christian
Channel
POPULAR AT PATHEOS Progressive Christian
1