The Troubling Theology of Donald Trump 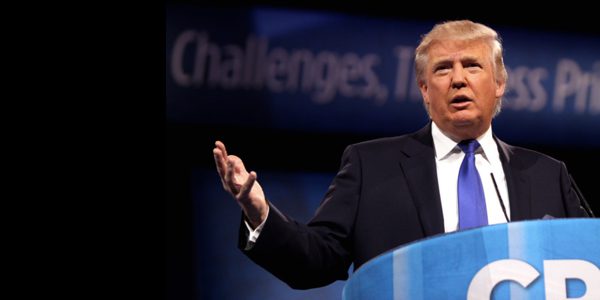 Peter Wehner is a lifelong Republican who served in the Reagan White House and that of George H.W. Bush. In George W. Bush’s White House Wehner was deputy director of speech writing and later head of the office of strategic initiatives. He writes largely for The Weekly Standard and National Review. It’s safe to say the man’s conservative Republican bonafides are unimpeachable. This matters because Wehner scorched Donald Trump on theological grounds in an editorial in The New York Times yesterday, arguing that Trump’s guiding philosophy more in line with Nietzsche than Jesus.

Donald Trump tells us his favorite book is the Bible. James Dobson, Jerry Falwell Jr., and Eric Metaxas have all, to varying degrees, lauded Trump as the man of God the nation is looking for. Robert Jeffress (1st Baptist Dallas), suggested that anyone who stays home on election day and doesn’t vote for the Republican nominee is motivated “by pride rather than principle.” All this to say that conservative evangelical leaders are giving Trump their full throated support.

Wehner sees this as problematic chiefly on the grounds that Trump’s guiding philosophy runs contrary to the teachings of Jesus. Here are a few excerpts from his article:

Time and again Mr. Trump has shown contempt for those he perceives as weak and vulnerable — “losers,” in his vernacular. They include P.O.W.s, people with disabilities, those he deems physically unattractive and those he considers politically powerless. He bullies and threatens people he believes are obstacles to his ambitions. He disdains compassion and empathy, to the point where his instinctive response to the largest mass shooting in American history was to congratulate himself: “Appreciate the congrats for being right.” What Mr. Trump admires is strength. For him, a person’s intrinsic worth is tied to worldly success and above all to power…

In his comments to that gathering of evangelicals, Mr. Trump said this: “And I say to you folks, because you have such power, such influence. Unfortunately the government has weeded it away from you pretty strongly. But you’re going to get it back. Remember this: If you ever add up, the men and women here are the most important, powerful lobbyists. You’re more powerful. Because you have men and women, you probably have something like 75, 80 percent of the country believing. But you don’t use your power. You don’t use your power.”

In eight sentences Mr. Trump mentioned some variation of power six times, to a group of individuals who have professed their love and loyalty to Jesus, who in his most famous sermon declared, “Blessed are the poor in spirit” and “Blessed are the meek,” who said, “My strength is made perfect in weakness,” and who was humiliated and crucified by the powerful.

To better understand Mr. Trump’s approach to life, ethics and politics, we should not look to Christ but to Friedrich Nietzsche, who was repulsed by Christianity and Christ. “What is good?” Nietzsche asks in “The Anti-Christ”: “Whatever augments the feeling of power, the will to power, power itself in man. What is evil? Whatever springs from weakness. What is happiness? The feeling that power increases – that resistance is overcome.”

Whether or not he has read a word of Nietzsche (I’m guessing not), Mr. Trump embodies a Nietzschean morality rather than a Christian one. It is characterized by indifference to objective truth (there are no facts, only interpretations), the repudiation of Christian concern for the poor and the weak, and disdain for the powerless. It celebrates the “Übermensch,” or Superman, who rejects Christian morality in favor of his own. For Nietzsche, strength was intrinsically good and weakness was intrinsically bad. So, too, for Donald Trump.

Mr. Trump’s entire approach to politics rests on dehumanization. If you disagree with him or oppose him, you are not merely wrong. You are worthless, stripped of dignity, the object of derision. This attitude is central to who Mr. Trump is and explains why it pervades and guides his campaign. If he is elected president, that might-makes-right perspective would infect his entire administration.

I supposed one could find analogous reasons to scorch Hillary Clinton as well. She is not above power politics by any stretch. However, the center of Wehner’s argument does not apply to Clinton, nor is she the candidate to whom evangelicals are pledging allegiance to in full force.

Like it or not Wehner has put his finger on a significant problem for evangelical Christians.

All of this is important because of what it says about Mr. Trump as a prospective president. But it is also revealing for what it says about Christians who now testify on his behalf (there are plenty who don’t). The calling of Christians is to be “salt and light” to the world, to model a philosophy that defends human dignity, and to welcome the stranger in our midst. It is to stand for justice, dispense grace and be agents of reconciliation in a broken world. And it is to take seriously the words of the prophet Micah, “And what does the Lord require of you but to do justly, and to love kindness and mercy, and to humble yourself and walk humbly with your God?”

Evangelical Christians who are enthusiastically supporting Donald Trump are signaling, even if unintentionally, that this calling has no place in politics and that Christians bring nothing distinctive to it — that their past moral proclamations were all for show and that power is the name of the game. 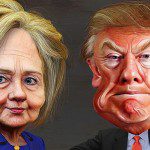 July 9, 2016 Why Do American Christians Trust the 2nd Amendment More Than the Sermon on the Mount?
Recent Comments
11 Comments | Leave a Comment
"Look at that sparkling star at the last panelGi.657JW.US/UX5071Fx"
Narayan The Unacknowledged Reason for Putin’s War
"But awwwwwwwW.657KW.US/O5071m"
emaraldragon The Pandemic & QAnon are Ruining ..."
"Trash putting the other trash in the trash canQ.657JW.US/L5071l"
PLAYPRETEND The Unacknowledged Reason for Putin’s War
"ML come first let me see your handsome faceB.JIAOFOU.COM.CN/Jb5071pD"
Powan Rich Mullins: Born On This Day ..."
Browse Our Archives
Related posts from Paperback Theology