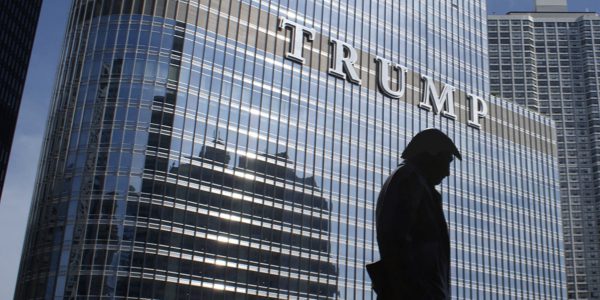 Corruption is what we call it when someone surrenders their integrity–their sense of wholeness and moral character, their basic humanity–for the sake of money, sex, or power. Corruption is a dehumanizing force that renders human beings less than fully human. Corruption is the basic failure to keep faith with the human family by abusing one’s privilege, power, or position for personal gain — all at the cost of the group. That’s the overarching reason corruption matters. There are more:

Corruption matters in a democracy because democracy is an idea that is completely dependent upon people who believe in that idea … in the rule of law, the common good, and one’s responsibility to society. Corrupt officials subvert democracy by selling influence. They undermine democracy by using their office to enrich themselves. Corrupt citizens abuse their freedoms in order to buy and sell politicians and then have the gall to claim this as the greatness of America. Influence peddling has now been legalized thanks to Citizen’s United. This form of corruption means that politicians are no longer doing what’s best for the country, and certainly not what’s best for the most vulnerable among us. Politicians are doing what’s best for their corporate benefactors, and whatever will keep them in power.

Corruption matters because it erodes our sense of trust in each other and our leaders. It rattles the very foundation of connection to each other. Ordinary people start to feel like this democratic republic, is not as strong as we thought it was. If a reality TV star and a dwarf-superpower (Russia) can hack the American electorate and begin to disintegrate decades of diplomacy and governance, then how strong are we really? In that situation people turtle up. They get defensive and selfish, thinking: if this is all going down, I better get mine while I can… and there goes the public trust.

Corruption Hurts the Poor More than the Rich

The rich can handle a little corruption. It’s the cost of doing business. The rich can afford lawyers and litigation costs in order to press their own rights and keep people accountable. The poor don’t have the money for that. Money is power in our society. It is supposed to be that power resides with the people. Now it resides with the corporate interests and corrupt politicians. The rich can make the laws work for them. The poor don’t always have the capital to make that happen. One could say that the people still have the vote. However, the rich have already bought the slate of candidates from both parties, and are able to control the public imagination through ownership of news outlets.

Corruption in the Presidency is the Worst

Corruption depends upon more corruption to stay afloat. Once you’ve told a lie, you’ll have to tell a bunch more to get away with it. Suppose for a moment that the left-wing Trump haters are correct. Trump is implicated in a conspiracy to defraud the American people, the violation of campaign finance laws, obstruction of justice, money laundering, and violation of the foreign corrupt practices act. How could he get away with it? He would need to do at least three things: 1) Convince congressional overseers to refuse to hold him accountable (check). 2) Have some means of propaganda, like Twitter and Fox News, spread enough disinformation to maintain some level of support (check). 3) Lie publicly and often, then manipulate those around him to lie enough that a significant portion of the public either believes he’s telling the truth, or they simply don’t know what to believe (check). Corruption makes it possible to continue to corrupt more things, because implicated co-conspirators have to save the corrupted official in order to save themselves.

Corruption Gets Overlooked at the Ballot Box

Historically, corruption doesn’t always matter at the polls. Many people are willing to excuse those who run for high office from a test of integrity, as though a certain amount of corruption is just baked into the cake. All politicians are the same (corrupt) so let’s make sure our side wins, right? He might be a corrupt idiot, but he’s our corrupt idiot. Remember that Nixon was knee deep in Watergate when he cruised to reelection. If congress won’t police itself, then politicians really don’t pay a high enough price at the ballot box to keep them from acting corruptly.

How Do We Make Corruption Matter More?

If we are to make corruption an issue that creates change, here’s where we should start.

Care more about the survival of democracy than the success of our party. Christians, especially, need to resist identifying with a political party, and participating in party aligned tribal warfare. 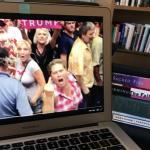 August 1, 2018
How Does This All End? How Do We Come Back Together?
Next Post 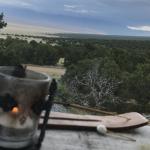 August 22, 2018 Striving For Silence When the Worries Come
Recent Comments
0 | Leave a Comment
"WRONG about entitle. It means give a title to. There are lots of words beginning ..."
Old_Mr_Boston Top 10 Grammatical Errors – errors ..."
"Yes.1 Thessalonians Chapter 4 and 1 Thessalonians Chapter 5 show two events.Chapter 4The first event ..."
disqus_mrwby The End of Dispensationalism
"If American Christians followed the example of Christ, I might consider stopping being an antichrist. ..."
Mark J Why Do American Christians Trust the ..."
"I would prefer the constitutional republic we started as and not the foolish democracy of ..."
Everett Kier Jr Binging Trump: Our Self-Destructive Addiction
Browse Our Archives
get the latest from
Paperback Theology
Sign up for our newsletter
POPULAR AT PATHEOS Progressive Christian
1