Who Would Jesus Deport?: For the Christian, Immigration Isn’t About Politics or Economics

I am raising my voice in opposition to the prospect of the United States Government rounding up and deporting millions of our neighbors because they do not have legal immigration status. I’m doing so as a Christian and as a pastor. Because, for the Christian, immigration isn’t about politics or economics. Immigration is a matter of hospitality, and a matter of adhering to the teachings of the Bible.

So, who is my neighbor? One of Jesus’ most famous stories addressed this question. A Jewish man was attacked by robbers and left for dead by the side of the road. Two good Jewish leaders, a priest and a Levite, passed the man without helping. Then the hated foreigner, a Samaritan, stopped and cared for the man, treating his wounds and helping to pay his medical costs, proving himself to be the true neighbor.

Those who first heard the parable got the point: stop considering the Samaritans as unworthy of being your neighbor. If Jesus were telling the story today, I think the Samaritan would be from Mexico or Syria. For contemporary readers the point is equally stark: stop considering immigration status when it comes to deciding who is your neighbor. One could say it more pointedly: you are not a good neighbor when you call for your neighbor to be deported. You are a neighbor when you stand with them and ask that they be included in the community.

When the Christian is faced with the prospect of mass deportations, politics and economics should go out the window. This is a matter of hospitality, and friendship. It’s a matter of discipleship and obedience.

I’ve heard the objections. “The illegal immigrants aren’t my neighbors. They’re not even supposed to be here.” Again, if we say this we are on tenuous ground, because the Bible contains an explicit command on the matter: “When an alien resides with you in your land, you shall not oppress the alien. The alien who resides with you shall be to you as the citizen among you; you shall love the alien as yourself, for you were aliens in the land of Egypt: I am the Lord your God.” (Leviticus 19:33-34).

There’s no wiggle room on this issue. As a Christian, you are required to love the alien (legal or not) as yourself. The alien who resides with you should be treated like a citizen. Why? Because God’s people were aliens at one time. And so were your people. Translation: you are no better than the illegal alien. If you are not a Native American, then your people were aliens in the land of America at one time. Your lack of hospitality for the alien among you is an insult to the memory of your family, and your church heritage. It is offensive to God when his own people, who were once strangers in a strange land, support the politician’s plans to deport millions of strangers living among us.

Opposing mass deportation is not only a matter of hospitality, it’s a matter of faith. Do we not believe that if we show radical hospitality to the strangers among us who do not have legal status, that God will have our backs? Do we think God will not take care of us when we do the right thing? Do we think God is as small and petty as the politicians? Surely we can have enough faith to believe that if we are generous with our immigrant friends, they will be generous toward us as well, and God even all the more generous with us all?

On the other hand, what is the price tag if we get this wrong? Jesus promises to judge the nations one day. You know what the criteria is? “For I was hungry and you gave me food, I was thirsty and you gave me something to drink, I was a stranger and you welcomed me.” (Matthew 25:35)

I was a stranger… and you welcomed me. That’s how you know whose future lies with God, and whose isn’t. And not for nothing, but if your only excuse is “they are illegals,” Then read the passage carefully. Because the prisoner is supposed to get the same kind of hospitality.

Who would Jesus deport? Seriously? Can you see Jesus standing with Kris Kobach and Donald Trump on this issue? I don’t see it.

Immigration reform is long overdue. And there are many complicated issues that need to be discussed and decided. But this one is simple. This one is addressed over and over in the bible. This one is not ambiguous. “You shall love the alien as yourself, for you were aliens in the land of Egypt.” And just in case you didn’t get how serious God is about this command, God left an official stamp on the end of the passage: “I am the Lord your God.” It was God’s way of saying, don’t mess with me on this one. Just do it. 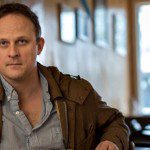 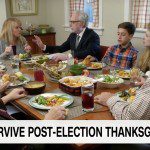 November 24, 2016 Wolf Blitzer Moderates Thanksgiving Dinner Like a Political Debate - Happy Thanksgiving Everyone
Recent Comments
273 Comments | Leave a Comment
""murderous attack' is part of war and the only goal war is to win"
Rohan The Unacknowledged Reason for Putin’s War
"Even as a child I rarely found "Slapstick" funny. The antics of "The Three Stooges" ..."
Lindsay Stafford Best April Fools Prank Ever & ..."
"they can be fun as long as they don't go too far."
Brandon Roberts Best April Fools Prank Ever & ..."
"Amen!"
Rachel The End of Dispensationalism
Browse Our Archives
Related posts from Paperback Theology