How to Pray When You Don’t Believe in God: Some Perspective from Frederick Buechner

How to Pray When You Don’t Believe in God: Some Perspective from Frederick Buechner August 24, 2017 Tim Suttle 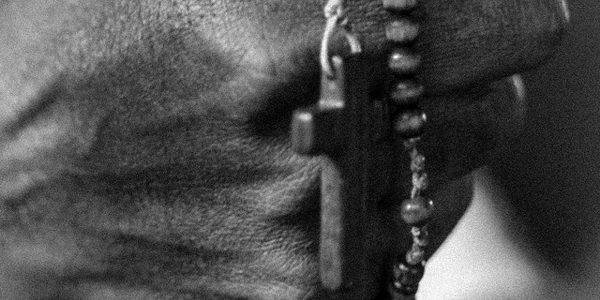 On my sabbatical I’ve been slowly reading back through the trilogy of Frederick Buechner’s memoirs. I’ve read them all more than once, so for variety’s sake I took them in reverse order – Telling Secrets, Now and Then, The Sacred Journey. The middle book contains what has to be one of my favorite bits of writing by Buechner in all his work.

He tells the story of going to a seminar on prayer. The presenter was an Episcopalian faith-healer (I know, right?) named Agnes Sanford. Buechner says she looked more like the moderator of a civic organization than a faith healer, direct and down to earth. And this is what she said.

She often pictured Jesus standing in churches in the midst of Sunday worship with his hands tied behind his back, unable to do any mighty works because the ministers either didn’t expect him to, or were too afraid to ask. Buechner confessed his own kinship with those who suspected that God neither needed their prayers nor really wanted them. Doubts, confusion, even just the various uncertain processes of the spiritual journey probably put us all in this category from time to time. God knows there are many days I wake up feeling much more lost than found.

The whole point, according to the Episcopalian faith-healer, was that you had to expect God to show up, believe that something might indeed happen when you pray. It was faith, she told them, that unbound the hands of Christ.

“Inside us all, she said, there was a voice of doubt and disbelief which sought to drown out our prayers even as we were praying them, but we were to pray down that voice for all we were worth because it was simply the product in us of old hurts, griefs, failures, of all that the world had done to try to destroy our faith. More even than our bodies, she said, it was these hurtful memories that needed healing …

The healing of memories was like the forgiveness of sins, she said. Prayer was like a game, a little ridiculous the way she described it, but we were to play it anyway – praying for the healing both of ourselves and others – because Jesus told us to and because most of the other games we played were more ridiculous still and not half so useful.”

Those two points really struck home to me this morning. First, that Jesus’ hands are tied by our own unbelief. Part of our job is to fight back against our doubt and disbelief. Not that we need to practice self-deception, but rather that we need to acknowledge that the natural disposition is belief. Doubt and disbelief are more a result of old hurts, griefs, failures and all the world has done to destroy our faith.”

The second point is nearly as important. Prayer is like a game. Sure it can seem ridiculous at times, but we have to play it anyway because Jesus told us to and because, after all, we play silly games all day long. At least the silly game we call prayer is deeply human, humane, and humanizing as opposed to the other games we play in our life that are not half so useful.

The language of prayer didn’t matter. Only the faith. And faith must be practiced over time, just as doubt and disbelief must be resisted over time. Faith gets stronger with practice, and disbelief will abate when consistently opposed. Maybe this is a bit of a mind game. But what isn’t a mind game? At least this game has us reaching for the divine that lives inside us all.

While he was teaching at Exeter academy Buechner was once leading a chapel service with 800 cynical kids and faculty who were suspicious of all things religious, but really liked their honest and earnet religious studies teacher (Buechner himself). Two members of the Exeter community were dying of cancer and on a whim he stopped the service and asked them all to pray silently that God would heal their friends. Either out of compassion or shear surprise at being asked they all, to a person, seemed to earnestly pray together in a moment of stillness and quiet that was pregnant with the divine.

Nobody was healed. They both succumbed to cancer. What Buechner said about that experience, however, was that somehow the bonds of community and the love that existed in that community was enhanced and nourished by that time of silent prayer. It wasn’t the result they prayed for exactly, but the result of the prayer wasn’t insignificant. This is another reason to practice prayer, to fight against doubt and disbelief, to bang on the doors of heaven, to address God even if you don’t believe in God.

August 23, 2017
Reporters Are Actually Forced to Have Integrity - Here's How It Works
Next Post

August 25, 2017 The Numbers Say Evangelicals are Losing Faith in Trump ... I don't Buy It
Recent Comments
2 Comments | Leave a Comment
"Thanks"
Richard Aahs Washington Post Article On Critical Race ..."
"Ignorant Socialists don't understand sarcasm and other forms of standard English. Sarcasm."
bill wald Why is Critical Race Theory So ..."
"Before reading this article I knew just a few of the points comprehensively put forth ..."
Cynthia Brown Christ Why is Critical Race Theory So ..."
"good article."
Brandon Roberts Washington Post Article On Critical Race ..."
Browse Our Archives
get the latest updates from
Paperback Theology
and the Patheos
Progressive Christian
Channel
POPULAR AT PATHEOS Progressive Christian
1