I confess that the USCIS (United States Citizenship and Immigration Services) is starting a denaturalization task force to revoke citizenship of naturalized citizens they find objectionably brown, then remove them from the country. These people are so dangerous to our society that they apparently lied about some aspect of their application, passed background checks, did the interviews, did the classes, passed the citizenship exam and took the oath. Our government wants to revoke their citizenship, and send them away. No word yet on whether or not the government is planning to arresting WWII veterans who lied about their age and joined the army illegally.

Speaking of the army, I confess that the U.S. Army has begun quietly discharging immigrants from their ranks. Immigrants, who must prove legal status (green card or visa) and can serve in the armed forces in exchange for a path to citizenship. One of these objectionable immigrants named Lucas Calixto had the gall to claim: “It was my dream to serve in the military … since this country has been so good to me, I thought it was the least I could do to give back to my adopted country and serve in the United States military.” No word yet on if the Trump regime plans to deport all 10,000 of these dangerous immigrants who are putting their lives on the line to keep America safe.

Speaking of putting your life on the line, I confess that one patriotic American woman decided to celebrate July 4th by beating a 92 year old Hispanic man with a brick. The 92 year old, Rodolfo Rodriguez, was taking his evening walk when he tried to get out of the way of an approaching toddler. Anybody who has had a toddler knows they can easily get twisted up in your feet, which is apparently what happened. The man “bumped into” the kid, which set the mother off. She proceeded to knock him to the ground and beat him with a brick yelling, “Go back to your country. Why are you here?” The 92 year old Rodriguez, a legal American citizen, has a broken cheek bone, broken ribs, and bruises all over his body.

I confess that in an attempt to cover up their wrongdoing, ICE officials falsely accused a man named Daniel Ramirez Medina of being gang affiliated. Median is officially protected from deportation as part of the DACA program, and should not have been detained by ICE. In an attempt to cover their mistake ICE fabricated evidence of his association to a gang (he had a tattoo of the name of his hometown). Judge Ricardo S. Martine ruled that ICE’s allegation was not only wrong, but the judge actually accused the agency of lying to the Federal Court in order to attempt to obscure the fact that they wrongfully detained and started proceedings against a legitimate Dreamer.

I confess that last week the Trump administration dramatically increased the number of children it admitted have been separated from their parents at the border. The number is now “under 3,000.” Just a quick reminder that when a young child is separated from their parents, the longterm impact is typically some kind of dramatic childhood attachment disorder. You should read about it… pretty nasty stuff. I confess that our government has not only committed a grave injustice, but it is now dragging its feet in correcting it. I confess that the Trump administration’s response is still: this is not our fault, it’s the fault of a broken immigration system.

I confess that the Trump administration seems to be planning to continue to escalate their rounding up of undocumented immigrants. I confess that our government is keeping immigrants in modern day internment camps. I confess that many of the parents separated from their children, and many of the immigrants now held in these internment camps are decent, hardworking, good people who are fleeing from incredible violence in Central America. They did not break the law when entering the U.S. because they came seeking political asylum. I confess that I find it hard to believe that a virtuous people would allow this sort of thing to happen in our name. I confess that I do not believe that our nation is done ripping children from the arms of their parents. Officials have admitted in the past that the U.S. military was asked to make space to imprison up to 20,000 immigrant children.

I confess that it seems a shallow and naive to simply abdicate our responsibility for the immigration mess. The fact is: most of the violence that our neighbors to the south are experiencing comes as a result of the drug trade. Like it or not our fellow Americans are financing the drug cartels by purchasing weed, cocaine, and other drugs illegally. If Americans would stop with the drug use, the cartels would be out of business in a year.

I confess that our country also depends upon undocumented workers for agricultural labor. Many harvests would fail without workers who cross the border to work in the fields of California. I confess that we are quick to scapegoat immigrants, calling them criminals, then completely abdicating our own responsibility for the immigration problems we are facing.

I confess that Americans finance the drug cartels that terrorize Central America. American drug use is the ultimate cause of the violence they flee. I confess that we use cheap immigrant labor, then hate and abuse them for coming here to feed us more cheaply… I confess.

July 4, 2018
In Praise of Democracy: The Best Version of Patriotism is Self-Sacrifice
Next Post 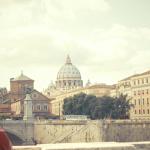 July 21, 2018 Faith Isn't Just About Beliefs: Faith is About the Direction You Are Moving In Your Life
Recent Comments
0 | Leave a Comment
Browse Our Archives
Related posts from Paperback Theology