Wednesday Wisdom: No Truth? No Justice? No Peace. 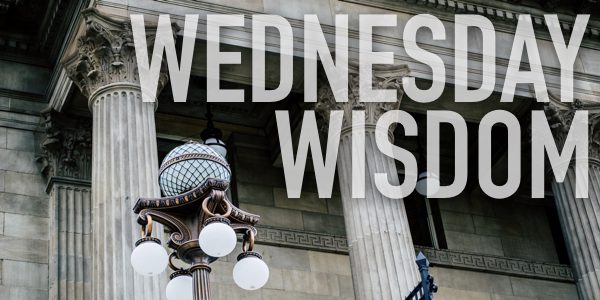 Peace is not pragmatic. It’s not a strategy or procedure put into effect in order to engineer a desired outcome. Peace is the outcome.

I’m slow-reading Stanley Hauerwas’ book on Dietrich Bonhoeffer called Performing the Faith. The introduction begins with this long quote from Bonhoeffer. He was writing these notes and lectures in Germany during the rise to power of the National Socialists. The NS party members were subverting norms, scapegoating minorities, and pushing the boundaries of German culture to see how much they could get away with. Sound familiar? More than anything, they were lying, outright, with impunity.

Bonhoeffer had this to say about it:

“The church gives no gift to the worlds in which it finds itself more politically important than the formation of a people constituted by the virtues necessary to endure the struggle to hear and speak truthfully to one another.” (Hauerwas, Performing the Faith)

Translation: a big part of the church’s job is to form people who are capable of telling the truth.

According to Bonhoeffer and Hauerwas, the Christian does not withhold peace from the world, like a hostage held for the ransom of truth and justice. We don’t say, “No Truth? No Peace! No Justice? No peace!” We simply say that peace cannot exist without the ability to tell the truth and to practice justice.

Like Bonhoeffer, I’m writing this at a time when the president and members of his administration are subverting norms, scapegoating minorities, and pushing the boundaries of American culture to see how far we will let them go. And, they are lying, outright and often. All I know to do in response to that, is to try and tell the truth, and plead for justice.

Our government is accosting refugees from drug violence and poverty at our southern border–people seeking political asylum–they are arresting them, charging them with a misdemeanor, separating them from their families, and incarcerating their children. This has been characterized by the head of the AMA as child abuse, and by the UN as a human rights violation. In essence, the party in power is holding children hostage in order to produce enough outrage in the culture, that they can get funding for a border wall. On top of this, they are lying about it, saying it’s not their policy, it’s the fault of democrats, they don’t want to do this but they have to, and they are quoting the bible to support their behaviors… quoting the bible, friends.

This is not gospel, this is a moral evil. This is not the kingdom of God, this is the kingdom of evil. If the church cannot simply tell the truth about that (hang the politics and party loyalty) than we are no good to our society.

June 25, 2018 Monday Morning Confessional: I Am A Walking Talking Confirmation Bias Machine
Recent Comments
0 | Leave a Comment
Browse Our Archives
get the latest from
Paperback Theology
Sign up for our newsletter
POPULAR AT PATHEOS Progressive Christian
1