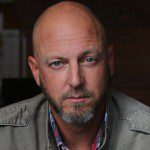 Tim Suttle is a pastor, writer, and musician. His latest books is called Shrink: Faithful Ministry in a Church Growth Culture (Zondervan, Sept. 2014). Tim often writes for the Religion Section of The Huffington Post, and his work has been featured at The Wall Street Journal, The Washington Post, Sojourners, and Immerse Journal. Tim is the author of An Evangelical Social Gospel? (Cascade Books, 2011), and Public Jesus (The House Studio, 2012). Tim is also the founder and front-man of the popular Christian band Satellite Soul, with whom he toured for nearly a decade. Tim has a BS from Kansas State University, and an MDiv. from Nazarene Theological Seminary. Tim has planted three flourishing churches over the past 15 years and is the Senior Pastor of Redemption Church in Olathe, Kan. He and his wife, Kristin, live in Kansas City with their two boys, Nicholas and Lewis.