The Most Wonderful Time of the Year

I love Halloween. I always have.

When I was a child, I loved Halloween for the same reasons as children everywhere. The fun of dressing up and, of course, the free candy. The adventure of going to so many houses and being out after dark. The delightful thrill of pretending to be scared of the spooky decorations and spooky costumes. My parents were less openly enthusiastic, but I know my mother’s creative side enjoyed coming up with new ways to use our costume pieces each year, and my father drove us (we were country kids) from house to house without complaint.

1) No housecleaning. I love thanksgiving and Christmas as much as anyone, but honestly, isn’t it stressful trying to get the house into holiday condition? Halloween doesn’t require inside hospitality, and it’s not one of those holidays that calls for photo-perfect indoor backgrounds. Instead, throw a couple pumpkins on the porch and a paper ghost on your door and you’re good to go! Is any other holiday so easy on the keeper of the home?

2) No cooking. Yes, I know the Martha Stewart types violate this–and #1–by hosting Halloween parties with themed dishes and decorations. What can I say? I’m no Martha Stewart. And fortunately, no one expects me to be. A variety pack of mini chocolate bars in a bowl, and your duty to the costumed masses is satisfied.

3) The creative outlet. I really enjoy planning my kid’s costumes, even back when I was an exhausted new mother and the costume was nothing more elaborate than a letter pinned on a shirt and a blanket/cape around the shoulders. Even then, I kept face paint in the house year round as a fun thing to play with on rainy or dull days. I was a theatre geek in highschool and still have fond memories of doing stage makeup. 🙂 As an adult geek, and mother to three small geeklings, I look forward to the cosplaying aspect of Halloween every year. Halloween takes the fun of dressing up and being crafty and expands upon it as little or as much as you like and have energy for.

4) Meet the neighbors – pressure free. Halloween is like speed dating for neighborhood adults. Greeting each other while the kids root through the candy bowl looking for the best treats allows just enough time to be friendly and catch up a bit, but not enough time to make any embarrassing social blunders. As a socially awkward introvert, that’s about the ideal amount of human interaction.

5) The chocolate. C’mon, admit it. Deep inside, doesn’t the kid inside you still finds it magical that so many people just give candy away? For free! To strangers who come to their door! It’s wonderful to be on the giving side too. Giving and getting something for nothing can make everyone involved feel good about the world and their place in it.

I know some Christians and even a few Catholics are uncomfortable with Halloween. I can’t say much about that concern because it’s not one I’ve ever shared, but if you find your conscience conflicted on this point, here’s some reading that might shed a little light on the history–and Catholicity–of Halloween.

The Long Twisted Story of All Hallow’s Eve:

“More than that, Halloween is called that because it is the vigil of the feast of All Saints or “All Hallows.” But that feast was not founded to accommodate British Celts; it was founded for Roman Christians.

“…All Saints was originally celebrated on May 13, but Pope Gregory III (d. 741) moved it to Nov. 1, the dedication day of All Saints Chapel at St. Peter’s in Rome. Notice that the All Saints Chapel is a considerable distance from the nearest Druid cult in the British Isles. Also notice that Gregory could not have cared less what the few remaining Celts might think about that — particularly because the feast was local to Rome and its environs and had nothing whatsoever to do with the British Isles.”

“The arrival of Catholic immigrants to the shores of Protestant America was a source of great cultural consternation. The public festivals of the Catholic Faith were characterized as a corrupting and dangerous form of paganism. Halloween with all its carousing and shenanigans was especially problematic, as it represented the incursion of a specifically Catholic cultural form into a public life that was supposed to be Protestant. Everything associated with these Catholic festivities was caricatured as pagan and the association stuck with even the Catholics internalizing the critique and believing that their own customs were holdovers from paganism….”

Why the Devil Hates Halloween:

“On Halloween, with the porch lights on and neighbors talking to one another and children laughing and playing after dark, this neighborhood looks like it did so many years ago, when everyone went to church on Sunday and families stayed together, and the Devil gnashed his teeth and waited for his chance to tear it all apart.

“…November 1 is the day we celebrate all of those souls that the Devil failed to snatch, and Halloween—All Hallows Eve, the eve of All Saints Day—is its vigil. And he can’t stand the fact that we celebrate the vigil of this great feast by engaging in acts of generosity and gratitude and neighborliness, in laughter instead of despair, shining a light into the darkness and returning, at least for one night, to the way life should be lived every day.” 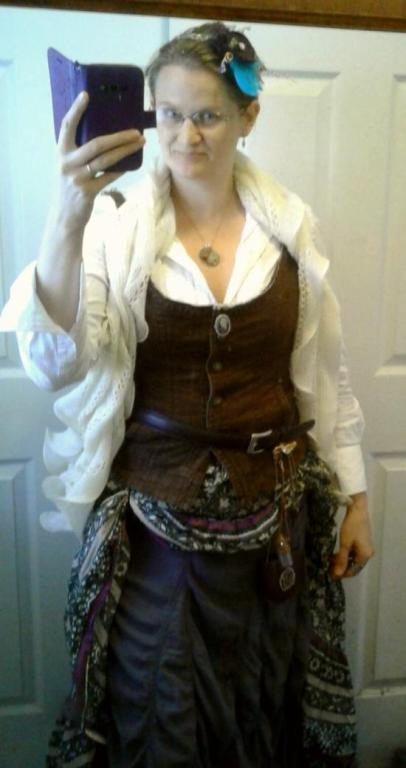 Have a Happy Halloween, everybody! 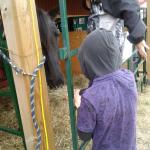 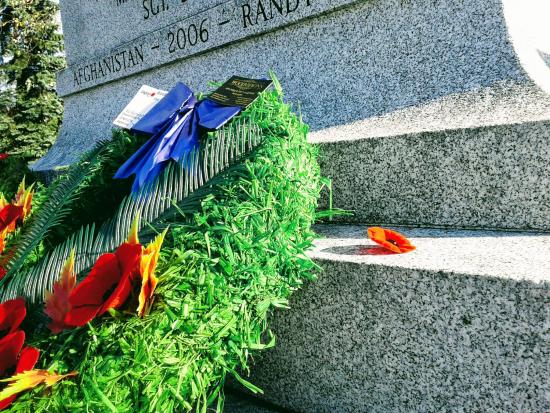 November 12, 2017 At the going down of the sun and in the morning
Recent Comments
0 | Leave a Comment
Browse Our Archives
Follow Us!

The Demand to Open Churches Is...
suspended in her jar