Ahmed Mohamed, and The Need For A New Narrative

Ahmed Mohamed, a high school student in Irving, Texas, had a rude awakening this past week when he brought a homemade clock to school. Much has already been written about Ahmed’s experience, as he appeared on Good Morning America, had a shout out from Mark Zuckerberg, and President Obama himself.

One of his teachers thought the clock looked like a bomb, and alerted authorities. Ahmed was escorted out of class, handcuffed, and interrogated. He was not even allowed to call his parents, and his parents were not informed of the arrest by the school.

Thousands have come together on social media to express their support of Ahmed, creating the trending hashtag #IStandWithAhmed, with shouts of Islamophobia and racism. Ahmed recounts to MSNBC’s Chris Hayes, “I felt like I was a criminal…I felt like I was a terrorist. I felt like all the names I was called.” Ahmed stated that in Middle School he was often called a “bomb-maker” and a “terrorist.”

Ahmed, a freshman, simply wanted to impress his teachers with the invention he made over the weekend.

I am attempting to not make this post into a giant eye-roll. I can concede that the clock that Ahmed built does look similar to a bomb, you know, if the bomb was in a 007 movie. I can concede that the teacher that alerted the authorities was genuinely afraid for the safety of the other students (maybe deep down the teacher wanted to play “hero”). Yet, when you break this story down, the overt racism abounds.

Some will deny that this was racially motivated, and even Irving Mayor Beth Van Duyne defended the school district and police, “I do not fault the school or the police for looking into what they saw as a potential threat…They all followed procedures.” However, bomb threat procedures typically include a school evacuation and bomb squad. Ahmed was simply arrested along with his clock, an act directed more at him individually than any perceived threat. So why does Mayor Van Duyne agree with the perception of Ahmed as a threat? I’ll give you the answer—because of his race and religion. If a white student were to bring in a similar looking device, the reaction would have been non-existent. It doesn’t help that the Irving mayor has had contentious interactions with the Muslim community before.

As a Malaysian-American, with a large Muslim family, it has always perplexed me to see the ignorant and racist remarks made about Muslim individuals. Growing up in a more conservative farming community, I continually heard disparaging comments made about anyone that even appeared to be Middle Eastern. It always pained me to hear these continual remarks, only knowing my Malaysian-Muslim relatives as loving and caring; however, in America they were painted as being extremist jihadists and terrorists.

It saddens me to see the Islamophobia and racism that Ahmed had to experience, but I am happy to see the outpouring of love and support that has resulted over this incident.

We recently remembered those lost 14 years ago during the attacks on September 11th. Since those despicable attacks, we have seen American troops throughout the Middle East. Though race relations have become a larger conversation in America, there seems to be a lack of interest in combating Islamophobia, especially as the world has now turned its attention towards combating the extremism of the Islamic State combatants. Additionally, European states are experiencing heightened xenophobia and Islamophobia as Syrian refuges walk for weeks with only a few belongings to find shelter away from their war-torn homeland.

There is an image that has been created about the followers of Islam as hatred-filled, self-imploding, bomb-making, terrorists, rather than fellow Americans who share in our culture of diversity and ingenuity. But that narrative, the fear that Islam produces nothing but violent extremists, put handcuffs on an innocent fourteen-year-old boy. We must change this narrative. 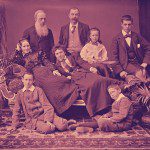 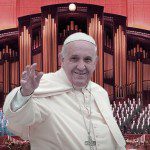