My mind leapt to the recent kerfuffle over at BCC over a devotional at BYU in which Elder Neil L. Anderson proposed “A Holier Approach to Ministering” and, remembering that Elder Anderson and skeptics both had valid concerns, I decided I’d organize my lesson around the talk.

To summarize: Elder Anderson expresses concern about how young folk are increasingly disaffiliating with formal religious communities and abandoning religious practices. Given that his prelude is the sociology of religion, it’s reasonable to infer that one purpose he perceives for ministering is to build close, empathetic, uplifting relationships to help young folk remain in the LDS fold.

He worries, though, that with the permission under the “ministering” program to conduct visits and contacts more informally, we might lose the “religious” dimension of “religious community.” Accordingly, he counsels, “Remember the first commandment” — to love God — “before exercising the second” — loving your neighbor. This is a valid concern, in my opinion: “love” is a multisemic word, and it’s all too tempting to conflate it with individualized approval (of whatever the person is doing, or of the person only when they meet certain standards). A grounding in a Christ-centered Mormon understanding of love seems advisable.

To make his case, Anderson contrasts “caring” with “ministering.” “Caring,” he says, is a commendable, Christ-emulating activity — providing corporal acts of service, emotional support, and so forth. However, it’s not particularly religious: Mormons and non-Mormons do it alike. “Ministering,” therefore, must progress beyond “caring”:

A person with a good heart can help someone fix a tire, take a roommate to a doctor, have lunch with someone who is sad, or smile and say hello to brighten a day.

But a follower of the first commandment will naturally add to these important acts of service, encouraging the person who is doing well in keeping the commandments and sharing wise counsel to strengthen the faith of someone who is slipping or who needs help in moving back onto the path he once traveled. …

To minister spiritually can begin with baking cookies or playing a basketball game, but eventually this holier was of ministering requires opening your heart and your faith, taking courage in encouraging the positive growth you are seeing in a friend, or expressing concerns about things you see and feel are not consistent with discipleship.

At this point, I asked the class what pitfalls we might encounter while trying to minister in this way. I figured that “ministering” in Elder Anderson’s sense was a challenging charge that would require some interpersonal deftness, and that the quorum would be a good place to introduce it and puzzle out the basics of its practice. Some of the suggested points of friction were the following:

With these tripwires mapped before us, we turned to the practice of ministering. I noted that in many cases we have a hard enough time even “caring” for others, let alone establishing friendships wherein deep conversations of the soul can take place. Indeed, if conceptually ministering goes beyond caring, temporally caring almost always must precede ministering: trust and love rarely sprout in unfertilized soil.

To help establish such relationships, I recommended that we look beyond formulaic expressions that risk obscuring the individual, personal relationship we have underneath impersonal, ready-made language. (I’ve done this before: it’s not a pleasant result for either party.) Others suggested that we attempt to create an environment wherein the Spirit is welcome; establishing consistency in friendship over time; casually share your own experiences living the Gospel; offering to help (however you can) in the process of overcoming a weakness; and taking the other person’s questions, insecurities, and weaknesses seriously. All these can be ways of sharing testimony without the ubiquitous “I know that…,” of inviting others to participate in a holy community.

It’s also somewhat safe to assume that people are in the LDS Church community for specific reasons (the atoning power of Jesus Christ + the Restoration, belonging, ordinances, family, etc.), and that some number of those reasons, especially the ones related to Mormon religious truth claims, overlap. Finding the reasons you share with another person provides a foundation for a spiritual relationship. (Granted, at BYU the dynamics are sometimes fraught: parental influence can induce people to attend regardless of firm acceptance of truth claims, and a faith crisis has consequences beyond one’s relationship with the church community.)

In the end, our goal isn’t just any religious community; it’s Zion, wherein the inhabitants are of one heart and one mind, though all are individuals. Inasmuch as it is a religious community, the “holier approach” of ministering needs to have a place. And inasmuch as humans constitute Zion, flawed individuals need to be able to minister and be ministered unto. Only thus can we knit our hearts together.

As I left the lesson, though, I could not help but think of a book I read last week, Steven Bilakovics’s Democracy without Politics. (I took two classes from Bilakovics in college, and he advised me on my senior thesis about church and state in the Book of Mormon.) Put succinctly, Bilakovics’s argument, drawing from Tocqueville, is that democratic culture contains the seeds of its own dissolution: democracy’s primary value is openness, and democratic peoples come to consider anything that stands in the way of openness to be inimical to their wellbeing, including the forms of society that give shape to our otherwise overwhelmingly formless lives. “Politics,” the process of meeting with other citizens as equals to argue and compromise over their tensions, becomes regarded as merely a human contrivance; what democratic peoples prefer is to feel “free when by oneself but also when by himself with others … being together-as-one, without effort and without mediation or compromise, in a way that feels spontaneous, authentic, and natural” (99).

This came to mind because in trying to solve the discomfort of spiritual discussions, I recommended that my fellow men in the Elder’s Quorum foster relationships more like the ones Bilakovics identifies as pathologically democratic: frictionless, effortless, free of artifice or conventional language, individual. I worry that, if viewed as universal, my advice might make the cost of Zion — in time, attention, and emotional resources — too high. There has to be some way to minister in ways that don’t assume preexisting or laboriously constructed deep friendships. That in mind, not every ministering relationship needs to include spiritual redirection or guidance; some are fulfilled by caring. And sometimes we’ll need to spiritually minister to people we haven’t befriended; in such cases, being asked to do something superhuman, we should acknowledge the gravity of the task, humble ourselves, and seek the Spirit as we go about it.

August 9, 2018 Do Married Mormon Men Understand Consent?
Recent Comments
0 | Leave a Comment
"For some reason, this article popped up in my feed just today. I can't imagine ..."
trytoseeitmyway The Women Who Enable Abusive Men
"In response to a 2012 atheist billboard I wrote the following about it saying the ..."
DisqusIMO On Mormons and Planets
"Season 4 of Fargo--where Timothy Olyphant plays the Mormon lawman Deafy and Chris Rock plays ..."
xert Mormon ‘Niceness’
"I pretty much wrote the exact same thing about my husband's "bachelor name" back in ..."
Brita Long No, I Did Not Keep My ..."
Browse Our Archives
Related posts from Peculiar People 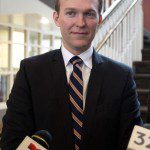 Latter-day Saint
A Hillbilly, a Professor, and a Mormon Mayor...
Peculiar People 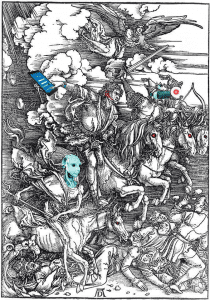