As a Mormon, it’s hard for me to watch or listen to anything the Bundy boys say without being instantly reminded that they represent a very real element within my belief system. One that I don’t happen to agree with or particularly like, but is nevertheless tied to a shared history. When I hear Ammon Bundy bearing his testimony that he knows the federal government isn’t true, I close my eyes and wish this wasn’t all somehow rooted in the faith we share.

So, for those of you who feel like I do and wish that they were simply just part of a larger movement of militant conservatism, independent of any Mormon connection, you’re in luck. Sort of. Ben Geman over at the National Journal put a piece up on Saturday that ties Bundy’s actions to “the far-right, an­ti­gov­ern­ment ‘pat­ri­ot move­ment,'” which he explains in detail in the piece. He manages to dissect Bundy’s ideology without mentioning Mormonism at all. It’s a refreshing thing to read, even though at the end of the day I still can’t shake the unfortunate connection I have with these protesters.

Here’s the full article, if you’re looking for a little Bundy escapism, sans the Mormonism. http://www.nationaljournal.com/s/253039/deep-roots-oregon-standoff 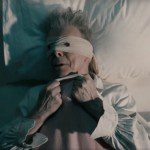 January 18, 2016 The Courage and Light of Martin Luther King, Jr.
Recent Comments
0 | Leave a Comment
"In response to a 2012 atheist billboard I wrote the following about it saying the ..."
DisqusIMO On Mormons and Planets
"Season 4 of Fargo--where Timothy Olyphant plays the Mormon lawman Deafy and Chris Rock plays ..."
xert Mormon ‘Niceness’
"I pretty much wrote the exact same thing about my husband's "bachelor name" back in ..."
Brita Long No, I Did Not Keep My ..."
"I just watched some footage of him. I believe you might be literally right.https://www.youtube.com/wat..."
Wubbsy Jon McNaughton, the Obama Era’s Most ..."
Browse Our Archives
get the latest from
Latter-day Saint
Sign up for our newsletter
Related posts from Peculiar People