Being a Legislator in Utah Doesn’t Sound Fun

For the second time in as many weeks, a Utah legislator who identifies as an active, believing Mormon has expressed frustrations with the leadership of the Church of Jesus Christ of Latter-day Saints.

State Sen. Steve Urquhart, a Republican who represents Utah’s 29th Senate district, is the chief sponsor of S.B. 107, a hate crimes amendment that would among other things specify the protected classes under current Utah hate crime law and strengthen punishments. Here’s a brief description of the amendment via the Salt Lake Tribune:

SB107 would strengthen Utah’s existing hate-crimes laws by allowing prosecutors to enhance the felony and misdemeanor criminal penalties for acts motivated by bias. It would also include in its definition a list of protected classes, including “ancestry, disability, ethnicity, gender, gender identity, national origin, race, religion or sexual orientation.”

The LDS Church, however issued a statement cautioning Utah legislators that such an amendment might “alter” the balance of last year’s anti-discrimination law. More via the Trib:

The faith’s statement offers no specific support or opposition, but suggests lawmakers should not tackle any issue that would tread into areas where LGBT rights and conservative values might collide, including those related to marriage, adoption, religious liberty and, apparently, hate crimes.

According to more recent reports, the church’s statement has likely compromised support for the bill. Urquhart is not super happy about that.

In fact, Urquhart went on record expressing his frustration with how The Church handled the ordeal at a press conference. Fox 13’s Ben Winslow live tweeted the whole thing, capturing the frenetic energy in a way that only live tweeting something can:

“Any claim that my bill needs to go away because of a lack of balance, that’s a false flag,” @SenatorSteveU says. #utpol

.@SenatorSteveU basically not backing down. “Full #LGBT rights will be recognized in #Utah. That train has left the station.” #utpol

.@SenatorSteveU says he apologizes to the Jewish community for no legal protections “because of a press release issued by my church.” #utpol

“It is our church that has specifically rejected that balanced approach,” @SenatorSteveU says. He walks out of the room. #utpol

In his frustration over the church’s interjections into local Utah politics, Urquhart joins Sen. Mark Madsen, who recently saw his medical marijuana bill deflated after The Church issued a similar cautionary statement (for more discussion of that bill, check out Cody’s post on Mormon morality). Madsen, who is also an active Mormon and a Republican (and the grandson of former President of the LDS Church, Ezra Taft Benson) similarly expressed concern over The Church’s influence on local legislation. Per the Trib:

The unwillingness by the church’s representatives to discuss concerns with the bill has Madsen frustrated and speaking openly about the faith’s work behind the scenes.

Clearly, both these issues have a lot more to them than this short blog post contains (so click the links and read on) but no matter how you swing it, being a politician in Utah doesn’t sound like a lot of fun. Pretty much everyone in the legislature is Mormon and Republican. That means proposing something that even moderately ruffles the wrong feathers on North Temple doesn’t only go against creed, it goes against party. 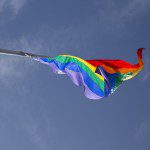 February 17, 2016
How has Obamacare Helped Queer People?
Next Post

February 22, 2016 I Bet I Know Who Hugh Nibley Would Vote For
Recent Comments
0 | Leave a Comment
"I pretty much wrote the exact same thing about my husband's "bachelor name" back in ..."
Brita Long No, I Did Not Keep My ..."
"I just watched some footage of him. I believe you might be literally right.https://www.youtube.com/wat..."
Wubbsy Jon McNaughton, the Obama Era’s Most ..."
"Funny that he chose to draw Obama when going away and goofing off on a ..."
Wubbsy Jon McNaughton, the Obama Era’s Most ..."
"From the OP:What I can’t support, however, is anyone using this new policy as a ..."
Kiwi57 To the People Defending the Church’s ..."
Browse Our Archives
get the latest from
Latter-day Saint
Sign up for our newsletter
Related posts from Peculiar People