Ritual and Renewal in Zootopia

If you haven’t seen Zootopia, go. Despite the fact that it is a Disney animated feature, it deals with some pertinent and broadly applicable social issues with nearly unmatched thoughtfulness. And the thoughtfulness isn’t accidental–the team that made the movie put a lot of effort into crafting it. It’s well worth your time and, as the post below is mostly about the ending of the film, I don’t want to spoil it for you.

Furthermore, the use of animals here isn’t juvenile, a sort of cutesy Noah’s Ark. Instead, animals allow the filmmakers to explore aspects of human psychology and society without remaining tethered to very particular real-world contexts or to the strictures of one-to-one allegory. Zootopia is a fable in which each of us will likely relate to multiple characters.

And while the Zootopia team consulted sociologists on the film, I’m almost certain they didn’t read Mircea Eliade on ritual theory to inform their choice of setting for the climax. Even so, a lot of what Eliade observed and recorded has replicated itself across human societies from time immemorial; Zootopia is another example, deserves analysis.

One more note: don’t skip the links! They’re all to some of the movie’s fantastic concept art.

Some have taken to calling Zootopia’s original concept–vastly different from the end product–Zoodystopia. In this alternate universe, Zootopia’s majority prey residents have forced the minority predators to perpetually wear collars that would shock them if their emotions ever became amplified.  Nick Wilde, a shady fox framed for a killing, tries to escape from–and has to team up with–Judy Hopps, a hard-boiled rabbit police officer.  Needless to say, while the characters’ names and species remained unchanged, very little of the film’s original (and inferior) treatment arrived on the silver screen. [1]

Nevertheless, at least one aspect from this initial treatment stood out to me: Animalia, the Olympics-like celebration where the climax took place. [2] Such spectacles in our world seek to weave together history, folklore, art, and dance to embody the soul of a nation, place, or people. [3] And so it is here: Zootopia would witness the recreation of its mythic past, its transition from the chaotic state of nature–wherein, in Hobbes’s words, life is “nasty, brutish, and short”–to the order of civilization. Through this ritual of Zootopian public religion, participants and observers recommit themselves to the notion that predator and prey can live in peace. Conspirators intend to coopt this space, staging an incident to fully justify prey’s fear of predators. If they managed to disrupt the ritual, they would also disrupt the old story and break the pact, leaving the prey justified in banishing the now-treasonous predators.

How the ritual actually plays out determines the message of the film. For instance, Nick could drive the chief villain–a prey animal disguised as a predator–into the center of the stadium. A frisson sweeps through the crowd: here is a predator without a collar, a spectre from the savage past. But when Nick unmasks the villain–when the crowd expects him to dive in for the kill–he relents and turns the villain over to Officer Hopps. Rule of law displaces rule of might. The prey understand that the predators are willing co-signatories of the social contract. The collars are abolished, and Zootopia lives up to its founders’ intentions. [4]

The climax of Zootopia’s final cut still shares a few elements of the original outline: a conspirator attempting to banish the city’s predator population is discovered and thwarted. But the location of the climax and the ritual performed are vastly different and, I would argue, a more solid basis for the ritual reconstruction of Zootopian society.

Now, skip forward. In the final action sequence Nick and Judy decide to take a shortcut through the Natural History Museum. This building memorializes the reconciliation of predator and prey that blossomed into Zootopia. A mural of zebras and lions shaking paw and hoof overlooks the main entry hall; at the head of a stairway, an inscription reads, “EYES UNDIMMED BY HUNGER OR FEAR / LEGS WITHOUT URGE TO CHASE OR FLEE / BUT WALK SIMPLY AS ANIMAL / HUNTER AND PREY NO MORE.” Indeed, this museum, not the City Hall, is Zootopia’s heart. As the temple of this founding myth, the museum is an axis mundi, the anchor the Zootopian world and its residents’ identity.

It is in the Natural History Museum that the villain catches up with our protagonist pair. Trying to frame all predators, the villain attempts to induce Nick to kill Judy. The location is propitious for the villain’s plot: as with an attack during Animalia, a murder in this temple of interspecies cooperation would defile the sanctity of the founding myth, justifying prey retribution and a new social order. Through their cooperation and cleverness, however, Nick and Judy manage to foil the villain’s plan. To distract the villain while the police arrive, they end up play-acting the fox-eat-bunny state of nature, complete with a killing strike. But, to the villain’s chagrin, Nick’s strike was in jest and Judy hams it her demise, replaying her childhood melodrama: “Blood! Blood! Blood! … And death!” When Nick and Judy  laugh at their own silliness, they defuse the villain’s attempt to personify fear.

Predator and prey, in the form of the two protagonist friends, have reconciled once again. This promised order of equal opportunity, regardless of species, is rejuvenated and healed. In fact, after the villain is apprehended Judy, despite being a presumably small and incapable rabbit, is honored for her work and Nick, despite being a presumably untrustworthy fox, joins her on the police force.

However, the scene in the Natural History Museum does not effect a simple restoration of the preexisting order. The Zootopian dream had been one of mutual benefit, a social contract that allowed predators and prey to replace ancestral competition with, at least, economic cooperation, enhanced material wellbeing, and intellectual development. But moving the climax to a closed, private museum instead of a filled, public stadium shifts the focus from how they  would be perceived by a mass audience–as predator and prey archetypes–to the deeply contextual aspects of Judy and Nick’s relationship.

When particular individuals carry out rituals–especially ones at pivotal moments in time–their individual experiences can change the meaning of the ritual for future participants.   As individuals, Judy and Nick never lived in the ancient state of nature, but instead in a civilization based on the founding notion of opportunity beyond stereotype. Coming to recognize the injustices that still exist, however, they built a bond through deliberate compassion and mutual care, through the willingness to “try everything” and the willingness to forgive when that “everything” went wrong. Their relationship transcends the economic and the legal. Mutual faith overrides tolerance; laughter supersedes the handshake; friendship wields more power than justice. Consequently, in the Zootopia they resurrect there is more to society than social contract.

That this shift is realized in the Museum of Natural History suggests something more: the equivalency of “nature” with the mythic state of nature is at least simplistic and at most false. The difference between “nature” and “civilization” is much more subtle. From a quantitative standpoint, civilization is a function of how much time and effort we spend communing with each other, how much we are able to appreciate our differences and utilize them for mutual betterment. From a qualitative standpoint, civilization is our ability to deem different individuals and groups worthy of moral consideration.

Midway through the movie, one character explains a rash of attacks carried out by predators who have “gone savage,” saying, “We may be evolved, but deep down, we are all animals.” He means, of course, that in his view the instincts bred into us by evolution are all still present, if latent. No matter how much we might deny it, “nature” pulls us apart into classes–we are what we are.

As I have pointed out, the exhibits in the Museum of Natural History agree that all Zootopians are “SIMPLY … ANIMAL.” However, the museum reverses the character’s pessimistic assessment: “animal” is a term that encompasses all predators and prey, a single ontological foundation. Judy and Nick’s friendship has “evolved” just as “naturally” as their former animosity. They become living exhibits of natural history.

A Mormon note: the next time you participate in an ordinance of the Church–especially the endowment, a literally dramatic reenactment–recall what it is reenacting and how it is meant to reconfigure your relationships. Consider how those rituals are designed to train the “natural man” to become a friend to God and neighbor. And then be willing to put in the work to build Zion–our own Zootopia.

[2] And the predecessor of the movie’s much less epic–but still good–credits sequence. While the character of Gazelle (voiced by Shakira) no longer seems particularly well-integrated into the movie, her song sums up the message well.

[3] A specifically Mormon example would be cultural celebrations prior to temple dedications.

[4] Given the law’s apparent complicity in the collaring of the predators, something would have to happen in the movie to redeem Zootopia’s law enforcement. Otherwise, surrender to rule of law would be surrender to injustice.
Like Peculiar People on Facebook: 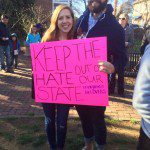 March 28, 2016
Where Is Mormonism On Civil Rights?
Next Post 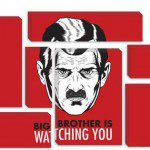 April 21, 2016 What BYU's Honor Code Office Doesn't Understand About Trauma is Endangering Victims
Recent Comments
0 | Leave a Comment
Browse Our Archives
get the latest from
Latter-day Saint
Sign up for our newsletter
Related posts from Peculiar People