Stop Praying for us, and Acknowledge That You Helped Create Omar Mateen

Let me give you a run down: 2015 was the deadliest year on record for transgender women, but 2016 could surpass that—since the beginning of the year, 14 transgender individuals have been murdered. Additionally, research shows that 80% of LGBTQ people killed are people of color. The Human Rights Campaign, an LGBTQ advocacy group, fought over 200 anti-LGBTQ laws in the first ten weeks of 2016. Advocacy groups continue to fight House Bill 2, also known as The Public Facilities Privacy & Security Act, an anti-transgender North Carolina law which bans trans individuals from using the bathroom that corresponds with their gender identity. Forty percent of homeless youth self-identify as LGBT across America, and LGBTQ kids have significantly higher rates of suicide, which has reached epidemic proportions in Utah. Statistics also show that LGBTQ folks have much higher risk of mental illness, which is linked to the intolerance of LGBTQ people in society.

In most states it is legal to discriminate against an LGBTQ person in employment, housing, and public accommodations. Dying LGBTQ elders often go back ‘in the closet’ out of fear of discrimination when receiving end of life care. Research has also shown that experiencing rejection from parents as a result of your sexual identity is linked to traumatic internalized negativity. Research also found that the same can be said when a person belongs to a religion that rejects homosexuality.

Sidenote: Wouldn’t you like to be forced to choose between your religion or the possibility of love? That question is forced upon us LGBTQ Mormons, but our fellow heterosexual brothers and sisters often forget to acknowledge that before they condemn us (I decided to go on the path of finding love, if that wasn’t obvious, and sayonara to all those past friends that condemned me). That cognitive dissonance is just a blast to deal with.

So, Sen. Marco Rubio, Sen. Ted Cruz, Gov. Mike Huckabee, Gov. Mike Pence, Sen. John Cornyn, Gov. Pat McCrory, and all the other anti-LGBTQ policymakers, you can shove your prayers where the sun don’t shine. Your prayers are about as helpful as all of the legislation you enact which continues to treat LGBTQ folks as second class American citizens.

This post isn’t meant to be a giant guilt trip for every time you called the boy down the street a f*g. Instead, I hope to open your eyes and see that things must change. Omar Mateen targeted LGBTQ people for a reason; various reports have found that Mateen may have been secretly queer, with clinical psychologists stating that this despicable attack may have been fueled by Mateen’s internalized homophobia. However, this self-loathing doesn’t come out of nowhere. It is a product of a society that consistently treats American LGBTQ citizens and residents as less than (SEE PARAGRAPH ABOVE IF THAT ISN’T CLEAR YET).

Do you feel terrible about how you used to treat your LGBTQ brothers, sisters, and gender non-conforming siblings? Then here are some helpful hints:

GLAAD: Be an Ally & a Friend

Human Rights Campaign: How to be an LGBT Ally

GLSEN: How to be a Better Ally to LGBTQ Youth

I am tired. I am angry. I am frustrated, sad, and scared. To my fellow LGBTQ family, I know the pain that has a hold over our community. Pride festivals will continue throughout the month, events where we don’t have to constantly be on the lookout if we are holding the same gendered hand of another, where love is celebrated, and where the LGBTQ community can feel safe. However, after Orlando, so many LGBTQ folks are fearful of going. We know we aren’t completely safe when we are out in public normally, but no one thinks they’re going to be the victim of a hate crime. We like to think we have come so far, but we know deep down that this is a lie we tell ourselves. We know there is still so much work to do. That is why we must celebrate, and why we can’t succumb to our fears. We must be proud of who we are, and continue to fight for a society that treats us as equals, a society in which the Orlando and Newton massacres can be regarded as tragedies without bigots agreeing with the murder of 49 LGBTQ people and allies, and the wounding of 53 more. 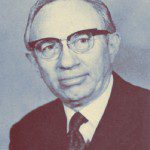