How do we Eradicate Pedophile Culture?

My grandmother was a child bride.

Married at 14 after giving birth to twins, she spent her wedding day sobbing, as she watched her dream of going to college and becoming a teacher slip away. By 18, she had 4 kids. My grandfather was a teenager himself when they got married, and neither of them were ready to be spouses, never mind parents.

My grandfather was able to pull his life back together after she left (and she took all four kids and refused contact), though I can’t imagine that the pain of missing most of his kids’ childhoods ever left. And being a child bride took a toll on my grandmother that never really faded: it impacted her career prospects, her future dating relationships. Not to mention what the entire situation did to their four kids, who never got to experience a real childhood.

So these issues hit close to home for me. My grandmother was a child bride in 1956, and more than 60 years later, we need to do better.

The current purge of rapists is long overdue.

As a feminist, I’ve been talking about rape culture for a long time – the first time I actively researched sexual assault was in middle school, about 20 years ago. In that time, the term “rape culture” is a concept that has caught on outside of academic circles and is now as much a part of everyday conversation as the term “trigger warning.”

But there’s a specific aspect of rape culture that I find especially disturbing: pedophile culture. And it sometimes feels like everyone in the US has group amnesia that creates an enormous blind spot and keeps us from recognizing just how prevalent pedophile culture really is.

Keep in mind, I’m using the term “pedophile culture” somewhat broadly here – there is technically a different term for the abuse of underage teenagers, but to be honest I don’t remember that term off the top of my head. Plus, while my gut reaction is to be even more horrified when someone abuses a five-year-old, I’m still horrified when someone abuses a 15-year-old. It’s like comparing a gruesome murder with an even more gruesome murder – both are heinous.

Why do I say we have a pedophile culture problem? You can read up on this problem in a lot of different places, from Alicengray.com to  Jean Kilbourne‘s research. And unless you’ve been hiding under a rock since last November (really couldn’t blame you if you have!) you know that our president has joked on tape about dating little girls “in a few years” and has endorsed Roy Moore, a man who has  credibly been accused of sexually assaulting and harassing teenage girls when he was in his thirties. Even Moore’s best defense – the fact that handwriting analysis found only his yearbook signature to be his own handwriting in one case, not the note alongside it – doesn’t go very far, as it still leaves the other accusers (not to mention, the signature is still evidence that he lied). Despite multiple credible allegations and proof that Moore is lying, the RNC is funding his campaign, and some supporters have defended him by saying that it’s not immoral for a man in his 30’s to pursue underage teenagers.

There’s also the problem of child brides in the US – a practice that is not, by the way, fueled by an immigrant population. And lest you think these marriages are all 17-year-old’s marrying people in their age group, this Independent article reveals shocking facts about recent child marriages. Over the past 15 years, children as young as 10 and 11 were married in the US. And there are often horrifying age disparities:

“A 14-year-old girl married a 74-year-old man in Alabama, while a 17-year-old wed a 65-year-old groom in         Idaho.”
Also according to that article, child marriages are more likely to occur in rural areas compared to cities.  They also often take place in fundamentalist Christian communities (not to be confused with all Christians). According to a BBC video, US law provides less protection against child marriage than other developed countries and many developing countries. Part of the issue is that the US leaves marriage age requirements to the state governments. The problem, as that video explains, is that half of the states in the US do not even have a minimum age required for marriage. With a parent’s and/or a judge’s consent, prepubescent American children can and have been married off in recent history (just see the earlier example of the 10-year-old girl who was married within the past 15 years).

Why don’t state governments change those laws? Honestly, I don’t know. The issue should be a bipartisan cakewalk. The fact that it isn’t seen that way is baffling. In my home state of New Hampshire, for instance, a girl scout learned that the minimum age required for marriage was just  13 for girls and 14 for boys. So she organized a campaign to persuade state legislators to change the law. Ironically, they laughed off her request as unworthy of their time, given her own age: thirteen. Apparently she was old enough to be married but too young to engage in civic discourse.

Before liberals let ourselves off the hook – I know, I know, Democrats are doing far better on the political anti-pedophilia and anti-rape front, though the bar has been set disturbingly low by the RNC’s recent decision to fund Moore – before we let ourselves off the hook, we should take a look at contemporary pop culture. As Teen Vogue and other publications have pointed out, popular television has a major statutory rape problem. Starting at least as early as Dawson’s Creek and continuing through the still-airing Riverdale, virtually every teen drama includes a so-called “relationship” between a teacher and an underage student. And these encounters aren’t portrayed as sexual predators taking advantage of vulnerable teenagers who too young to consent: at best, they’re shown as unwise and unhealthy mistakes (See Glee‘s Puck and Ms. Cochran), and at worst they’re portrayed as great love stories, doomed by circumstances beyond their control (Riverdale leans that way).

Even if I exclude the supernatural relationships between high school students and people old enough to be their great-great grandparents (Vampire Diaries, I am looking at you!), I’m still left with a troubling list:

And those are just the TV series I know of! But please rest assured, I’ve only watched some of them. Which is bad enough, I know.

Obviously, not all teens who watch these shows are going to walk away thinking that it would be a good idea to date a hot teacher. But if anyone argues that these shows have absolutely no impact on the way their teen audience processes romantic interactions, then that person is sorely mistaken. In fact, one of my college-level creative writing students once argued that it was fine for her to write a YA book about a high school girl who was “mature enough to have a relationship with a 25-year-old teacher, when she’s only 16.” When I suggested that the gatekeepers of YA book purchases (parents, teachers, and librarians) would disagree, she pointed to Pretty Little Liars as proof that it wouldn’t be a problem.

It’s well established that what we view impacts our thoughts and actions – the only question is, “how much?” When it comes to something like sex between high school teachers and high school students, how much influence from popular television are you comfortable with?

One caveat I’ll add here is that I’m aware of some gray areas: say, an 18-year-old dating a 17-year-old. But when there’s a significant age difference, especially when it’s combined with the power imbalance of a teacher-student relationship, that’s not something we should tolerate. Even when I was a 23-year-old teacer with college-aged students, I knew how inappropriate it would have been to pursue a student and never once considered asking one out.

So what’s the solution? Well, we’ve had a lot of recent news coverage of one solution: demand that people who commit any form of sexual assault, including child abuse and statutory rape, be fired. We should also refuse to vote for candidates who have been accused with credible reports.  Here are a few that haven’t been on the news recently:

October 16, 2017
Andrew White: Sexual Harassment and a Cautionary Tale About People Who Condone it
Next Post 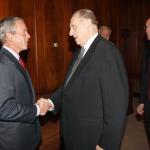 January 6, 2018 Following a Prophet Who Lacks Charisma
Recent Comments
0 | Leave a Comment
"For some reason, this article popped up in my feed just today. I can't imagine ..."
trytoseeitmyway The Women Who Enable Abusive Men
"In response to a 2012 atheist billboard I wrote the following about it saying the ..."
DisqusIMO On Mormons and Planets
"Season 4 of Fargo--where Timothy Olyphant plays the Mormon lawman Deafy and Chris Rock plays ..."
xert Mormon ‘Niceness’
"I pretty much wrote the exact same thing about my husband's "bachelor name" back in ..."
Brita Long No, I Did Not Keep My ..."
Browse Our Archives
Related posts from Peculiar People