Following a Prophet Who Lacks Charisma

When I taught writing courses at Brigham Young University, President Monson always provided a great go-to example of the passive voice. Without bothering to look up a quote, I’d rattle off a quick and sentimental list:

“Hearts were touched, tears were shed, doors were opened.”

See what I mean? It sounds like something President Monson might at some point have said, even though I made that up as I typed. Telling inspirational stories was one of his endearing qualities, and I always enjoyed discussing with students why the passive voice worked for his purposes but wouldn’t work in a lot of other contexts.

When I learned of President Monson’s death, my initial reaction was pretty similar to the reaction I had when President Hinckley died. I felt immensely relieved that a sickly man who’d lived into his 90’s was finally released from the pain of mortality and reunited with his sweetheart on the other side of the veil.

It’s the same reaction I had when my paternal grandfather passed, though he didn’t make it to 80, never mind 90. My grandfather had been sick for a long time and was mourning his late wife. When he died, I felt relief for him first. Next came that feeling of loss, knowing that I would miss all the little quirks that made him a unique and lovable person. Of course I loved my grandfather, but I also liked him, and even without ever meeting President Monson or President Hinckley, I liked them too.

My memory of President Monson is a popular one, as reflected by McKay Coppins’s article in the Atlantic, which points out that when most Mormons remember Monson, they will focus on his personal traits and his commitment to ministering to a handful of individuals, more than which policies the Church enacted under his leadership. The same is true of President Hinckley, who’s usually remembered for his energy and cheerfulness. (See – the passive voice has its uses).

But here’s what I have to admit to myself: my trust in both President Hinckley and President Monson was also grounded in their sheer likability. And I’ve never known anything else in a president of the Church. I was nine when President Hinckley became the prophet, and as a kid I usually spent General Conference coloring, so I have no clear memory of the previous prophet speaking. Granted, toward the end of his life President Benson was also too sick to truly lead the Church, so that’s probably part of why I don’t remember him.

Most of my Millennial peers are in the same boat. In living memory, we’ve never had a president of the Church who wasn’t extraordinarily charismatic. And I’m not talking the polished PR-style charisma of a seasoned politician. I’m talking the kind of down-to-earth, ear wiggling, “help yourself to the candy bowl” charisma that either reminds you of your beloved grandfather or makes you long for the ideal grandfather you never had.

And I don’t think many will disagree when I say that President Nelson and Elder Oaks (who is next in line after the 93-year-old Nelson) are a lot less charismatic than Hinckley and Monson. In fact, I’d hazard a guess that both Nelson and Oaks would emphatically agree with what I just said.

For many Mormons, seeing President Nelson become the president of the Church is going to be painful because of the policies he has championed. If Elder Oaks succeeds him, it will be painful for the same people for the same reason. And I can’t deny that I share some of those concerns and will feel some of that pain.

While I can’t speak for others, for me personally, I have to admit that it may also be more difficult simply because Nelson and Oaks don’t fit that image of the benevolent grandfather the same way the last two prophets have. Part of me wants to close my eyes and hold my breath till either Elder Holland or President Uchtdorf become president of the Church a decade or so down the road (which seems pretty likely if you just look at seniority and age). But maybe that instinct has a lot more to do with their personalities than I want to believe. Like most people, I like thinking that charisma doesn’t bias me, but at the end of the day I honest-to-goodness don’t like President Nelson the way I liked President Monson or the way I like Elder Holland and President Uchtdorf.

So the question I find myself wondering now is how a person can look past the personality quirks and likability of an apostle. And while members of the Church are going to have a varied reaction to this change in leadership, I suspect I’m not alone in this struggle. 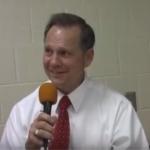 December 9, 2017
How do we Eradicate Pedophile Culture?
Next Post 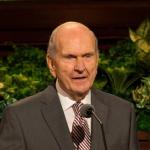