NOTE: The Morning Reports have been growing too long, in my estimation, so I will offer the links with fewer comments. This will not only make the Morning Reports more manageable to read, but will leave me with more time for other blog entries. So, without further ado:

1.  We have some great articles up on the Evangelical Portal at Patheos.  Currently in the Featured tab: a guide to the final week of the Faith@Work Consultation, “Evolution as Witness,” “Harry Potter, Waldo and Jesus,” and “A Defense of Mixed Martial Arts.”  And in the Faith@Work tab: “On Building Trust, Part 1,” “Believe in Your Vocation,” “Choose to Follow Your Calling,” and “Courage in a Time of Darkness.”  Go to the Portal and check them out.

Pakistani Christians were closing their schools across the country for three days starting Monday to protest the killings of eight members of their community by Muslims, violence that drew condemnation from Pope Benedict XVI.  Hundreds of Muslims, allegedly spurred on by a radical Islamist group, stormed a Christian neighborhood in the eastern city of Gojra on Saturday, burning dozens of houses after reports surfaced that some Christians had desecrated a Quran…Christian leaders and Punjab Law Minister Rana Sanaullah said an initial probe had debunked the Quran defilement rumor.

3.  World Magazine has a moving article on “perinatal hospice”: when an unborn baby is determined to have abnormalities in the womb, allowing the baby to be born and die naturally instead of scheduling an abortion.  Tough issue.  Strong article.  And again reminiscent of the 99 balloons video featured here earlier.

4.  Like it or not, the Michael Jackson story is not going away.  The manslaughter investigation of Dr. Conrad Murray (perhaps among others) has gained momentum and public interest is not about to wane.  Dr. Murray was apparently administering Propofol (Diprivan), which is typically only given in hospitals since it effectively puts the patient into a coma and requires constant monitoring.  At least one source claims that Jackson awoke early and requested Demerol, to which he may have been addicted.  The sordid story of Jackson’s life–what was probably abusive and certainly inappropriate behavior on his part, and the actions of all of those who abused and exploited him–seems to bring out all of the worst in human nature.

5. The Obama administration cannot be happy to have videos like this (in which Obama strongly implies that he hopes that a “public option” health care plan will lead to a “single payer” one) circulating.  Obama has spent a fair amount of time denying that his plan is a “Trojan Horse” that leads to single-payer.  Whether or not you believe that the “public option” (meaning that the government will offer health insurance plans that will compete with private insurers) is a Trojan horse to single-payer, and whether or not you think single-payer is a bad idea, it’s clear that the Obama administration has not wanted to muddy the waters.  Bernie Sanders, the only self-proclaimed socialist in the Congress, from Vermont, has put forward the only single-payer bill that’s currently on the table (some Democrats began with a single-payer proposal, then withdrew to a “strong public option” as a compromise with other Dems).  All talk of single-payer has been hushed or hurried behind closed doors.  At least, until Barney Frank told an activist from “Single Payer Action” (which must be the Republicans’ favorite liberal advocacy group right now) that the public option was the best way to get to single-payer.  Videos like this will make the message way over the August recess that much more difficult for the Dems.

As you might imagine, the video is getting attention at conservative blogs.

6.  Palin Paranoia continues.  What is it about Sarah Palin that leads rational people and journalists to abandon all capacity for critical thought?  Apparently Palin has begun to make her post-Governor speeches. 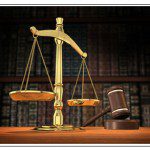