Phillip Phillips’ Home, which he performed as his coronation song on American Idol, has apparently leapt up the sales charts as it has been featured very effectively in promoting the women’s Olympic gymnastics team in London.  It’s a nifty bit of video and sound editing, and you can find it (the song, at least) below.  It’s easy to see it emerging as a kind of anthem from the Olympic Games if the women’s gymnastics team is able to win the gold.

With the men’s title hopes shattered, Americans across the fruited plain turn their hopes to the women’s team.  The women’s sport has always been more popular on these shores, and American girls have stood atop the sport — sometimes alone, sometimes with Russia or China or Romania — for a very long time now.  Let’s hope Jordyn Wieber can summon her strength and steel her resolve.  Let’s hope Gabby Douglas keeps her consistency, and Aly Raisman is peaking at the right moment.  Let’s hope McKayla Maroney and Kyls Ross (very impressive gymnasts as well) do their work and the pieces of the puzzle fall into place tomorrow.

Here is “Home” from Phillip Phillips of American Idol, in a feature that ran during the Olympic Trials:

I can’t find the actual montage they’re using for the Olympics, but will post it when it’s available. 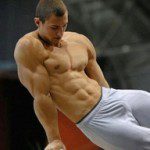