The American Bible Challenge is Triumphant

Jonathan Bock, founder and head of Grace Hill Media, created As1, which seeks to coordinate the power of the Christian audience in order to reward and encourage more entertainment — films and television shows especially — that reflects the things Christians care about.  I’m posted before about why I like As1, and why I appreciate this and other efforts to make the Christian Church once again one of the great patrons of the arts.  So here is a guest post from Jon, after the first episode of the The American Bible Challenge:

Well, the dust has settled on the premiere  episode of GSN’s new show, The American Bible Challenge. (For those unfamiliar with GSN, it is The Game Show Network and in the pantheon of cable channels, it barely scratches the Top 50.)

So what were the results?  Nothing short of staggering.  In one defining hour, The American Bible   Challenge easily became the highest rated show in the 17-year history of GSN.  It blew by the previously highest rated show by more than 500,000viewers.  But even more significant – GSN cracked the top 5 of cable channels during that time period.

That, my friends, is a huge deal.

That’s like a casual jogger running neck and neck with Usain Bolt.  That’s like Kim Kardashian running the table in the “Chemistry” category on Jeopardy.  That’s like the Orioles overcoming a 10 game deficit to be tied for first with the Yankees in September. (Oh wait…)

If this were WWII, this was Doolittle’s Raid on Tokyo.

And don’t think GSN’s competitors didn’t notice.  I can tell you from multiple private conversations that they did.  So what’s the net result going to be?  Only time will tell, but one thing I can tell you for sure, networks around the country are starting to wonder how they, too, can have a hit with the Christian audience.  And that’s the whole goal of As1.

To be fair, GSN and the producers of the show deserve a ton of credit.  They took a tremendous chance in making The American Bible Challenge.  They labored hard to make a show that was reverential to the Bible but also contemporary, entertaining and funny – which is a tall order. (It’s easy to imagine the thousands of ways it could have gone off the rails & didn’t.)

But the Christian Community also deserves kudos, because we showed up! We sought out little-known GSN and made the show a hit. Over the course of the week, more than 4 million people tuned into see the premiere episode.  That number alone probably guarantees The American Bible Challenge gets picked up for a second season. 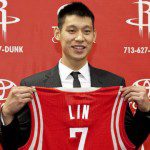 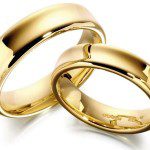 September 9, 2012 Why We Marry - and Why We Stay Married
Recent Comments
0 | Leave a Comment
Browse Our Archives
Related posts from Philosophical Fragments 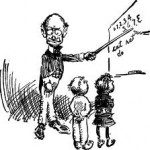