Earlier today I assailed Joe Biden’s incoherent view on abortion.  His assertion regarding the HHS mandate was not so much morally incoherent as it was just blatantly false.  I don’t mean “misleading” or “lacking context” or “a matter of perspective” or “it depends on your definition” (all of which seems to pass for “lying” in political discourse these days).  I mean it’s simply, objectively, black-and-white false.

Here were his words:

I won’t say that Biden’s lying, because it’s possible — in fact I find it highly likely — that he simply has no idea what he’s talking about.  I find that to be a helpful assumption in general when interpreting Joe Biden. 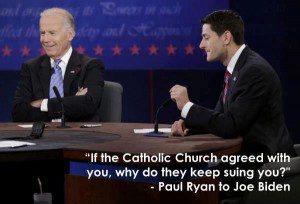 The United States Conference of Catholic Bishops — which, remember, opposed the Bush administration on matters of war, the death penalty, and many social policies (which is to say: we’re not talking about a right-wing cabal) — had this to say:

This is not a fact. The HHS mandate contains a narrow, four-part exemption for certain “religious employers.” That exemption was made final in February and does not extend to “Catholic social services, Georgetown hospital, Mercy hospital, any hospital,” or any other religious charity that offers its services to all, regardless of the faith of those served.
HHS has proposed an additional “accommodation” for religious organizations like these, which HHS itself describes as “non-exempt.” That proposal does not even potentially relieve these organizations from the obligation “to pay for contraception” and “to be a vehicle to get contraception.” They will have to serve as a vehicle, because they will still be forced to provide their employees with health coverage, and that coverage will still have to include sterilization, contraception, and abortifacients. They will have to pay for these things, because the premiums that the organizations (and their employees) are required to pay will still be applied, along with other funds, to cover the cost of these drugs and surgeries.

Paul Ryan’s response to Biden’s baffling denial was apt: “If the Catholic Church agreed with you, why do they keep suing you?”  Apparently the Catholic Church as well as any number of Protestant charities and schools and businesses are filing lawsuits just for the entertainment value. 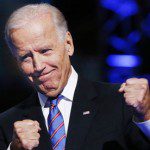 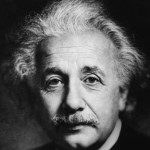 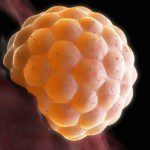