I cannot think of any political figure who has stood more staunchly and more effectively for the rights of the unborn than Rick Santorum. In the guest post below, Senator Santorum speaks to a global policy issue of great importance. Whether people are too intimidated by the Chinese government, whether they value their economic cooperation over the interests of justice for the Chinese people, or whether they are too afraid to speak up against any kind of abortion whatsoever, the silence of the world community in the face of China’s policies of forced abortion and sterilization is shameful. Senator Santorum is absolutely right to speak up here — and also right that we should be able to reach across the aisle and call together for change on this of all issues. 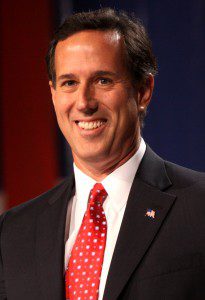 Yesterday marked the fortieth anniversary of Roe v. Wade, as the Supreme Court handed down their infamous decision in 1973. What fewer Americans know is that the Chinese government, six years later in 1979, not only embraced elective abortions but made forced abortion a matter of policy for millions of Chinese families, especially the poorest ones.

While the pro-life and pro-choice movements disagree on many issues, here is one issue where we should be able to join hands and join forces. Despite the furor created on the internet this past summer by a picture of Feng Jianmei — whose blood-covered seven-month-old daughter appeared in the photo beside her on a hospital bed — there was relatively little outrage directed at the Chinese government from foreign governments or NGOs that advocate for women’s rights. Nor do the names of Pan Chunyan, whom officials abducted from a grocery store and subjected to an abortion at 8 months, or Zhang Wenfang, who was involuntarily sterilized after her 9-month-old baby was aborted, appear in the news outside of a handful of pro-life and faith-based websites.

The NGO All Girls Allowed estimates that ten percent of abortions in China are coerced. According to its own statistics, the Chinese government performed 13 million abortions in 2008 and 400 million abortions since the policy was inaugurated in 1979. That means that the government may force abortions on 1.3 million women annually, and that the total number of forced abortions could be at least 40 million. Other human rights abuses (1,484 cases of political and religious prisoners, 4,500 executions, 40,000 committed to psychiatric hospitals, 80,000 evictions) affect far fewer people and yet they’re reported much more frequently.

The Chinese government prides itself on liberating women from backwards, feudal traditions and empowering them to become Politburo members, billionaires and astronauts. But China is the only country in the world where more women than men — 40 percent more, in fact — take their own lives. “The Global Burden of Disease study conducted by the World Bank, World Health Organization and Harvard University, identifies China with 56.6% of all female suicides worldwide, an astonishing figure considering that only 21% of the world’s female population lives in China.” No one has been able to research the link between forcible abortions and sterilizations and the high rate of female suicides, but the relationship between violence, depression and suicide among women is well documented.

Chen Guangcheng, a blind activist, was outraged enough by this policy to file a class action lawsuit on behalf of 130,000 women in his county who were forcibly aborted or sterilized. His actions landed him in jail, and then under house arrest, for a total of 7 years. Chen’s activism has been lauded by the international human rights community. Mo Yan, China’s first Nobel laureate in literature, also documented the bitter reality of the coercive enforcement of the one-child policy in his novels. But the same activists and politicians who laud Chen and celebrate Mo pay much less attention to the issue that concerns them. When pressed, Planned Parenthood and Amnesty International will oppose forced abortions and sterilizations, but more often than not they are simply silent. Even worse is when foreign politicians, like Vice President Joe Biden, tell Chinese officials that they will not “second-guess” their policy.

Forced abortion and sterilization are gross violations of a woman’s physical integrity. They’re a form of torture that should outrage anyone who cares about justice for women — but they’re greeted with deafening silence because of the battles over elective abortions in the West. The politics of abortion in the West makes normally outspoken women’s advocates reticent. The U.N. women’s agency prominently displays its work in China against domestic violence, but says nothing of the threat that forced abortion and sterilization pose to the health and well-being of a far larger number of Chinese women.

The Executive Director of U.N. Women, Michelle Bachelet, has spoken of the need for access to abortions, but made no mention of coercive abortion. Amnesty International’s annual report on human rights violations in China covers freedom of expression, human rights defenders, disappearances, evictions, death penalty, freedom of religion and Tibet and Xinjiang — but makes no mention of forced abortions and sterilizations. Many women’s advocates have demanded an explanation from the Irish government over the death of Savita Halappanavar, who suffered a miscarriage and was denied an abortion. Yet far fewer demand that the Chinese government bring their domestic law in line with international legal protections of the right to “found a family” in the Universal Declaration Human Rights or the requirement that states ensure victims of torture “redress” and the “right to fair and adequate compensation” as required in the Convention against Torture and Other Cruel, Inhuman or Degrading Treatment or Punishment.

Feng Jianmei’s case became notorious because someone took a picture that angered Chinese citizens and created a public relations problem for the government. For most women, however, there’s no one standing by to document that horrible moment when the government violates their bodies and destroys their children. These women and their stories should not be forgotten because of our angst over abortion in the West.

No one can be pro-woman but neutral on forced abortions. Even those who wish to protect elective abortions should wish to prevent forced abortions. The sheer violence and pain they inflict upon women should be enough to bring all of us to work together for change. We who have the freedom to speak out should use that power for Feng Jianmei and the millions of women like her.

Rick Santorum, a former representative and senator from Pennsylvania, ran as a candidate for the Republican nomination for president. He is the founder of Patriot Voices, an organization to mobilize one million conservatives committed to promoting faith, family, freedom, and opportunity. I’m grateful to the Santorum team for allowing me to publish this original piece as a guest post at Philosophical Fragments. 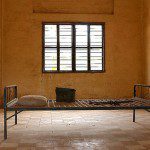