Christian Fundamentalist Homophobia, Part Two: The Argument is in the Eyebrows

Christian Fundamentalist Homophobia, Part Two: The Argument is in the Eyebrows June 6, 2012 Sierra

Trigger warning: The following post contains frank descriptions of the hate speech against LGBTQ people that my church used to inculcate fear and contempt in its youth. It’s probably not something you want to read if you’re already having a bad day. I have decided to write about homophobia for two reasons: first, to demonstrate the falsity of fundamentalist rhetoric about “hating the sin and loving the sinner,” and, second, to shed light on the tools fundamentalists use to instill fear of LGBTQ people in their children.

In Part One, I discussed how my church trained its youth to be homophobic by creating a sexualized image of LGBTQ people and teaching us to be afraid of that image. I also discussed some of the rhetoric they used, usually accusing LGBTQ people of spreading AIDS or being sexual predators. Today I want to talk about the context in which all of this training took place.

The most obvious place to look for training in homophobia is the pulpit. That’s true in many churches. Several examples of anti-gay preaching have surfaced on the internet lately. There’s even a deplorable video of a small child (about four?) singing an anti-gay song in church. My church was more passive-aggressive. There were no long rants against gay or lesbian people. Ours was the sort of church that sadly prognosticated about their doomed souls and claimed that if we could just get them to Jesus, they would immediately snap into a perfect gender performance.

Preaching, however, did utilize several persuasive strategies that made us afraid:

These rhetorical strategies also reveal fundamentalist Christianity’s basic approach to LGBTQ identities: they are symptoms of an overactive sexuality. The demon that leads men to pornography and women to prostitution is the same one that causes sexual attraction to break out of the appropriate boxes. Fundamentalists don’t fully accept LGBTQ identities as categories. Instead, they see them as temporary stopping points on the way to total depravity. Hence their slippery slope arguments and their conviction that you can “pray away the gay.” The implication is that if you don’t “pray away the gay,” you’re mere moments away from self-harm and child molestation.

This slippery slope argument also explains why fundamentalists continuously compete with each other on standards of dress, courtship and interaction between children of the opposite sex. They really do believe that sex is an uncontrollable beast that must be penned up in marriage before it can explode into untold perversions like bestiality. (The most graphic depiction of this is the “sin” monster in Frank Peretti’s novels, who is described in clearly sexual terms.) My church taught that the more you fed your attraction or sexual desire, the more it would take over your thinking until you became a mindless zombie prowling for sex. To touch upon only one of the many problems with this mentality, Christian fundamentalists believe that gender identity and sexual orientation are inextricably linked to libido. This makes it difficult for them to talk on the same level with a person who tries to explain the difference. Fundamentalists literally believe that LGBTQ people just think about sex all the time, and if they’d rein it in, they’d be straight.

The only context in which “hate the sin, love the sinner” makes any sense is the belief that all human beings are blank slates and prone to being overcome by sin, and that there is no appreciable difference between sins. This is wildly dangerous logic, as it erases the distinction between non-normative sexuality and abuse. “Sin” in evangelical-fundamentalist Christianity is a blanket concept that enables people who are committing serious abuses like child molestation or battering to argue that gay people are no different from themselves, or are somehow worse (because sexual sins are always worse – no, I don’t know why). Now, returning to homophobic training:

More effective than anti-gay preaching was informal interaction with other believers. Christian fundamentalists tend to listen to the news on Christian radio stations, where they are kept up to date on all political developments with respect to LGBTQ issues, abortion, public school and marriage. As a little kid, I picked up more of my ideas about LGBTQ people from listening to my parents and church members react to those news stories than anywhere else. Usually they would sigh, bemoan “what the world is coming to,” invoke Jesus’ Second Coming, and make a face of sorrow and disgust. They would also, occasionally, bring up the impending persecution of true believers in the end times, reference the perversion of Roman society in the time of the Christian martyrs, and leave my little head buzzing with terror that the worldly, bloodthirsty gay people people would overthrow the government and hunt us like animals. I’m not sure if the adults in my congregation felt that visceral fear – after all, “persecution” tended to roll off their tongues pretty easily – but as a child it was devastating. There are few things more effective at instilling hatred than convincing people that they are under attack. There are few political strategies more slippery and dangerous than convincing the people who are doing the attacking that they are the ones being attacked.

Policing of space was another strategy aimed at keeping children afraid of LGBTQ people. We were mostly homeschooled, which meant that any LGBTQ friends that we had were not open about their orientation. How could you come out in an environment where people invoke Leviticus and stoning at the mere mention of same-sex attraction? We also were surrounded by children receiving the same messages, so we self-policed. My friends would joke about how their focus on purity caused worldly people to think they were gay, but those jokes were aggressive. These boys were genuinely angry. Younger siblings, more sensitive children, and newcomers would learn from the anger on their faces that being gay was a terrible thing.

Perhaps it’s ironic that Christian fundamentalist children are so often segregated into crowded single-sex dorms during camps. Sleepovers are also extremely common (15 kids isn’t much harder than 10, parents reasoned). I probably had more alone time with other girls as a Christian homeschooler than I would have had with public school friends. Christian fundamentalists simply don’t acknowledge the elephant in the room, that some of those kids will be attracted to their same-sex friends, or feel like they’ve been put into the wrong dorm. Parents believe (as I stated before) that LGBTQ identities are simply the results of overgrown libidos, so they have confidence, I suppose, that none of their kids would dare go there. From experience, however, I can attest that same-sex experimentation does occur in those situations. Perhaps because the specter of homosexuality is considered so far removed from possibility, the kids involved may not even recognize their feelings or actions as sexual.

I doubt much of this is really surprising. Isolation and control, right? What I want to add to the existing discussion of religious homophobia is its subtler dynamics. The remarks made in the car while listening to Christian radio. The facial expressions: the raised eyebrows, the grimaces. The tacit approval of anti-gay jokes. The anger at being perceived as gay. These are cultural responses, not religious ones. They express something lying beneath the rational surface: a fear that has been inculcated by repeated exposure to the fears of others. Some things I haven’t mentioned are the open disdain amongst Christian fundamentalists for the idea that transsexuality, bisexuality, queer or asexual identities even exist. Fundamentalists aren’t focused on LGBTQ issues because they’re somehow different from other issues. They are focused on them for the same reason they’re focused on abortion and “defending traditional marriage.” The problem is sex. Sex belongs only in one tiny little box: heterosexual marriage. If it slips out even just a little – by something as simple as admiring a handsome stranger – there is no containing it.

June 7, 2012 New Spiritual Abuse Survivor Network at No Longer Quivering
Browse Our Archives
get the latest from
New Visions
Sign up for our newsletter
POPULAR AT PATHEOS New Visions
1 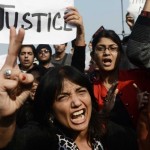 It Could Be Worse: Gratitude Without Comparison
I used to say things like, “It could be worse,” to remind...
view all New Visions blogs
Copyright 2008-2020, Patheos. All rights reserved.