Breaking: Whether or not the ripples of the Doug Wilson drama have truly subsided yet, Jared C. Wilson has made a declarative apology for the Gospel Coalition blog post that set it off. Let’s acknowledge that before there’s any more news on the subject. I believe his apology is sincere.

Doug Wilson, not so much.

Rachel Held Evans, for her part, has responded graciously to the apology by saying on facebook, “Thank you, Jared Wilson and The Gospel Coalition for this gesture of humility and strength.”

Meanwhile, Heather at Femina piles on: A note for Rachel Held Evans, who apparently is the Person of Interest for the whole clan, despite the practically innumerable men and women who have commented on the situation.

Later today: back to your regularly scheduled Sexuality Project answers!

[UPDATE: Doug Wilson also apparently posted a quotation from one Robert Farr Capon, which is even more overtly objectifying and horrific in its theory of sex. I have pasted it below the jump. Super huge trigger warning for survivors of rape or sexual abuse, and for any woman who has ever had sex with a man or even thought about it.]

“Sex, as commonly conceived, is something a couple do together.  But the sexual act itself is not quite like that.  It is, and remains, something a man does to a woman.  They are not both working at the same thing.  He is giving, she is receiving. He is the lover, she the beloved. Now, if they both set out to “have some Sex,” the whole delicate balance is wrecked, and neither can find his own role.  What is happening is that thedifference we all love so dearly is taking a bad beating.  The wife is being backed into a decreasingly feminine role, even in overtly sexual matters, and the husband is finding that he has less and less of an object to be masculine toward.  He is getting what he wants, but not what he needs.  He asks frequently enough, but he has lost sight of what to ask for; and that is deadly” (Robert Farrar Capon, Bed and Board, p. 51)

No words, ladies and gents.

July 20, 2012
Slacktivist: When a lack of anger reveals a lack of love
Next Post 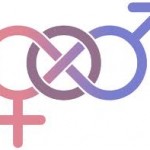 July 21, 2012 Sexuality Project: Life Outside the Bubble, Q. 3
Browse Our Archives
Related posts from The Phoenix and Olive Branch

Sample Boards
You taught me to keep a chisel sharp. You showed me on...
view all New Visions blogs
Copyright 2008-2021, Patheos. All rights reserved.
Close Ad