Chick-fil-A’s “Appreciation Day”, or, Spite is Not a Christian Virtue

Chick-fil-A’s “Appreciation Day”, or, Spite is Not a Christian Virtue August 3, 2012 Sierra

This morning, one of the first things I saw on my facebook feed was an explosion of pictures of Chick-fil-A buildings around the country mobbed by evangelical Christians. The lines wrapped around the buildings, out into the parking lot. Fat, shiny SUVs sat cooling off and reminding everybody that their owners were people of means. And I felt sick.

This was no display of Christian love. This was no humble stand for the truth. This was an act of spite. Bloated, aggressive spite, rooted in pride and void of compassion. The evangelicals who showed up waving American flags and shouting sexual slurs were not emulating Jesus. They were piling sacks of coins on the tables of the moneychangers in the temple, not casting them out.

If you stood in line to purchase chicken sandwiches yesterday, knowing the profits were directly supporting a bill legalizing homicide of homosexual people in Uganda, congratulations: you’re worse than the Westboro Baptist Church. You just paid for murder. Funny, I thought you were “pro-life.” I think state-run slaughter of individuals based on their identity is much closer to “genocide” than women aborting unwanted pregnancies.

The language I saw this morning, accompanying the pictures of evangelical gluttony, was all grounded in the concept of “defending freedom of speech.” How interesting. When I was an evangelical-fundamentalist kid, I was taught that Christians shouldn’t fight to defend their rights because God would defend them. I was taught that we were supposed to be like the martyrs, giving up our very right to life for the glory of God. Funny how, in retrospect, the mantra “a lamb gives up its rights” only referred to women who wanted to be seen as equals with men.

Shame on you, Chick-fil-A supporters. Your actions are vile, your hearts cold. Jesus would disown you. 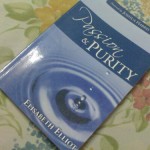 August 6, 2012 Sexuality Project - Introducing Calulu, Jenn, Meggie, Parker, Shadowspring and Vyckie
Browse Our Archives
get the latest from
New Visions
Sign up for our newsletter
POPULAR AT PATHEOS New Visions
1

Why "All Lives Matter" Isn't About...
Companions on the Journey
Related posts from The Phoenix and Olive Branch

God’s Only Begotten
What if, as a day-old newborn, you found yourself in the loving...
view all New Visions blogs
Copyright 2008-2020, Patheos. All rights reserved.