My mom is going back to school!

Some of you may remember this post, in which I described the frustration of discovering that a clerical error had cost my mom her chance to go back to school for her bachelor’s degree. Leaving for school and realizing that my mother would not be able to get her degree felt a lot like survivor’s guilt. I was the only one on a clear path out of poverty. She threw her support behind me, and I did the only thing I could do: studied hard to make it up to her.

Now, years later, a stubborn daughter, a website, a loan and a very generous group of donors have changed the tide. My mother is going back to school!

My mother has been ecstatic about it. She’s even tossed around the idea of going for a master’s after this. The lovely folks at NYIT are working with her to coordinate the last semester of course work she’ll need to get her degree at long last.

I’d like to give a shout-out to my father for his help, too. Despite our history, he’s been my ally in this project. When it concerns making life better for my mother, we have a common purpose. It’s required ignoring our differences, which probably satisfies him more than it does me, but the important thing is the outcome. And the outcome is great!

When I was a kid growing up fundamentalist, I looked around at the mothers of many in my church and absorbed the very pointed message that women don’t get to have lives after childbearing. Their lives looked like an endless cycle of daughters bearing daughters bearing daughters, and only sons had the right to any other narrative. This feeling still dogs me, especially now that I have multiple friends with kids and am feeling the pressure to join them. But I reject that message intellectually, emotionally, and morally. Women matter. Mothers matter. Having a child doesn’t end your life. It doesn’t make you a less worthy person. Valuing motherhood starts with valuing everything about a woman, not just the work she does changing diapers and putting snacks in lunchboxes.

So I want to thank all of you, from the bottom of my heart, for helping me say this to my mom:

You’re still worth it. You’ll always be worth it. 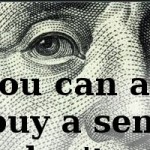 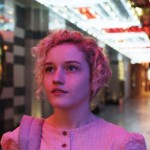 August 17, 2012 Electrick Children (July 2012): A New Indie Drama about a Girl's Journey out of Fundamentalist Mormonism
Browse Our Archives
get the latest from
New Visions
Sign up for our newsletter
POPULAR AT PATHEOS New Visions
1

Premonitions: Messages from God or Something Stranger?
Have you ever had a premonition? It’s the feeling that something good...
view all New Visions blogs
Copyright 2008-2021, Patheos. All rights reserved.