What my feminism is, and why I’m not okay with “mansplaining”

I grew up on anti-feminist propaganda. I heard that they were ball-busting man-haters before I had any idea what that meant, much less thought about identifying as one of them. There’s nothing remotely original about my journey from patriarchal indoctrination (having male friends because I thought girls were “boring”) to ambivalence (“I’m not a feminist, but…”) to acceptance of the history and meaning of the feminist identity. It took me the usual number of years to work my way through that mess, process the emotions, and embrace feminism as a name for something precious to me.

As a daughter of the Christian Patriarchy movement, raised on baldfaced messages of female inferiority, I was starting several decades behind most proto-feminist girls. I had no idea what to do with sex workers’ rights or fluidity in sexuality and gender identity, and those were the things that most often featured on Feministing, the only place I knew to look for definitions of feminism. I had to start at a much more rudimentary point: the basic equality of men and women. Mary Wollstonecraft. John Stuart Mill. Abigail Adams.

Having no theoretical understanding of the internalization of oppression, I hardly knew how to refute arguments that women are inherently nurturing and maternal, when the messages came more often from other women than from men. I’m not even entirely sure mainstream culture has figured this out yet. My experience told me they were wrong, but my empathy told me I didn’t know everything. I was inclined to believe the other women when they told me that they were nurturing and maternal, and doubted myself instead. How could I know I wasn’t just some sort of demon-possessed freak?

As I grew more familiar with different strands of feminist thought, I grasped onto anti-essentialism as the first piece that made sense. That women and men aren’t just one thing because they happen to be women or men. I had never wanted to be identified as a woman first. I wanted people to listen to my words, not look at my body. I won’t for a moment claim that this didn’t result from constant assessments of my breeding potential and reminders that being sexually attractive to men was the excuse for keeping me subordinate. But there it is.

The real revelation was that this wasn’t a consensus in feminism. That there were people who claimed to be feminists who actually believed in things like female superiority, female pride, and some kind of essential divine femininity or mother goddess. It’s not my job or my interest to defend the bounds of feminism against them, although their message didn’t appeal to me at all. Now, though, at least in my corners of the internet, we seem to be stuck in a moment of simple identity assertion as political activism. Something that’s useful, I’m sure, in some circumstances, is some kind of default to which everything must return. And I find this hugely problematic. Because when I was growing up in some of the most patriarchal circumstances Christian North America has to offer, that kind of labeling was what reinforced the hierarchy of inequality.

The women who took the most pride in being feminine, who boasted the most about the special role women play in society and how their gifts are the most unique, were the women who had the least power. They were the most aggressive social police toward nonconforming women like me. They were also the ones who said the most cutting things about men behind their backs. Things so nasty and dismissive that they shocked me, the daughter of an abuser who certainly had no charitable illusions toward the roles of husband or father. The things they said about their baby boys were the most horrifying, because it was obvious they’d emotionally withdrawn from their sons, marked them as enemies before they had even left their bodies.

I never understood the impulse to be proud of being a woman. It was a fact of my life. It was the position from which I operated in the world. I didn’t choose it. I had a hard time wrapping my mind around patriotism, too, for the same reason – wasn’t your nationality just something you were born into? Why all these emotions about it? Wasn’t it a neutral fact? Maybe every naive child thinks this. But I think there’s still a grain of truth there. Unexamined love of place or identity is clannish, tribal, whatever you want to call it. It’s the kind of the thing that makes you fight people you may not need to fight.

So maybe I haven’t moved away from anti-essentialism. Maybe that’s outdated these days. In that case, leave me right here in the past where at least I feel ideologically consistent. Because I know that the world I grew up in isn’t fair and never was. And every single person there contributed to it continuing to be unfair. But if I pretend that I’m locked in some kind of battle against the men in my church – even that one sad, deluded man who founded my church and spoke the hateful misogynist rhetoric in the first place – if I allow myself to make cruel, essentialist claims about men, then I have lost my feminism and become a reactionary bigot myself.

Which brings me to that atrocious word, “mansplaining.”

I get what it means. I don’t get how people can use it in good conscience.

There are other words for the experience. I’ve been describing it all my life, as it’s happened all my life. Just in case someone reading doesn’t know, “mansplaining” is what some feminists call it when Person A (usually a man, apparently, though this hasn’t been my experience) explains something to Person B that Person B already knows extremely well, as though they’d never heard of it before. Sometimes the definition is as short as “explaining someone else’s experience to them like you’re the real expert in the room.” For instance, if you’re a veteran feminist, this very explanation could be construed as “mansplaining,” because I’ve assumed that someone reading this won’t know what it is.

I’ve heard the term “mansplaining” defended because the “history” makes it okay. That men are supposed to intuit that it’s not about them unless they’re actually doing the mansplaining. I call bullshit. And here’s why:

History can only take you so far. As social justice activists, as feminists, we are supposed to be creating the culture that the next generation inherits, shaping the default consciousness of the future as we dismantle the bad parts of the consciousness we inherited. I say that a feminism that uses – nay, creates – words like “mansplaining,” reducing all men to the worst qualities some of them display, is a feminism that no longer believes it can win. It’s a feminism without hope. Because “mansplaining” requires an assumption of male privilege to make sense. And using “mainsplaining” on some level seems to be an admission that you don’t expect male privilege to go away. You expect that word to continue to make sense.

When you coin a new word, you create something that has a life beyond the present moment. And if you coin a word like “mansplaining,” make it common parlance, you’ve ceased to describe and started to prescribe the way that people will think about gender relations in the future. You’ve dug a trench that virtually ensures that men in the future will react to a perceived attack and then be told they’ve no right to react, because of “context” and “history.” When the truth is, that word is an essentialist attack. You’ve also ensured that women will continue to expect that treatment from men, because it’s “mansplaining,” not “male-privilege-splaining” or “patriarchsplaining.” It’s no different from words and phrases we’ve worked so hard to dismantle, like “women’s work” and “effeminate.” Or the assumption that women will just “understand” than there’s such a thing as a generic “man” or “mankind” that includes them.

I really believe that the world can be made more equal. That male privilege – and white privilege, and other privileges – can be equalized. But I don’t think we can do it with a vocabulary that includes things like “mansplaining.”

Besides all that, it just sounds bloody awful. Whatever happened to plain old “condescension”?

Further reading, if you want it:

Here’s another suggestion – that we use “downsplaining” as a less gendered alternative – and a different argument supporting the change. It’s worth your time if you’re interested in this sort of thing:

Why We Need to Change “Mansplain” 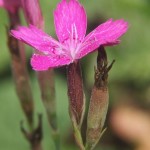 February 2, 2013
We are not the enemies of our best selves
Next Post

February 28, 2013 Activism fatigue and the work of changing minds
Browse Our Archives
Related posts from The Phoenix and Olive Branch

How Interspirituality Informs My Attempts to Be Compassionate
Compassion has been at the heart of my interspiritual attempts for years....
view all New Visions blogs