When Theology Becomes An Assault Weapon

What appears to be pristine theology, presented in user-friendly form, may in fact be a deadly assault weapon.

A young friend was struggling with how to trust God as she faced infertility. She didn’t feel as though the Ladies Bible study crew at her church would be the best place for her to process her questions and emotions. I suggested we read a book together – something that could shape our conversation and our prayers. I offered four titles addressing the subject of trust, a couple of which I’d read, and a couple of books I hadn’t read but knew as study standbys from my days working at the Trinity International University bookstore, back when the school had a bookstore. 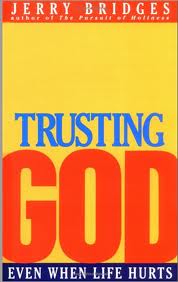 My friend voted for one of the books I’d never before read, Jerry Bridges’ Trusting God: Even When Life Hurts which has been in print since 1988. I have some trusting-God issues, too, so I imagined the book would be a great encouragement to both of us as we worked through a couple of chapters at a time over breakfast.

Just a few pages into the book, I found my hackles rising:

“…many Christians are also buying into the philosophy…that God is good but not sovereign. One Christian writer, for example, speaks of her pain as being utterly frustrating to God and gives thanks to God for being her devoted, caring, frustrated heavenly Father. Faced with the dilemma of how a loving, sovereign Father could allow her to experience such agonizing pain, she found relief in the belief that God was indeed frustrated about her pain, shedding tears with her, even as a mother may weep at the suffering of her child.”

Never mind that the fully human and fully divine Son of God not only knows how to make humans, but to be human, thus empathizing with us in our weakness. Never mind that Jesus wept over both personal loss and corporate sin. Never mind Bridges’ lack of compassion for those who are unable to stuff their questions into his fatalistic application of the theological truth that God is indeed sovereign. I don’t disagree with that truth, but I do disagree with Bridges’ ultra-Reformed application of it.

In it, praying for healing – or much of anything else – appears to be a non-starter, except as a means of beating our emotions into submission. “Wrestling” with issues like natural disasters appears to mean “It’s OK to feel bummed, but you’d better disconnect from those emotions after…uh…a fairly short amount of time perhaps best determined by the amount of media coverage the event is receiving in order to return to the Truth, which is, that God is Sovereign. Please drive around to window two with your exact change. Have a nice day.”

To question beyond that point is to dishonor God: “…just as God’s will is to take precedence over our will…so God’s honor is to take precedence over our feelings.” In a discussion about how the sovereignty of God is at work in the wicked actions of others, Bridges writes, “Is someone ‘out to get you’? That person absolutely cannot execute his malicious plan unless God had first decreed it…if God permits it, it is because the ungodly action is part of God’s plan…”

Forests have given their lives in service to books fueling the debate about what the sovereignty of God is, and how malleable his will may or may not be. You and I can swap Bible verses on the subject until we’re blue in the face, and we will not resolve the question. At some point, we have to surrender to the fact that we flesh-bound, limited humans can’t comprehend the mystery in these questions. I like to think Jerry Bridges would completely agree with me on that, though we would have arrived at this destination via two wildly different routes. Suffice it to say, I am not in Jerry Bridges’ theological camp.

I share my reactions to Trusting God in this space because it didn’t take me long to discover that the ideas presented in the book have left some serious wreckage in their wake. After reading a few chapters, I figured I’d query my corner of the internet world with a tweet a couple of weeks ago. “If you’ve ever read Jerry Bridges’ ‘Trusting God’, could you please message me? I have a couple of questions for you. Thanks!” One theologian told me that she appreciated the book because its Reformed perspective on the issue was stronger on theology than therapy. I told her in response I was troubled by Bridges’ stunning lack of empathy for his readers.

And then I received a series of emails from two people who reported that the book’s content had done deep damage to their trust in God. The first wrote,

“At the time (I first read the book upon my pastor’s recommendation), I was comforted with a sense that the world wasn’t out of control, and that no one was in charge but God, if that makes sense.” She referenced the spiritual and sexual abuse she’s experienced in her life, then said, “That would mean that He ordained/approved of/sent (the abusers). In the end, Michelle, that makes him a Monster god, and I have had to go through a MAJOR faith shift…coming to atheism in monster god…to begin to love again the True God, who does not authorize rape or abuse or injustice. That’s Satan, not God. Let’s don’t get the two confused…”

The second person’s reaction from a young ministry wife, was even more visceral. After the death of a beloved child, a friend offered to go through Trusting God  with her in hopes of comforting her. Instead, she wrote, “…the book made me desperate to hide my other children from the sovereign God I was supposed to be trusting.  The anxiety I felt was crippling and I’m just now getting to a point where I can even talk about it.”

Now we can debate whether these responses have anything to do with the book, but that’s not the point. The point is that our ideas have consequences. I am a layperson with a healthy respect for the work of (some) theologians and teachers. Part of that healthy respect means reminding these people – and myself as a writer! – that our pronouncements of theological truth had better be couched in humble recognition that ideas presented with prideful certainty and systematic slicing and dicing of Scripture in order to support a thesis statement we ourselves generated has consequences. In the case of Bridges’ book, a basic tenet of Christian belief, that God is sovereign, became an assault weapon due to its harsh, ungracious tone and an over-reliance on one set of supporting Scriptures and a neglect of engaging those that contradict or challenge those ideas.

Have you ever read or recommended a Christian book – a “classic”, like Trusting God – and found that it left decidedly non-redemptive pain and confusion in its wake? How so? 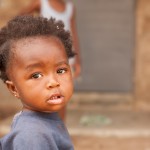