Jesus told them stories meant to help their souls awaken to the life to which he came to invite them. He told them stories that held up a mirror that allowed them an unfiltered look at who some of them really were, instead of who they pretended to be.

I’ve been thinking about the way in which we tell stories about God to one another in the church. Those stories are important. I struggle to remember the verbal unfurling of information in sermon or teaching, no matter how masterfully done, but a story will stick with me like a deer tick burrowed into my imagination. Jesus knew we needed stories.

Sometimes the stories we tell about God get obscured by our own brokenness. A few years ago, a visiting pastor launched his sermon with a couple of “my buddies and I were on the back nine at our golf club when this amusing incident took place” stories. More recently, I listened to a message by a pastor who took a week of retreat each summer by booking a private cabin on a ship crossing the Atlantic. He then flew back across the pond in time to give the weekend messages at his church.

I don’t rue them the blessings their anecdotes described. However, whatever the point of their respective messages was, it was lost on me as I found myself wondering what it was like to drink single malt scotch after a round with my pals at my members-only golf club or take yearly retreat time on a trans-Atlantic voyage. These preachers appeared to push the details framing their stories toward center stage, making the setting the star of the show. I wondered if they knew that they realized they might have been communicating to us that they were Pretty Big Deals by highlighting these markers of financial and social privilege. It was for me a garish reminder that what seems like unimportant details backdropping my story can march themselves onto center stage when I’m speaking or talking with others if I’m not careful.

When I take stock of my life, I’m prone to think in terms of what I don’t have, rather than recognizing what I do have and allowing that recognition to level me. For example, when I reference where I live, it often tumbles out as an explanation that we lost our home in a short sale two and a half years ago and we landed in an extremely affluent community as renters in a town home that has been for sale the entire time we’ve been here. If my story is about God’s gracious provision and mercy in leading us to this address, those details matter. But when the subject of where I live inserts itself into other stories about other things, my own longing to possess what I don’t have (a permanent address) shapes the way I tell the tale. Background information then clomps into the spotlight when I reference my home in a conversation or story. My material possessions would be the envy of 95% of the rest of the world. Heck, maybe even 99%. When I focus on what I don’t have, I become a pauper. 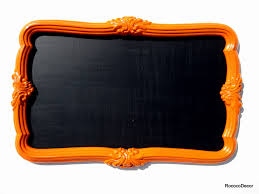 This isn’t about stuff. Self-aggrandizing story-telling can show a soul’s poverty in accounts filled with both name-dropping and faux humility. Pride can look like a peacock strutting his importance as he MENTIONS eight or nine times his buddies at the golf club. Pride can also look like a hamster on a wheel, over-explaining a rental town home when the town home is not the point of the story. My unsurrendered sense of want can put a distracting frame around the masterpiece story of God at work. Imagine how a neon orange plastic frame on the Mona Lisa might change the way in which we see the painting.

The apostle Paul was speaking about material possessions when he wrote these words to his beloved son in the faith, Timothy:

But godliness with contentment is great gain. (1 Timothy 6:6)

As I contemplate them today, I am pondering anew how contentment – in every area of my life – can change the way in which I give testimony to the work of God in my life.

What practices have helped you cultivate contentment in your life? How has a deep rooted sense of contentment change the way in which you tell a story – or listen to the stories others tell you?

December 2, 2014
Q & A With Jennifer Grant, Author Of Wholehearted Living
Next Post