Selling Vacuums, Giving Away Parting Gifts, and Pantomiming The Gospel 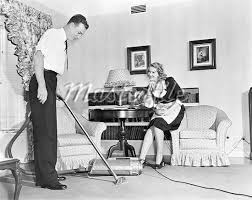 A book by a Catholic priest who journeyed to Tanzania to bring the gospel to the Masai gave me a new way to think about evangelism that goes beyond the models I’ve seen in action. These models have borne a passing resemblance to either 1950’s door-to-door vacuum cleaner sales, game shows featuring lovely parting gifts, or encoded Christian mime performances.

Father Vincent J. Donavan journeyed to Tanzania to during the 1960’s and 1970’s bring the gospel to the Masai people. Encamped in the lonely, starry darkness outside a tribal village, Father Donovan experienced a paradigm shift of the highest magnitude as the culture and belief system of the Masai collided with his preconceived Western understanding of what evangelism, church and faith were each supposed to be. He came to the region as an evangelist, and recognized that the history of mission in the region, particularly in Africa, had been almost entirely about overlaying Western cultural norms and institutional Church practice onto an existing people, suffocating their God-given identity and calling in the process. While one of the rallying cries of the Church for generations, in particular among Protestants, has been “Ecclesia semper reformanda est” (the Church must always be reforming), we have often defaulted instead to small tweaks and recalibrations within our own institutions. Father Donovan’s story shows us what true reformation looks like.

His book, Christianity Rediscovered (Orbis Books, 1978) offers a valuable exploration of the process of stripping faith down to its naked essentials. In addition, the book describes what Father Donovan learned from the Masai people as he maintained a student’s posture among them. Most of the iterations of what a missionary is supposed to be to which I’ve been exposed make some foundational assumptions about the missioner’s purpose is based on power (the missionary is supposed to have it by virtue of his/her message in the relationship with those to whom he or she has been sent), culture (colonialism and Western-style government are both superior and inherently Christian), and faith (the missionary has it, the locals do not). Father Donovan’s book presents a valuable discussion about what happens when a “sent one” makes the choice to confront and dismantle those assumptions.

Before he could venture into the Masai community, Father Donovan devoted himself to reconsidering what the essence of the gospel really was. This prayerful process left him with a simple message. “I do not have to convince them of sin. They know of sin. What they did not know was of forgiveness. It has touched the earth. This is where Christianity parts company from Judaism and from Hinduism and from paganism. Sin is a conquered thing. This is a redeemed world. One wonders if one should dare talk to pagans about sin – apart from Christ, until they know Christ. The job of a missionary, after all, is not to teach sin, but rather the forgiveness of sin.” Donovan recognized this good news doesn’t serve to dignify people. Instead, he entered his work with the belief that each individual is of immeasurable value and worth. He contended, however, that individual value can only be fully realized in Christian community.

As his love for God, the Masai people and the land filtered non-essentials out of his communication, Donovan’s own identity as an evangelist came into focus. His experience distilled for him what the essence of evangelism is: “I believe missionary work is that work undertaken by a gospel oriented community, of intercultural vision, with a special mandate, charism, and responsibility of spreading and carrying that gospel to the nations of the world, with a view of establishing the church of Christ.”

The message of Christianity Rediscovered is a contrast to the way in which I’ve experienced both evangelism and the Church. At my foundation was the kind of evangelism I experienced in my early church experience. I met my husband 36 years ago at a Plymouth Brethren congregation connected with a missions organization focused at the time on smuggling Bibles into countries behind the old Iron Curtain or sending teams in to other non-communist countries for two-year terms in order to plant churches. Though there were always exciting reports of changed lives and new churches that eventually raised up national leaders and funding, in retrospect, the missions organization fell prey to a low-church version of the same institutionalized, Westernized assumptions Father Donovan confronted in his pioneering work.

I sat through plenty of evangelism training sessions throughout the years that seemed designed to turn everyone into a top-tier door-to-door Jesus salesperson, able to combat via apologetic argument any objection that might be raised by our unbelieving “marks”. When Vineyard pastor Steve Sjogren told the evangelical world via book and seminar that we could share the gospel via servant evangelism – handing out bottled water on hot days or gift-wrapping gifts for mall shoppers at Christmas – it was the first glimmer of hope for those of us who weren’t ever going to be top-tier Jesus salespersons. We could hand out the lovely parting gift of cold water as a free gift to thirsty people on a hot day, offer to pray for them, and in doing so, defuse some of the power differential in the vacuum-cleaner sales evangelism model with which I was most familiar. However, servant evangelism was based on some of the same assumptions as the earlier model with which I was familiar. There was still a power differential between witness-er and witness-ee, as well as the dogmatic foundational notion that the kind of Christian life to which we were inviting people with our “no strings attached” gifts and service could be best exemplified by our way of doing church. Father Donovan would say that we were still “preaching the church, not Christianity”.

Most recently, I’ve experienced Christians who are deconstructing belief and previously unexamined assumptions about what the Church is to be, as well as focusing on exegeting the culture, their neighborhoods, and their neighbors. They’re coming as learners into these contexts, which is a strength that echoes Father Donovan’s humble experience. However, their focus on deconstruction of belief and institution has drained some of those in this camp of any sense they have a message of any kind to share with anyone. The social justice focus of this group leans heavily on the assertion that advocacy for “the least of these” and community-rebuilding efforts is a way to enact the kingdom without turning not-yet-believing people into targets as traditional evangelism has. It is, in a sense, a sort of a a Christian mime performance where the messenger is silent save for his or her actions. Father Donovan might have celebrated the humility and cultural exegesis done by those wearing the contemporary “Missional” banner, but would have sternly insisted that the gospel needed to be transmitted in words as well as works. In fact, Christianity Rediscovered recounted again and again the kinds of specific words he used to invite the Masai into the Jesus story, including a creedal statement that emerged out of the work and worship of the Masai people.

I appreciated Father Donovan’s courage, humility and love for God and his neighbors. His experience applies to my own witness right where I live. I do not come into my relationships and culture as a Jesus saleswoman, bearing all the answers. I am not trying to woo people into a church building with my winsome works of service. Nor do I have the option of remaining silent and hoping “they” ask me why I live the way I do. I am privileged to participate with God in his perfect love for the world he has made and is redeeming by echoing his Voice as I speak his words and do his works.

What model of evangelism is most familiar to you: vacuum cleaner salesperson, giver of lovely parting gifts, or Christian mime? Which is the dominant one at your congregation?

This post was drawn from a reflection paper I wrote for my theology class at Northern Seminary.