In the last week alone, a fairly well-known Bible teacher in the Messianic community, Ligonier Ministries head RC Sproul, Jr., and the President of Southern Baptist-affiliated North Greenville University each stepped down from their leadership positions after violating their marriage vows. In the case of at least two of them, they were forced to confess after they were caught via Ashley Madison or irrefutable video evidence. Let’s face it – when you confess only after you’ve been caught, your confession has the ring of “I’m sorry I got caught” (channeling second-term Bill Clinton), more than it does “I have sinned against God and humanity”. 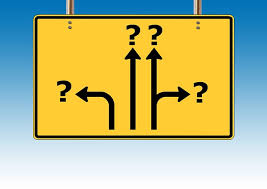 With a hat tip to R.E.M. for the phrase, more than ever we in the body of Christ need to “Follow Me, don’t follow me, me, or me” without thinking. Bad news about “Christian famous” figures travels fast these days. For every well-known figure who’s managed to disqualify themselves from ministry because of bigger-than-marriage sexual appetites and divided hearts, there are dozens more who are either addicted to porn or having an affair with the Children’s ministry director or whoever. When I tabulate my own experience at the 11 churches at which we’ve been a part for at least one year during our 36-year marriage, the majority of them were damaged at some point by revelation of a leader’s sexual sin. And those are just the ones I know about! It’s probably safe to say there’s other nasty, disappointing stuff I haven’t been privy to.

At this point, it doesn’t matter. The damage has been done. And some wisdom has been won as a result.

Perhaps because I’ve always struggled a bit – and sometimes way more than a bit – with the notion of positional authority, I’ve kept all spiritual leaders at arms’ length after I experienced the trauma of spiritual abuse. Just because someone has the title of Pastor or Leader or Big Kahuna doesn’t confer on him or her instant authority to lead me. My real leaders are those in mutual relationship with me.* Most of those at the top of a church or Christian subcultural org chart have as much relationship with me as a third cousin, twice removed. They are family, true enough. But just because we’re related doesn’t give them the right to direct my life, any more than it automatically confers on me the right to ask them if they have an Ashley Madison account or two.

God in his kindness has preserved my faith in him, and given me wisdom for my journey through a religious landscape where God is at work exposing wolves pretending to be shepherds. Most believers in this country are coming to terms with the fact that “Christendom”  is no longer the default setting in this culture – and that we may be facing increasing pressure from Islamist fundamentalists from without, as well. There is no room for “I am of Paul, I am of Apollos” tribe-making and unblinking allegiance to a particular leader. The leader fails are happening in lots of different streams and corners of the church. It isn’t pretty right now, but it is beautiful. This exposure and purifying trend is a gracious work of the Holy Spirit. It is his love for leaders and followers alike that is bringing this sin to light.

I’m not a fan of D-I-Y spirituality. Far from it. I am willing to learn from Big Kahunas and Pastors – living and dead, in churches and via books, articles and podcasts. But the learning comes through the filter of wisdom and discernment. I don’t just “feed and feast” on what I’m served as thought I’m at some sort of never-ending Christian buffet. Some of what they’re serving is junk food. Some of it is rat poison. And some of it is decent food being cooked by chefs with filthy, unwashed hands. At the same time, I am more aware than ever that in my vocation as writer and sometimes speaker God is holding me to a higher standard. With every exposure of a duplicitous leader, I take more seriously than ever this truth:

Nothing in all creation is hidden from God’s sight. Everything is uncovered and laid bare before the eyes of him to whom we must give account. – Hebrews 4:13

Church, don’t hitch your soul without question to following your pastor, a communicator with a microphone, or anyone who speaks with lots of imperatives and zero transparency/accountability. Don’t let their moral failure become your own spiritual derailment. Follow Jesus.

What are your thoughts about the seemingly-weekly news about the moral failures of spiritual leaders? How have you been affected?

* My true pastors and leaders include my husband, members of my family in relationship with me, and believing friends who are walking alongside of me and I am walking alongside them in mutuality. Within the context of these relationships, I am safe to express my struggles, questions, and insights, and I have earned the right to speak when asked into the lives of these people, as well.

Finding Positives in Adverse Situations
My wife and I had to get a COVID test on Wednesday...
view all Evangelical blogs
What Are Your Thoughts?leave a comment
Copyright 2008-2021, Patheos. All rights reserved.