I Didn’t Think I Had A Book In Me, But I Did

Ten years ago, I imagined I had maybe 75% of a book in me. I’d written a few plays, lots of articles, and some curriculum. But a book was an entirely different animal, and I honestly didn’t think I was quite ready to tackle 50,000 words on a specific theme at that point in my life.

We’d relocated back “home” to the Chicago area in 2004 after nearly a decade living in Wisconsin. I’d taken a part-time job at a seminary bookstore and was using the rest of my work time doing what free-lance writers do – looking for writing work. Oh, and writing. After a pair of messy, difficult church experiences that bookended our time in Wisconsin (one church imploded, the other was being suffocated by nepotism), I was in the midst of sifting through the chaotic mess of it all and trying to tune my ears to hear again Jesus’ words, “Follow me”. Though I love the Bible, I didn’t have the stomach to spend much time in Paul’s didactic letters. I just needed someone to tell me a story and allow me to get lost in it for a while. I needed new words for my soul. As a result, I ended up spending lots of time reading the Psalms and meditating via journal on the parables of Jesus.

A different grief was going on simultaneous to this sorrow. My daughter and her new husband were about to tackle the daunting process of obtaining a Permanent Resident Card (popularly known as a Green Card) for him. He’d come across the border without documentation into the U.S. from Mexico. The two had met at work, and married soon after. They and their infant son, our first grandchild, had relocated from Wisconsin where we were living to New Mexico, then El Paso, where they hoped to begin navigating the paperwork jungle that is our current immigration system. It didn’t take long before we all realized that this was not a D-I-Y project. They needed an immigration lawyer – preferably not a fly-by-night practitioner whose office was next to a currency exchange in a strip mall.

In the midst of this, I happened across a writing contest a start-up faith-based publisher was running. They were looking for a couple of sample chapters from writers who’d never had a book published. I felt a nudge. It had been months since I’d felt that nudge from God to step out. My grief, anxiety, and disorientation had muted his voice. But the nudge was unmistakably not mine. I took my raw notes from the parables and gave myself a couple of weeks to see if there were a couple of sample chapters in them. There were, though I wasn’t sure there was an entire book. Nonetheless, the nudge came again: fill out the entry form and hit the ‘send’ button. I did, then promptly put the entire thing on the back burner.

Meanwhile, a friend at the bookstore was in the process of working through visa issues on behalf of her foreign-born fiancee, and recommended a downtown immigration lawyer they’d been using. I made an appointment with him, and was grateful to learn a consultation with him would only cost me fifty bucks. On a bleak late-November day, I headed into Chicago’s loop to meet the lawyer and learn if he’d be able to help the young family – and how much this was going to cost. We wanted to help, but had no idea where the money would come from. The meeting with the lawyer went well, and I tried not to faint when he detailed his fees. Where were we going to get the money to get this process started? I was fighting back tears as I walked through the office to pay the clerk for the lawyer’s time when my cell phone rang. It was my youngest son.

“Mom, this guy just called and said you were a finalist in some writing contest. He wants you to call him back right away.”

God has a time for everything, a perfect schedule. He is never too soon, never too late. The when of His will is as important as the what and the how. – Richard Halvorsen

The content of my son’s call was exciting, to be sure, but it was the timing of it that still takes my breath away. Three seemingly-unrelated themes – the legal issues my daughter’s family was facing, my grief over our recent church experiences, and my writing life had suddenly converged in an unexpected moment of shalom. There was no instant fix or sitcom-neat happy ending for any of the complex situations I was facing, but there came a powerful awareness that God was with me in the midst of it, at work in the tangle and debris and heartbreak in ways I couldn’t begin to comprehend.

I didn’t win the writing contest, but the publisher offered me a contract for my first book a month after that phone call. Then he invited me to write a sequel. “I believe you’re a career writer,” he told me.

To celebrate the anniversary of these two books, I’d like to send the set to one winner. Click here to send me your name and snail mail address before midnight, October 31. I’ll draw one name at random, and gift these two books offering a contemporary devotional look at many of the parables Jesus told during his ministry.

If you’d like to learn more about these books, click here and here. Thanks to all who’ve read them. It’s been a joy to hear from readers who’ve been strengthened and encouraged by them. 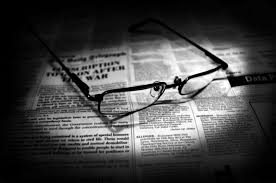 Evangelical
A Time To Be Silent; A Time To...
Pilgrim's Road Trip 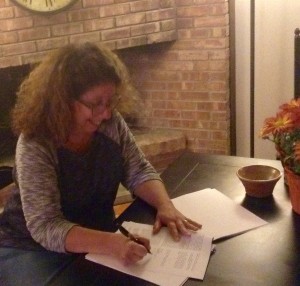 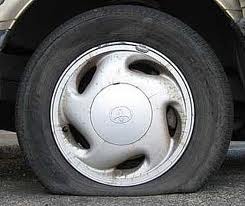 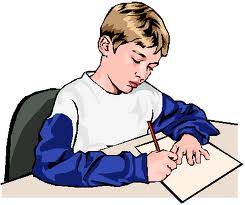