I wish more Christians would take an interest in learning the Jewish foundations of their faith. Too many of my Christian brothers and sisters wave off the Old Testament except for a few stories from Genesis and Exodus, the book of Psalms, and, recently among some streams in the church, some out-of-context texts about blood moons. The default setting for many believers is “Now that Jesus came, we don’t need to worry about the Law anymore.” For some, “the Law” translates to “Pretty much the entire Old Testament”.

This issue certainly is related to the general rise in Biblical illiteracy in the church. But it is also a problem of bad theology on the part of many of those doing the leading, teaching, and discipling. When entire Old Testament is treated as if it’s a long, rambling introduction to the New Testament, the Church is vulnerable to a 57 different strains of heresy as well as the noxious institutionalization of anti-Semitism. Please note – I’m not saying that heresy has flourished solely because of the disconnect between the Old Testament and the New. The roots of heresy are planted in our hearts determined to echo the lie of the enemy in the garden of Eden: “Did God really say…?” But we are far more vulnerable to wrong belief and wrong practice when we are not fully immersed in the whole Story. 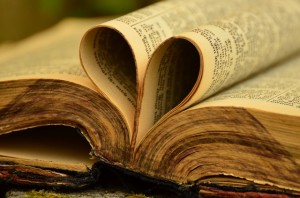 I am happy to celebrate when some Christians express interest in learning about the Jewish foundations of their faith. There are helpful resources for Christians from organizations like Chosen People and Jews For Jesus, as well as from a variety of mainstream publishers, speakers, websites and from grounded, mature people from within the Messianic Jewish community who are deeply committed to being bridge-building explainers. I am a Jewish follower of the Jewish Messiah, and some of my own speaking and writing is focused on reminding the Church about who is our Root, and the implications of what it means to be an ingrafted branch.

There is a not-so-fine line between these people and the Torah-observant Hebrew Roots crowd. Thanks to the internet, fringe-y characters and shady viewpoints abound. You can find a bewildering array of Hebrew Roots peddlers out there hawking everything from the ministry of sacred Shofar blowing to funky theological innovations (also known as heresy, because there is nothing new under the sun) including “Two House” and “One Name” faith and practice. Menachem Kaiser detailed the rise in these Hebrew Roots groups in this depressing but excellent 2014 Tablet magazine piece. He numbers adherents in this strange, loose confederation at between 200,000-300,000 worldwide: “These are non-Jews who have no intention of converting to Judaism yet follow laws, customs, beliefs, and practices commonly associated with Judaism. And while they do believe that Jesus Christ is the son of God and the messiah—though in these circles he goes exclusively by his Hebrew name, Yeshua—they are emphatically not Christian…Followers of Hebrew Roots believe that Christian practice has been, over the last two millennia, corrupted by pagan influences and like to say that they’re aiming for a pure, first-century version of their religion.”

Some of these have genuine concerns which I can affirm wholeheartedly. Yes, the Church has stripped the Jewishness from Jesus, and, for that matter, from Paul. No good fruit grows from this, including the fact that many well-meaning believers discount the first 75% or so of the Bible. Others in the Hebrew Roots world appear to be people who’ve been burned in some way by the Church, and have discovered their own way to one-up the people who done them wrong via their own insider clubs, teachings and conferences. I’ve been running into a few of these Gentile Torah adherents recently. In their quest to reclaim the Scriptures that rightfully belong to them, they’ve swung the pendulum vigorously in the opposite direction, isolating themselves from other believers in the name of spiritual purity. I suppose that’s to be expected if you believe that almost everyone else is wrong.

Given my Jewish heritage, you’d think I’d feel more at home among the Hebrew Roots folks than among the non-Old Testament reading Christians I’ve known. You’d be wrong. I struggle in different ways but in equal measures with both groups. As my wise friend Carol likes to say, “You can fall off a horse on either side.” Foolishness and pride are rotten fruit, no matter what kind of branch you claim to be.

You did not choose Me but I chose you, and appointed you that you would go and bear fruit, and that your fruit would remain, so that whatever you ask of the Father in My name He may give to you. This I command you, that you love one another. – John 15:16-17

Even as I write these words, I acknowledge my own foolishness and pride. You guys, I don’t have everything all figured out. I do wish my Gentile brothers and sisters in the faith would more fully embrace the Old Testament because it is the Word of God and essential to living his Story faithfully in this world, and I do wish the Hebrew Roots people wouldn’t cut themselves off from the Church. May we all grow fruit that remains.

What is your experience with learning the Old Testament foundations of your faith in Jesus? Have you ever known any Hebrew Roots adherents?