The Parliament of the World’s Religions, held from October 15-19, in Salt Lake City, was one of the most powerful spiritual experiences of my life. For 5 days nearly 10,000 people gathered in Salt Lake’s enormous Salt Palace, virtually all of us as serious practitioners of our religious paths. With few exceptions all of us also appeared to accept paths other than our own as well worth walking.

Over 50 religions were represented. Among modern NeoPagans (as I use the term) Wiccans were joined by Asatru and others rooted in the pre-Christian practices of Europe. Among the broader collection of Pagans worldwide we were joined by traditional practitioners from North and Central America, Shinto, Maori, and I would imagine others whom I neither saw, heard, nor met. We Pagans were joined in the friendliest manner by Muslims and Jews, Buddhists and Hindus, Sikhs and Baha’is, Jains and Christians, and so many more. Some attending were leaders within their traditions, others were practitioners with open minds and hearts.

In workshops and panels, musical performances, art exhibits, rituals, and endless spontaneous personal encounters thousands from around the world honored their own paths, while also honoring those about which earlier they had known little. I scarcely heard about proselytizing and saw none myself. In the process we created an extraordinary spiritual event for all who were open to it.

At first I was completely overwhelmed. As I suspect we all were. The Salt Palace where we gathered was vast and confusing. The handbook of events during the Parliament was around 300 pages. I compared it to a course catalogue of a major university- but you had only one semester to make your choices. The crowds were enormous. Fortunately the Parliament’s organizers had stationed many easily identified volunteers around to help the confused, such as myself, find our way around. But over the next two days we learned more or less to navigate on our own and began focusing on the events that most attracted us.

As we did something remarkable happened. The energy of the place changed.

Many of us, myself included, were caught up in one of the most powerful manifestations of spiritual energy and presence we had ever encountered. The atmosphere became palpably diffused with peace, joy, beauty, harmony, and kindness. At times I teared-up with the beauty of it all. I was not alone.

I like to think of each religion as a thread in a spiritual tapestry that when taken as a whole celebrates how human beings honor and live in Spirit. The warp is Spirit, Love, Harmony, Kindness, and the other universal values most associated with the best of spiritual experience. The weft are the threads of different religious traditions holding them all together within a human context. Each group attending added its own color, in an open and noncompetitive way, so that they enriched one another rather than clashed.

In Salt Lake City the weft was more complete and more harmonious than perhaps any time in history and certainly anytime in my experience. The tapestry was more complete, and in that completeness the pattern was much more than the sum of its parts.

For many of us the result was a growing joyful, peaceful ecstasy that permeated the building.

Out of Many One, out of One Many.

A continual theme among many present was how our appreciation of what we shared in common related to our recognition of where we differed. There were those who emphasized how we were all the same in some important sense, and in my experience no one questioned that save the occasional isolated conservative Evangelical. But others reminded us that we were also different. For example, the seemingly universal Golden Rule could mean something very different to a member of a missionary tradition than it would to a member of one that is not. A Pagan is not a Christian is not a Buddhist. And this was also accepted as true by nearly all I encountered.

I think most of us likely experienced something I found in my first interfaith activities many years ago, and which others I have spoken with also experienced. We grew in appreciation of others’ paths while at the same time developing a deeper appreciation of our own. The result was not syncretism, a search for a common denominator, but rather a celebration that all these spiritual flowers grew from the same soil.

I understand that those practitioners skeptical of interfaith work worry that its ultimate result will be a kind of lowest common denominator syncretism. There was no sign of that happening at the Parliament. Rather something far more exciting was taking place: respecting our differences while simultaneously celebrating our commonalities, and as we did so the spiritual energies within each path reinforced one another into something far exceeding my power to describe.

The enormous variety of humanity’s religious paths is not a problem but a blessing once we give up thinking differences should be mapped on a scale of better and worse. Beethoven is not better or worse than Mozart. Monet is not superior to Rembrandt, nor is he to Monet. A mountain vista is not better or worse than a seascape. Red is not a better color than blue, nor is blue superior to red. A rainbow is particularly beautiful because different wavelengths are refracted, reflected and dispersed in water droplets. Differences can add to completeness and beauty by their relationships with one another, resulting in mutual enhancement rather than subordination and superiority.

Hope for the future

Here, I think, is where interfaith holds one of the most important keys to a far better world than the one in which we find ourselves today.

Every religion evolved in a particular place and within a particular culture. It carries messages and practices that fit those places and cultures. Some have more universal messages than others connected to the sacredness of place, but with that universality came in most cases a claim to universal superiority. Thus as the world has become ever more closely linked the clash of competing religions and sects within them as well as the particularity of so many others has made them seem atavistic holdovers from more ignorant times to some people.

Atheists claim that this is the end of the issue. But for as long as there is evidence people have recognized spiritual dimensions to the world and, even more important, many of us have had powerful personal experiences that this is so. When someone denies these experiences to us it is like a color blind person denying there is a difference between red and green. And we pay them as much mind.

But historically we have interpreted our experiences in such different ways that we often pay more attention to those differences, and worse, judge those differences as better or worse, usually worse.

Interfaith events like the Parliament of World Religions offer not only an alternative, they offer a profound personal experience of what that alternative can mean.

This, it seems to me, is the religious world of a future worth looking forward to.

July 1, 2015
Swastikas and the Stars and Bars as Symbols
Next Post 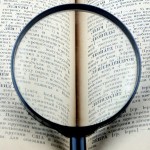 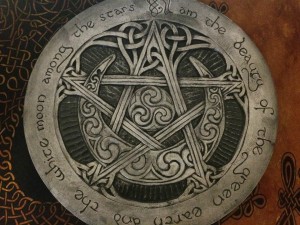 Pagan
The spiritual gifts of Wicca do not stop...
Pointedly Pagan

Pagan
Why monotheisms are so violent. And why the...
Pointedly Pagan
TRENDING AT PATHEOS Pagan