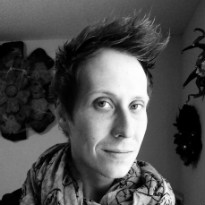 I currently run the blog, The Poisoner’s Apothecary.  The name is misleading because I write about a lot more than poisonous plants and flying ointments.

My interest and area of research lies in the history, folklore and practices that have become known as Traditional Craft.  Although there are many branches and definitions of witchcraft around the world I focus on the cultures and landscapes of Western Europe and Scandinavia, and the North American practices that have been influenced by them.  I am particularly interested in the cultures of my familial heritage, including: England, Ireland, Scotland and cultures of Germanic descent, with a little bit of Northern European traditions.

I enjoy researching the mythology of pre-Christian Pagan traditions, and finding ways in which the legends and lore of these people informed the magical practices that arose in medieval Europe.  I attended Arizona State University, and majored in Religious Studies with a minor in History and concentration on European studies.  I am a novice botanist and herbalist interested in the ritual uses of sacred plants and their applications in ritual.  The plants associated with magic are of particular interest, including their trance inducing capabilities and symbolism.

I recently self-published a collection of research called The Poisoner’s Pocket Guide.  I hope for it to continue into a trilogy expanding on the triple nature of the Poison Path through the planetary archetypes of Saturn, Mercury and Venus as the patron deities of Witchcraft and Sorcery.  Book One begins with Saturn, who is the first farmer who brought agriculture to humanity and later became the spirit of Witchcraft and baneful herbs.  Book One is a collection of lore, formulas, and artifacts that are unique to the practice of the Posioner and Old World Witchcraft.