The Mastodon In The Room: A Conversation with Mastodon About Art, Disease, and Their New Record “Emperor of Sand”

There is sacredness in suffering. As cruel as this truth may be, we can find comfort in community, holiness of comradery. With the help of others, suffering can not only be overcome but transformed into something beautiful. For artists, inspiration can lead to healing no matter how dire the situation. At SXSW, I got to sit down with members of Georgia metal outfit Mastodon to talk about their new record Emperor of Sand and the catharsis they found in creating art during times of suffering.

Mastodon have always been story tellers. From the Moby Dick inspired Leviathan to the Rasputin led astral adventures of Crack the Skye, these Georgia bred rockers have honed their skills in the grand tradition of conceptual story telling in metal music. Their latest effort, Emperor of Sand, is no different. It is the tale of a person cursed and left to wander the desert alone with their burden, and of the harshness of vast empty space and cruel indifferent gods. But as fantastical as the theme might be, this is a record of intense personal reflection and shared cathartic meditation. This is an album written to battle with cancer – an album written for those who suffer.

I had the opportunity to sit down with Mastodon drummer Brann Dailor and bassist Troy Sanders to talk about their newest record and how creativity helped them wrestle with the anguish of sickness. Since their last record, Troy, Brann, and guitarist Bill Kelliher have all been personally affected by the ravages of cancer and illness. From the struggle of treatment to the loss of loved ones, Mastodon recognizes that their story is not unique but, that with their music, they have the opportunity help others as they have been able to help each other.

“Ever since Crack the Skye, we have had such a big response from being honest – it was first time we saw that our music could help others,” Brann relates. “And it helps us – rather than hide what we’re going through, we thought people could relate. Everyone’s been affected by cancer, whether it’s a family member or they get diagnosed themselves.”

Brann tells me that Emperor of Sand was written as a way to visualize what it must be like to suffer with this disease. As they began constructing the first song of the record – what would become album opener “Sultan’s Curse” – Brann was struck by visions of the desert. “I saw the lonely, desert ocean and this lone figure walking into nothing. It gave me that feeling of some kind of illness because the person who is sick really feels alone a lot of times,” Brann paused, continuing, “It can feel like this desert wasteland of nothing.”

Taking its title from the Ken Burn’s documentary Cancer: The Emperor of Maladies, Brann began to build the story around the idea of a malicious sultan that was “a ruler of a desert wasteland, ruler of nothing.” This eventually became the deteriorating figure found on the album art work. “He’s almost like a scarecrow – a warning not to get too close,” Troy adds. But closeness to this horrific experience is exactly what the band was hoping to achieve.

Troy relates being asked whether it was dark and depressing to address such themes in their music. But the band “wasn’t going to ignore the Mastodon in the room,” Brann jokes. And the reason for this is simple: they are in this together. “We come together for band practice, 3-4 days a week and we’re friends -we’re lucky to be surrounded by bandmates that are willing to put their emotions that they’re feeling right now as their inspiration for this art.”

“It was all right there,” Brann agrees, “it wasn’t an option, this is what the album would be about.”

Although the band maintains a looseness with their narratives, allowing each member to bring what they need creatively and emotionally to the record, it was Brann’s hope that this story could become a space where each of them could explore their experiences. For Brann, dealing with his mother’s chronic illness for most of his life afforded him the opportunity to give his bandmates a place to process. “I know what it’s like to watch someone suffer, it’s frustrating when there’s nothing you can do,” Brann explains. “For Troy and Bill, they were coming from it happening that very day…I knew what they were going through and wanted to try to help them channel that when writing.”

Troy admits that he was “apprehensive at first because it’s real and dark” but recognized that “it’s also very therapeutic and exciting to put it out there.” Sharing their vulnerability with one another during these trials helped them create an album that they’re not only proud of but that they were healed by. The possibility of helping others gave them the encouragement to see it through. “If we’re able to put our grief, emotions, and anger in this art to make something beautiful,” Troy excitedly shares, “if we can take all of this darkness and create a shed of light, then it’s worth it.”

The hope for this connection is what continues to drive Mastodon after 17 years together. “If it touches even a handful or just one then that’s the best compliment to an artist – if no one likes it, I’m ok with it because we love it!” Troy proudly exclaims. “That’s the magic of music – music is the universal language. The energy of the crowd – it doesn’t matter where we’re at, whether it’s in South America or Dubai, there’s a circle of overwhelming, positive sonic energy coming back to us that is incredible. When the show is over you just smile and we know how incredible it is to get to this point where we’re able to touch people’s lives, where they’re touching us right back.” 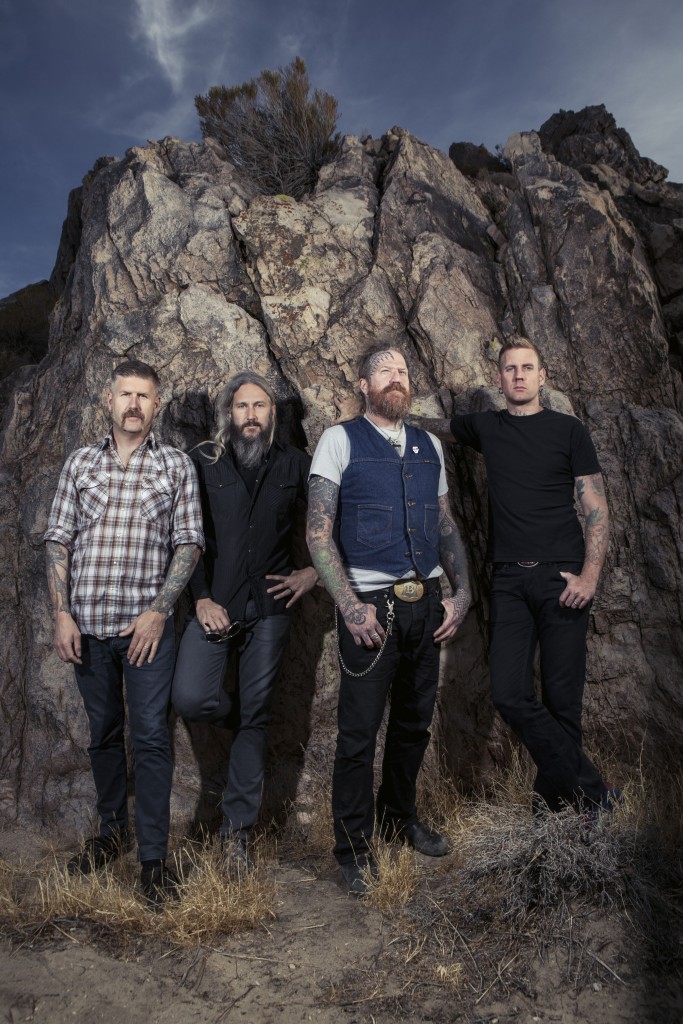 Being able to share this communal catharsis in macrocosm that the band shares with one another in microcosm validates the honesty of their art. As someone who has experienced this first hand with the band numerous times (including this week at SXSW), I can attest to the passion that they put into their craft. Music, at its core, is an art form bound to the collective experience and, like all great artists, Mastodon are always pushing themselves to dig deeper in order bring their fans into that experience.

“There’s a sweet spot that music evokes – whether it’s Stevie Wonder or Slayer, it’s the same spot that gets hit,” Brann shares. “We look for that moment when we’re playing together, that sweet spot where all the hairs on the back of your neck stand up. That’s what Mastodon is.” The band graciously allowed me to digress into the theological idea of creative intuition, the moment of pure inspiration that reveals the Divine’s presence in the world. Although our language is different, the feeling is the exact same. “That’s as close to some sort of omnipresence or as close to God as I could get is through music,” Brann admits, “it’s like a runners high when I’m playing or when I’m listening to Neurosis – that’s spirituality.”

And he’s right – inspiration and creativity are the essence of spirituality. To hear the band speak about the process of turning some of their darkest experiences into art that not only excites them but heals them reveals the holiness of artistic endeavor. Although some artists choose to be blunt with confessional lyricism, Mastodon paints in broader strokes, seeking to invoke and to invite. I must say, getting to sit with Troy and Brann, I got a real sense of their sincerity. The passion with which they speak and the openness they brought to the conversation really revealed the earnestness of their most recent endeavor.

Emperor of Sand brilliantly reflects everything we spoke about. Those looking for the growling thrash of their earlier records will certainly be rewarded with some of the heaviest rhythms and gnarliest riffs Mastodon has yet produced. But as brutal as the record can be at times, it is marked by a distinctive expansiveness that permeates the whole affair. In wandering the desert, Mastodon have created a meditative space unlike anything they’re written before. This is Mastodon’s stoner rock epic – not because of its fantastical story but because of the soberness with which it explores its subject.

Although many were taken aback by the catchiness of lead single “Show Yourself” they will be pleased to know that, as radio friendly as that might seem, it works in context as a last gasp of positivity before the journey into the wasteland truly begins (I’m also pleased to say it works phenomenally well live). This is a heavy record of struggle and suffering – Mastodon has not reached the point where they are ready to write songs about “roller coasters, cotton candy, and family vacations to the beach,” as Troy told me.

“Steambreather” and “Roots Remain” are the standout tracks of the record, thematically. With a chugging, hypnotic rhythm, “Steambreather” is mired in themes of self-doubt and even self-disgust, as the hero of the story becomes painfully aware of their lot in life and begs for answers. “Roots Remain,” however is the emotional core that will devastate the attentive listener. With heart wrenching ruminations on times spent with loved ones before being cast out by their disease, the song contains a chilling voice over by the titular sultan that lists off the hero’s body parts that will fail them until they are no more.

By the time you get to the end of the journey, it has been an exhausting affair. From the brutality of the reflections to the scattered frenzied solos, Emperor of Sand is a dizzying beast of a record. When I asked what they wanted the overarching message of the record to be, we talked about the idea of wrestling with death and how it is the ultimate shared human experience. Brann reinforced this concept by relaying that “this is why we have religions: the simple unknown about what happens after we die.” This universal question is particularly the inspiration behind the epic album closer “Jaguar God.” As Brann explains, the jaguar is the ultimate hunter in the Mayan shamanistic tradition, used as a symbol of power and prowess in battle. Brann was drawn to the idea of the hero being able to take the battle into the afterlife – and take it in their own hands.

Although the hero succumbs to their disease in the end, they “transcend and become the Jaguar God to battle demons and disease for others.” What begins with a lovely, almost ballad like intro, builds into a ferocious battle of cosmic proportions. Although the landscape before could seem barren and harsh, the album ends on a note of triumph. We’re not sure what’s on the other side, whether or not we’ll be transformed into gods for the sake of others, but Mastodon knows that these battles can be met head on, here and now, together. They hope you’ll like the record, sure, but, if anything, they’re just hoping you’ll join the fight.

Emperor of Sand is out today on Warner Bros. Records. 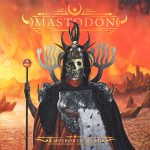