Today at the Vatican in Rome, a pope and a prophet, leaders of two great world religions, met for the first time. Alexander B. Bruce, a Scottish pastor, wrote in his 1871 Christian classic, “The Training of the Twelve” about the power and importance of “first meetings.” Bruce wrote, “First meetings are sacred as well as last ones, especially such as are followed by a momentous history, and accompanied as is apt to be the case, with omens prophetic of the future.”

The personal backgrounds of the Catholic Church leader Pope Francis and Russell M. Nelson, the prophet and president of The Church of Jesus Christ of Latter-day Saints, appear to have little in common. However, their commitment to Christ serves as a unifying and focusing force for good — between the two men and the churches they lead. Laying aside any doctrinal differences, the two share a very similar approach to interfaith bridge building, ministering to the needs of the one, an uncanny appeal to young people, a willingness to innovate and a desire to lift and bless all people — especially the poor and the needy.

Speaking to religious leaders in Abu Dhabi earlier this year, Pope Francis said, “the point of departure is the recognition that God is at the origin of the one human family” and “he wants us to live as brothers and sisters.” The pontiff continued, “Religions cannot renounce the urgent task of building bridges between peoples and cultures. … There is no alternative: We either build the future together or there will not be a future.”

President Nelson has stated, “Ultimately, we realize that only the comprehension of the true Fatherhood of God can bring full appreciation of the true brotherhood of men and the true sisterhood of women. That understanding inspires us with passionate desire to build bridges of cooperation instead of walls of segregation.”

Another unifying leadership quality that seems to drive both the pope and the prophet is their desire and ability to understand, touch and heal human hearts.

Pope Francis once met with young children in a neighborhood on the outskirts of Rome. The children were allowed to ask the pope questions. One boy, Emanuele, filled with worry and overflowing with unrestrained tears, was worried about his father, who had died as a nonbeliever. He asked the pope if his dad would be in heaven.

Pope Francis responded with great compassion and asked a question of his own, “What kind of heart does God have?” Then he answered himself, saying, “A father’s heart. God has a dad’s heart.”

President Nelson, whose professional experience as a world-renowned surgeon gives him unique understanding of the heart, regularly exhibits the essence of a dad’s heart. He described recently his interaction with families who had lost everything to devastating fires in California. He said, “As we tearfully looked into each other’s hearts, the blackened chimneys and a sea of ash seemed to fade into the background. Our shared faith that God would heal our hearts and help us rebuild our lives knit our hearts together in love and allowed us to experience ‘the peace of God, which passeth all understanding’ (Philippians 4:7).”

In describing this first meeting between the pope and the prophet, President M. Russell Ballard of the Quorum of the Twelve Apostles, who also attended the meeting, commented, “They were friends from the very first word.” The meeting began with friendship and ended with a brotherly embrace. In between there were countless fields of common ground to nurture and grow.

Not surprisingly, when asked about the many humanitarian projects the two churches collaborate on, President Nelson said, “We walk arm in arm with our Catholic friends.”

Other topics covered included religious liberty and faith in the public square, the family, secularism and how to best minister to the isolated, lonely and downtrodden. President Nelson said that he and the pope agreed that the good that is done in the world is done one-on-one. It isn’t even about pope to president; it is always person to person.

This first meeting seemed to have the smile of divine providence shining upon it. On a bright, sunny day in the Eternal City, two world religious leaders forged a friendship that will bless the lives of not only members of the two churches, but of millions more who will benefit from the inspired, cooperative efforts. President Nelson concluded a post-meeting press conference saying that “The beauty of the day is no accident. Heavenly Father is pleased.”

I am convinced that listening to the small talk of great men and women would do wonders for the world. I can see these two grand souls and world religious leaders walking down a path within the Vatican engaged in an inspired conversation. I can see them sitting together drawing inspiration from their common connection to the apostle Peter and Paul who came to Rome in ancient times. Even in a formal meeting room, I can visualize their conversation as being a walk on the road to Emmaus. What a difference it would make if the world would lean in and listen to such a conversation.

“First meetings are sacred … especially such as are followed by a momentous history, and accompanied as is apt to be the case, with omens prophetic of the future.” This first meeting was clearly sacred for the pope and the prophet. Millions from both churches will continue to work together by serving and ministering in the Savior’s way — arm-in-arm, person-to-person. Which will create a momentous history yet to come.

About Boyd Matheson
Boyd Matheson is the opinion editor for the Deseret News. You can read more about the author here.
Previous Post 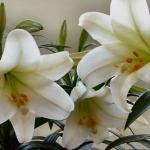 March 6, 2018
Why Don’t Mormons Use the Cross as a Symbol of Their Faith?
Next Post 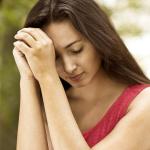 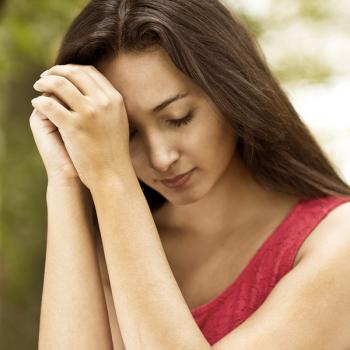 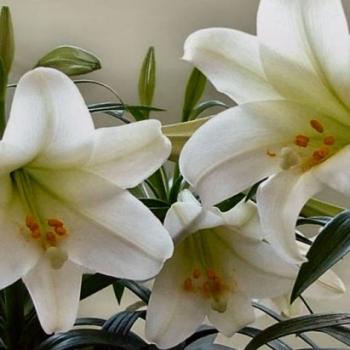