I guess it is unavoidable that Halloween will soon be upon us. I had sort of hoped that all the crazy blood moons would produce the second coming of Jesus, and that I would be spared the usual hassle. It can’t be said that I loath Halloween as much as I loath eating eggplant, but it’s pretty high up there on days I wish I could avoid even with a violent and life destroying flu. The reasons are legion (cough) why Halloween is not my favorite day of the year, and since, as I have, in this very place, bashed the Listicle, I thought I’d join my two unhappinesses and provide a list of reasons Halloween is Not Awesome.

One. What could be more mortifying, I ask you? In the normal way of things, not embarrassing yourself in public with your appearance is hard enough. Just finding something to wear on a normal day that doesn’t shock and offend is plenty of stress. The very idea of putting on some ghastly costume and then go ringing other people’s doorbells and being given packets of sickly sweet sugar, appalls me, even when I stand back, hidden in darkness, trying to keep cold children from crying. It is the height of mortification. Even worse is to dress up and go to a party, looking and feeling ridiculous, and potentially offending the entire gathered assembly.

Two. My children love it. Now, I assure you, I don’t hate my children, but it occurs to me regularly that their lives are too cushy. They float along on a golden unicorn dream. They do not know the true meaning of suffering. And on top of it, one day a year, they dress up and run around in high insanity, collecting candy from strangers, encouraged and goaded on by their parents. I have heard my own husband say to a tired, practically diabetic with sugar, sobbing child, “don’t give up! There are ten more houses on this street!” Really? I whisper. Does this child not already have enough sugar in his/her entire life?

Three. For heaven’s sake, it’s embarrassing enough on its own, so can we dispense with the Micro Aggressions? All social norms are already being violated. Someone dressing up as a Vanity Fair Caitlyn Jenner is not a micro-aggression, it’s not transphobic, it’s just….well, see number one…..it is very very very embarrassing. If you are in a place where you see someone dressed this way, well, first, remove yourself, what on earth are you thinking!? But second, it’s not offensive, it’s embarrassing and you should just quietly pray for the poor fool to feel just some small measure of his, or indeed, her, true mortification.

Four. The problem with Halloween isn’t the oppression of little girls not being able to dress up like little boys. I can’t find the link any more and wouldn’t be able to link if if I could, but Oh For Heaven’s Sake, who thinks that dressing up a toddler as Lena Dunham wins a point against evil patriarchy? Again, if you find yourself thinking this is a good idea, take your finger off your mouse, fall to your knees, repent of all your sins and then go to church. For heaven’s sake, don’t dress up your child as that poor young lady. She should be feeling the same terrible embarrassment as the sucker trying to dress up like Caitlyn Jenner. Pray for them all! Pray for them all!

Five. It’s so much work. Shock of all shocks, this is the real reason I loath Halloween. I don’t just have one child to dress up in fluffy butterfly wings, or as an angry bee, and call it a night, I have at four older children who have been plotting and planning since last FEBRUARY. One child has been trying to have her hair grow faster, so as it can be the right length to be somebody or other. Not ever having been a person who longed and hoped to dress up, it is very hard for me to assemble all my thimbleful of patience for a child freaking out because she wants to be something impossible, like a nymph, and who has no plans and no real concrete ideas about how to make that happen.

Six. Good Shepherd has a lovely outreach on Halloween, called Trunk or Treat, where children from far and wide can come for candy and to hear the gospel (thank goodness). It is generally acceptable for adults who make an appearance at this event to don some sort of fun attire. Most years I show up in horrible frumpy clothes and announce that I’m Michele Duggar. One year I put on a wolf hat and some glasses and announced that I was a hipster wolf. Every year I just die a little bit more inside and wish that I could climb down into Sheol and stay there forever.

Seven. It’s actually Reformation Day, which is a lovely day and should be celebrated with fondu and sausages and meat pie and beer and wine and general rejoicing. But instead, because children are awful and I’m a bad mother, that gets totally sidelined as I roil around, trying to force arms and legs into long underwear and ruining the perfect look for their wretched costumes which makes them cry even more.

Eight. There’s the whole worshipping Satan angle. I just love being out on a night where I know some people are gathering clandestinely to worship something awful. And by love I mean I really really hate it and feel depressed. On the other hand, it’s useful to walk up and down and pray for the world. What else can you do? Don’t answer that.

Nine. This year, Halloween is on Saturday, so Sunday is going to be super fun. Super duper super fun.

So there you are! Ten good reasons to loath Halloween! 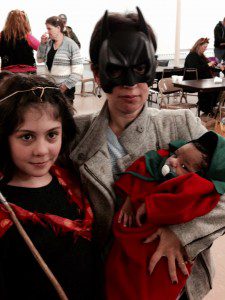 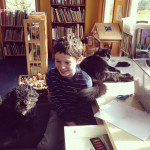 October 23, 2015 Seven Learning Takes
Recent Comments
0 | Leave a Comment
"I'm sorry to hear that (ie 2.) I do hope if you get to enjoy ..."
LucyL 7 Takes In All Directions
"I want any song I sing in the worship of God to make grammatical and ..."
Charlie Sutton That’s Not How Any Of This ..."
"I'd never heard of Norm McDonald and I'm glad you've introduced me to him. I ..."
Summers-lad Death on a Wednesday: John Shelby ..."
"For it is in giving that we receive,in pardoning that we are pardoned,and in dye ..."
Eponymous1 He Was A Bad Bad Father
Browse Our Archives
get the latest updates from
Preventing Grace
and the Patheos
Evangelical
Channel
POPULAR AT PATHEOS Evangelical
1 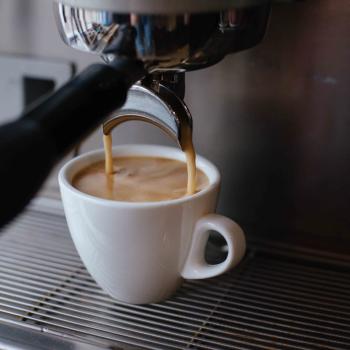