The Abortion “Debate”: A Response to Karen Swallow Prior

I haven’t gotten all roiled up, at least not here, about the Colorado Planned Parenthood shooting last week, other than to notice it in my own Saturday Links. I am constantly irritated by how a news story takes a fixed form before all the information is in, and then everyone has to react to that fixed form, even if it’s not true in fact or reality. It’s a clever way for one person to set another person back on her heels and settle the conversation before any truth is really known.

Because, of course, language does have meaning. If you can gather the words and put them into the order that best suits you, you can probably win in the short term. So, a building in which women, discovering themselves to have a human life growing in their own bodies, can rid themselves of that life, that building gets to have the word ‘parenthood’ emblazoned over the door, even though the people inside don’t want the women coming in to be parents. So also the word ‘planned’ which belies the reason that a woman would go in. She didn’t plan, she is suffering from a life she didn’t account for, and the place that will help her out of that situation, in its very name, lies about the real situation in which she finds herself.

So I was vaguely irritated, yesterday, by the Karen Swallow Prior article making its way around Facebook. I did not take issue with her quibbling with the use of the word ‘murder’ to describe what goes on in an abortion building. Not that I think it’s not murder, either, but because I disagree more with what she’s saying about language over all. Last night she clarified her remarks anyway. Of course she believes it to be murder, the question is whether or not it is helpful to use that word.

The part that troubled me was this section,
“Still, human language has its limits. Humanity’s brokenness is mirrored in the imperfection of our words, so often inept, ill-chosen, or misunderstood. ‘Human speech,’ writes Gustave Flaubert, ‘is like a cracked pot on which we beat out rhythms for bears to dance to when we are striving to make music that will wring tears from the stars.’ Especially in situations as consequential as a pregnancy formed in crisis, a child to clothe and feed and love, it’s important to get our words (as well as our actions) as right as we possibly can. When human lives are at stake, our language must reach not the bears but the heavens.”

I mean, I guess, on the face of it, we might agree that language has limits. But not the limits of imperfection that come from humanity’s brokenness. The problem today is that one set of people are actively trying to limit the language of another set of people. The reason that the word ‘murder’ isn’t considered to be helpful any more in this ‘debate’ (and more about that in a minute) is because the people who want to carry on doing it have won the ground, at least in short term. They managed to convince lots and lots of people that it is unkind to use the word ‘murder’ to describe the unjustified killing of a human person. And they pushed and pushed and pushed and the limit was set.

Not being satisfied there, they carried on pushing and limiting other very useful words so that those who want to use them are left scrambling for other words to describe what is really happening–to really tell the truth, with words. The more words are cordoned off, are limited, the more other words have to be found. Although, I think most people who want to use words are discovering, tragically, that because words do have meaning, they all have to be taken away.

So, in illustration of my thought, I wouldn’t have fled to Gustave Flaubert to describe the inadequacy of human language. Wringing tears from the stars seems a pointless thing to do, and notice how, by jumbling a lot of words into a vaguely poetical moment, you can pretend that the words themselves are useless. The person laboring through Gustave Flaubert can shield herself from the power of language because, for heaven’s sake, what is he carrying on about. In an article where all the most preachy bits of the bible are extracted to admonish the Christian to be careful about the tongue, she could have toddled round to some of the prophets to discover what God actually says about the human condition, which, in Ezekiel, he likens to a baby being left by the side of the road, covered in its own blood. This baby he picks up, and cleans off and nurtures and loves. But then it grows up and it runs away from him. She could have carried on to read about God’s shocking use of the word ‘whore’ which always makes me recoil in offended horror. God thinks that we humans are idolators, like women who are so desperate to cheat that we’ll pay for the sex that we’re offering. There isn’t anything unclear about these words. God is able to make his point in a way that is understood. That he uses offensive language to do it is most instructive.

The limits of our speech are self imposed. Ms. Prior, it seems to me, in the usual way, wants Christians who long for the carnage to cease, to moderate their tone. And that is where we are commonly ending up these days. It’s the trick that is working every time. A person uses language that is clearly understood, that language is deemed to be offensive, the person, then, not wanting to offend, backs off of the language, and the ground is lost.

And, at the same time that some people are giving up the words that have been so useful in bygone times, those trying to change the situation, take those words and put new meanings to them. So, a place where a baby is taken to die, is called ‘planned parenthood’. The word ‘brave’ is used to describe the narcissist. The word ‘marriage’ is remolded to mean any group of people wanting state sanction for sexual relationships and tax breaks. That’s the way it woks, once you have the word, you win the argument.

Not the debate, notice. That’s where I think we are so confused. Christians think there is a real debate, a real conversation going on. Both sides, discussing the issues and convincing each other. And then they go from the Internet to church and think that conversation is carrying on from there. We like to think of ourselves ‘in conversation’ with God and ourselves. But that’s not really how it works. It’s not us chatting away about how we see reality, and then God coming back with some of his own points. It’s his self revelation through the scripture, it is his sermon. We listen, we struggle, and then hopefully obey. But we don’t want a sermon, we want him to come into our heats for a coffee hour chit chat.

The preaching of the Word, using the right words that truly express the reality that we have, is the solution to our problems. The proclamation and exposition of God’s own Word is the means by which he draws the idolatrous sinner to repentance. But that, it seems, the church has given up on, and so we are left roiling away quietly on the Internet, trying to get someone to listen, hoping that the anger will diminish and go away. 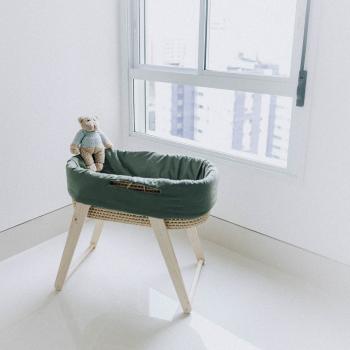