Married Sex: It Can Save Your Life

I perhaps touched an angry and inflamed nerve last week, when I suggested, after reading a ridiculous article at Salon, that one way women can avoid children is by not having sex, and, moreover, that saying so isn’t to turn them suddenly into infants. Au Contraire, I intimated, though not in French, exercising self control and not giving in to every whim and fancy is a strong thing to do. People who live in celibacy do so as adults with strength and often with grace, often reflecting the self sacrificing life of Jesus himself, who denied the longings of the body to give life to the world.

The Internet being what it is, some number of people who read this post were dismayed and appalled. In the usual way, because I didn’t say everything that ever could be said, they shouted and flapped that I hadn’t encyclopedically said everything. “What about, what about” was some of the cry. Others were filled with horror that anyone would suggest the sexual appetite could be restrained at all.

So I don’t really want to go back and talk about it any more, but I will say, of course the Salon article wasn’t saying anything about marriage, and so neither was I. Marriage and sex are divorced from each other in the public mind. Of course married people should have sex, but the sex of marriage isn’t expected to be anything, it’s just another way to have sex. You can have married sex, adulterous sex, transgendered sex, sex with yourself, etc. Married sex is just another option, and probably not the best one.

Children should fit in somewhere, but not if they will be an inconvenient trial and stop you from living a fulfilled and pleasant life. Married people might have children, if it turns out that they feel like it. Single people might have children, or whatever. What is most important is that the two people, or whatever number we are talking about, do whatever they like, what seems good to them, and then the moral good will have been achieved.

But consider what happens when you chuck away this ancient and strange institution, marriage, and the sexual and child bearing pillars that have born it along. There are many, but here are two that came along through my feed at almost the same moment. The first is sort of depressing–although Simcha is in rare form and the piece is sheer brilliance. She writes,

I’ve noticed this extending of the wedding celebration over many days–the late late dancing, the breakfast with family next morning–and it’s truly heartbreaking. For one thing, many brides and grooms don’t understand that most of their friends and relations are perfectly able to carry on a party without them. They could go away and everyone would be fine. And for another thing, why the party at all? It’s hard for me to be excited to go to a fancy occasion when no rite of passage has actually been realized. They lived in their nice house, they drove together to the wedding, then they drove home again…why did I have to put on a pair of heels and relinquish an evening of Netflix? Indulge me, explain to me what is the point.

The second, and who could have foreseen it, consequence of flinging aside the arcane and impossible institution of marriage is, well, be careful if you click the link. Know how there are super bugs? That can’t be treated with antibiotics? And it’s very alarming? STD’s aren’t immune from that super status. Begins the article,

“An outbreak of highly drug-resistant “super-gonorrhoea” is sweeping across Britain and could become untreatable, medics fear.”

Yay.
I don’t want to be a prude–although, who are we kidding, I am–but humanity, collectively and individually, is not that bright. We don’t go from strength to strength, upward glory to upward glory. Christianity describes the human person as blind, deaf, dead in sin, bent on the self. And yet God gave merciful and life giving limits and institutions to mitigate against our blindness and death dealing. Whether you believe in God or not, the monogamous institution of heterosexual marriage is a soul changing enterprise. It’s a way God gave for the individual to die, just a little, so that another could have life. It is a way for even the unbeliever to indulge in the glory of repentance, restoration and communion–the heart of the Christian experience. When you add children, or even the unrealized longing for children, you find the narrow confines of the soul opened even more, the death of the self that gives life to another.

Marriage is so precious, so remarkable a state, that the bible likens it to the mystery of Christ and the Church. Jesus dies for his bride. She lives for his glory. Their union, ultimately, is the restoration of the cosmos. Each wedding, each enduring marriage is a recapitulation, a representation of the life giving love between Christ and his Church. You let go of it and your self indulgent sexual license leaves you lost, adrift, alone, not seeing anything of strength and beauty.

April 20, 2016
Confessions of the Worst Mother Ever
Next Post 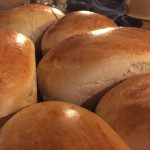 April 22, 2016 7QT: Virtue Signaling My Happiness Edition
Recent Comments
0 | Leave a Comment
"The depraved don't know that they are depraved."
Charlie Sutton Don’t Lose Heart
"I'm sorry to hear that (ie 2.) I do hope if you get to enjoy ..."
LucyL 7 Takes In All Directions
"I want any song I sing in the worship of God to make grammatical and ..."
Charlie Sutton That’s Not How Any Of This ..."
"I'd never heard of Norm McDonald and I'm glad you've introduced me to him. I ..."
Summers-lad Death on a Wednesday: John Shelby ..."
Browse Our Archives
Related posts from Preventing Grace