A few weeks ago, on one of those ordinary days that the Internet was ramping itself up into an outrage (the Usual Outrage–I forget which one now) I had something click into place in my mind. It was one of those silent moments that pass you by and later you look back and understand that from that point on, everything has been different and will probably carry on being better.

So what was it? What happened? This revolutionary moment that has fundamentally changed Everything?

I let someone off the hook.

Anne Lammott, in Traveling Mercies (I so hope it is really this book–its been so long since I’ve read it) describes how she would look at someone who was in the wrong and imagine him, or indeed her, hanging on the wall on a hook. There the person would flail, and it would be good, because that person deserved to be there. But, because of decency and the gospel, she, Anne Lammott, would imagine taking that wrong person off the hook and letting him stand on the floor and go free.

I have clung to this little picture of forgiveness through my whole adult life. I use it all the time, wherever I am. If I feel that I myself am right, and someone else is wrong–whether a husband, a child, a passerby, anyone at all–I enumerate the reasons to myself why they should stay up there on the hook, and then I carefully pick them up off the hook and set them on the floor. By that one picture in my interior mind’s eye, I’m able to let go of stuff that needs to be let go of.

So, the other day, I was reading along, and, as you know, there are a lot of people who are wrong on the Internet. Indeed, it’s possible that everyone is wrong on one point or another, except for me. As we all know, I am never wrong, certainly not on the Internet. But other people are. And it can be so vexing. I don’t know about you, but when someone is being catastrophically foolish, flinging ideas and words around that are so–well–dumb, bad, wrong, misguided, harmful–I might have no intention of saying anything, but I nevertheless absorb the emotional sting of that other person’s being so so wrong. I feel like I careen around the Internet being poked and jabbed by cultural decay, outrage, alarm, bad news, inane and insipid memes, all of which fill my soul with rage. How can there be So Much Garbage! I cry out to the creator of the universe. And why am I looking at it?

So there I was, and someone was wrong. And then, so unexpectedly and certainly by God’s grace, I just clicked away. I just let them be wrong and went and did something else. It was so strange. And what was strange is not that I clicked away, but that I walked away altogether, with my whole self. I didn’t carry on feeling troubled and angry for 47 minutes until the next outrage hit. It was as if I had been able to just let them be, and I went on with myself. I’m sure there’s a technical word for this, like Stopping the Inevitable Decline Into Internet Induced Mental Illness, or something.

The problem with the Internet is that it fantastically widens the number of people an individual has to forgive. And forgiveness is painful, because it means absorbing someone else’s trouble and not dishing it back to them. When it comes to no actual offense–just the offense of wrong ideas and shallow thinking, or the offense of being truly wrong–it is hard, for me anyway, to let that person go in my mind, even if I haven’t engaged with them in any real way.

But forgiveness is what makes the world go round. It’s what gets me out of bed every morning–knowing that God has forgiven me for an inestimable burden of offense that I can never solve or do away with myself. God forgives me. I have to forgive others. There’s no way around it. But forgiving the stranger, who has no face and no personhood, who just appears in a bundle of words to destroy sanity and peace–how does one even begin? I haven’t been beginning, for ever so many years, nor even struggling, which is the Christian word for failure.

The question, for me, is is God big enough to deal with all these horrible people? For every Internet outrage, every Twitter mob that destroys a person’s character and livelihood, every Facebook thread that roils past sense and into stupidity, every meme that wastes my time, every Salon article that destroys the fabric of decency, all of it–is God big enough? Does he know? Does he care? If I walk away, what happens? If I engage, what are the parameters of my engagement? But more than that, what happens to me if I carry around the burden of all that outrage through the rest of my day?

Picking up the whole internet, in its collective tribal signaling, virtue preening destruction of All The Things and All The People, and setting it on the floor to be forgiven and walk away, and then going to read a book, it’s been, well, it’s been life changing. Restful. Better than Before.

Of course, I realize that this entire post is essentially a humble brag, virtue signaling moment. Be like me, let it go. But I don’t really mean to say that. Well–I do want you to see how good and right I am, of course, but I don’t expect everyone to let the Internet “off the hook” because I don’t think everyone is troubled and irritated in the same way. Some people derive a great amount of energy from arguing online, and it is an enjoyable time. But for me, who reads and thinks slowly, my new posture has been really pleasant, and I’m grateful, somehow, and more cheerful.

And now I will go read Huffpo. Just kidding. Joke. 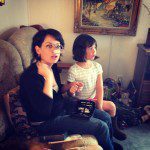 June 2, 2016 Ambrosial Flatbread
Recent Comments
0 | Leave a Comment
Browse Our Archives
get the latest from
Preventing Grace
Sign up for our newsletter
POPULAR AT PATHEOS Evangelical
1