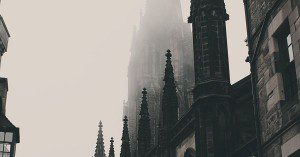 I have a bunch of jumbled confessions to make, being that it’s Sunday and that’s a good day to admit to the reality of the soul. I really love the Bible, of course I do, but I dread, with a deep abiding dread, getting to the Passion Narratives. They, like the dark moments of David’s reign, and the downfall of Samson, and the heartbreak of Achan, and the unfathomable terror of the Levite’s Concubine, make it hard for me to remember to keep up with my bible reading.

On the whole I hate suspense, and so you’d think reading the Bible would be no problem. It’s not like you can’t jump to the end to find out what happens. You don’t have to be overcome by the rape of Tamar, because you know Jesus is only several hundred pages later. And you don’t have to be overcome by the interminably long night of Jesus “trial” because the resurrection is just around the corner. You have the benefit of reading the account not living through it, so it should be no problem to face it over and over.

Except that as a Christian, in a small pathetic way, you do live through it over and over. One time as you’re reading it you will be struck, bruised by Peter’s denial of Jesus–left a wreck by the appalling knowledge that it might have been you. Another time you will discover that had you been in the crowd, you wouldn’t have been making a reasoned and persuasive argument to your neighbor about the importance of avoiding decision making by mob rule. Another time you will find you have been as spineless as Pilate. The worst, though, is living through those long hours with the disciples, knowing that you, who love him, would have run away, would have been overcome by fear.

This time it was the troubled, disappointing trial (again) of the garden. Some people, lots of people in fact, think they are fine and pretty good and when push comes to shove, they’re going to end up on top. When they get to heaven St. Peter is going to ask them a golf riddle that they already know the answer to, hand them a harp, and that’s going to be that. I am not so deluded, but, even knowing the absurdity of my own “goodness” I am nevertheless always surprised to find that I’m not good.

Just like the disciples. There they were, mere days before the crucifixion, bickering about who was the greatest, more interested in themselves than any of the sick and desperate people around them, let alone Jesus, who, you know, was God. You’d think that if God became man more people would be interested in him for who he was. But they weren’t. Then they eat the Passover together, and then off they hiked to the Mount of Olives. And, now, consider, the disciples Cannot Deal. They cannot. They can’t deal with the actual reality that Jesus is going to die, even though he told them over and over. Each time they blew him off, but now they can’t escape it. But instead of accepting it, and trusting him, they sink into the mire of a heavy, overpowering fog.

I think that’s the first thing one has to accept about the human condition–the fog, the inability to deal with reality as it is. Instead of dealing with the plain thing in front of the face, the human person looks away, or makes up a story about it, or looks at it and honestly can’t understand what it is. This happens to me all the time. What should objectively take place and what I am capable of actually doing are very rarely the same. And, worse even, I usually can’t even see what should objectively take place. I’m not good because I can’t get past the fog. I should be able to see, but I cannot. I am unable.

Don’t worry, it gets worse. There, in the garden, Jesus gives the eleven a command. He tells them to “Watch and Pray.” Now, I just want to belabor this for a moment. This is a command from the Living God. God gives all kinds of commands–don’t steal, don’t covet, if you have mold on the inside of your house call the priest, don’t murder, don’t eat bread with leaven during the Passover, don’t be anxious, love your neighbor as yourself, love God with all your heart and soul and mind and strength, be perfect. Some of the things God tells you to do it might be possible for you to do, like calling the priest when you find mold (you actually don’t have to do that one any more), but other ones, like “Watch and Pray” are completely impossible.

I know this because sometimes I have tried. This week, over and over, as I lay back on the couch, I tried to stay awake, and very often I couldn’t. I would try to attend to whatever needed my attention, but I was physically unable to stay awake. Ever wonder how it was that the disciples fell asleep Three Times while Jesus was praying? Knowing that he was going to die? But they just cashed out? It’s because they couldn’t. They could not physically stay awake and watch and pray.

That’s how it is. You can’t obey even the most basic, the most obvious commands. The frailty of the mind and body preclude obedience. You can’t be Perfect, even though God himself sat on a hill and told you to.

For the person who likes to be good, to not get in trouble, to be noted for her competence, this is more than devastating. Not being able to do what is required, even after trying, is demoralizing.

And you see that sense of demoralization all the way through the rest of the Passion Narrative. The eleven ran and hid, and wept, because the fog had finally cleared. They were really able to see how things were, and the truth that they were not good, no better even than the guards who drug Jesus away. It’s awful. It’s an awful place to sit, looking at it and trying not to cover it up or obscure it.

I think some look at the devastating proof of their own failure, their own disobedience, their own evil and decide to whip up the fog so that it’s not so obvious. They flinch and walk away.

Others though, you perhaps, notice that there, in the garden, the one who delivered such an impossible command was not only doing it himself (Watching and Praying) when they couldn’t, but was readying himself to be covered with the consequences of their failure and sin. At that very moment he was setting his face to the task of absorbing the totality of every violence, every evil, every inconsequential failure of everyone who has ever and will ever believe in him.

And yet, at the very moment of your disobedience Jesus is doing two things–he is doing himself what he required of you, and he’s absorbing that sin in himself so that you’re not burdened by it any more. If the fog has cleared and you are looking at how things really are, don’t run away and hide, don’t try to pretend that it’s not that bad, you’ll do it next time. Instead look at Jesus praying and watching and take heart, take comfort, for he has overcome the frailty and the fog. 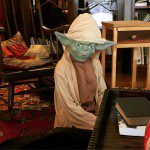 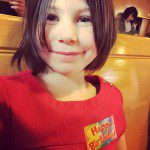 February 6, 2017 Super Bowl Podcast and Other Various Links
Recent Comments
0 | Leave a Comment
""The open disdain that groups of people have for each other, the loud cries of ..."
Lynda Wilson Who Brings Princes To Nothing
"This is so good. Thank you."
Lifelong Learner I Know It’s Disappointing, But You ..."
"i'm reading Ann Coulter's Demonic... the section on the French Revolution is absolutely terrifying."
LucyL 7 Very Quick Takes
"You should blog more about your noise allergy. I think I have one too. Is ..."
LucyL Nothing to Blog About
Browse Our Archives
get the latest from
Preventing Grace
Sign up for our newsletter
POPULAR AT PATHEOS Evangelical
1