Don’t Make Me Self Identify As Wonder Woman 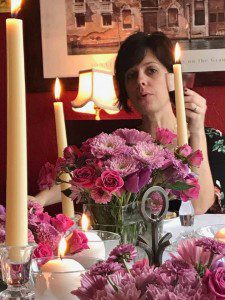 It appears, from the general tenor of the internet, that there are only two choices of what to talk about today–Wonder Woman and Terrorism. Neither appeal to me at all, of course, because it’s not my job to stop the second one, and the first one is a movie, and I hate, join with me now, ‘all movies.’

Truly, I don’t get the super hero thing. Never have. Even after enduring  two little boys who lived, each of them relentlessly, in various costumes–first Superman then Spider-Man and carrying on from there. I always wondered what they thought was happening as they daily donned cheap nylon and velcro unitards, usually over pjs and all manner of bulky little kid clothes. It looked like the most uncomfortable ensemble imaginable, but would only very rarely be removed.

My girls, of course, did occasionally don the Superman costume. But mostly they devoted themselves to big fat princess dresses. In this way, gender distinctions were rigidly preserved. And this must be my fault, even though I never bought a single one these items myself, and never told which child to wear which one. I never made a speech, ‘you wear the big dress, and you wear the skin tight unitard.’ They just knew…because of the patriarchy, probably.

I, therefore, pray and hope that I don’t have to go see Wonder Woman even though it will probably be one of those movies that I can’t avoid without trying really hard. This morning I read a Mormon writer explaining how the movie is about Jesus, and then a feminist explaining about how the movie is about feminism. The first one surprised me. The second one not at all. The second one said this, “She also won’t apologize for being a woman. The movie champions her femininity: Her power isn’t diminished by caring too much or experiencing her emotions. Instead, her love and kindness strengthen her.” That sounds perfect. I’m just curious, though, in how many places where this movie is likely to be shown is a woman having to apologize for being a woman? Will they be showing this movie to women in Mecca? And truly, how brave and courageous in this modern world to see brightly lit on a screen a woman ‘experiencing her emotions.’ What a counter cultural message!

For my part, I have always found the Super Woman meme to be a drag. The idea that a woman can have it all was predicated on the exhausting assumption that she could also do it all. And that has turned out to be a lot of work. Women have to save the world and cook the dinner and do the laundry and feel all the feelings and manage the man and be amazing at work. If you do all these things, you get to have a glass of wine at night and complain about how terrible your life is.

When really, no one person can do any of those things. One or two perhaps, but not all, and certainly not all at once. I dislike more than anything being introduced as someone who has Six Kids (! How is that even possible!) who Homeschools (! I know right!) and has written a book (! Can women even write books?) and blogs every day (! Every Day! That’s Crazy!). The list of my accomplishments goes on and on and as they’re going on, one of two terrible things happens. Either the person who is hearing them becomes overwhelmed and loses interest (this is more usual) or the person rightly begins to look quizzical, and with genuine curiosity says, ‘How do you do it all?’ Because that is a lot of things.

But here’s the thing, you have to be allowed to use the word ‘thing’ as a technical word whenever you want to, and, more importantly, You Don’t Do All The Things At Once. You do not, usually, have six babies in one go. You have one and then another and then another. And you don’t just wake up one day and write a book. You do it gradually. And you don’t do a lifetime worth of laundry in one single afternoon while you’re also getting your college degree and working three other jobs. You do a little bit of laundry every day, and you do one job at a time. Accomplishments accumulate over the time.

And here’s the other thing, you don’t do them alone. You are not the savior of the world. You don’t have enough peace and light and beautiful world transforming feelings to end all the wars just by virtue of being female. That is not a thing. You are human. (I trust you all understand that when I’m saying ‘you’ I really mean me.) You need a savior and also some help sometimes. No person can do all the work ahead of her in life without any kind of help from other human people who also need help. The human experience is not a super hero one, nor a princess one (thank heaven). It is a hard work intermingled with many disappointments and sorrows punctuated by bright moments of joy and amazement one.

We’ve had decades of the male superhero motif and we still have ISIS. Men couldn’t save the world. I guess we can try a decade of a female superhero but I’ve got some news for us all. She isn’t going to save the world. Being female is no better than being male. Both, male and female, are human, and fallen, and not able to save the world and themselves. They need God. But, you know, Wonder Woman, give it your best shot. You play Jesus for this year and we’ll see how it turns out.

And now if you’ll excuse me, I will go save my own house, Single Handedly! from disaster! Just kidding. I will make all my children help me. Because I can’t do things like that on my own. 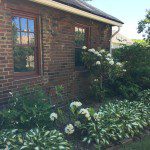 June 5, 2017
Monday Morning on the Podcast and Links
Next Post 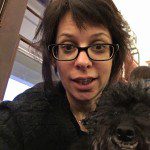 June 7, 2017 In Which I Am Accused Of Hubris
Recent Comments
0 | Leave a Comment
"Well, crud. I don't pray, but I'll send best wishes; I'm really sorry to hear ..."
divgradcurl If You Can Pray
"We grieve with you and your parents. You all, and the one(s) who stole the ..."
Larry Orton Mired in Grief Podcast and Links
"I am so sorry to hear of this! I am praying for you all (and ..."
KB If You Can Pray
"I'm dressed and ready to step out to church per your advice. While I was ..."
Pecos2 Heart-rendering
Browse Our Archives
get the latest from
Preventing Grace
Sign up for our newsletter
POPULAR AT PATHEOS Evangelical
1

Evangelical
Do We Even Need Them?
Preventing Grace
TRENDING AT PATHEOS Evangelical