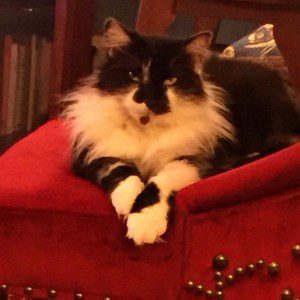 Can you believe it? June is over. This shouldn’t upset me, but truly, it seems like time is drunkenly careening down a steep hill with no breaks and no sense and should get a hold of itself (what are time’s preferred pronouns I wonder) and slow down for a minute before some catastrophe happens. As a way of arresting its insane progress, how bout some Takes?

One
Got to be with John and Kathy on The Ride Home again yesterday. They are my spirit radio people. They, get this, invited me to complain about weddings And millennials. This has literally never happened to me before. No one ever invites me to complain, except John and Kathy. I hope my hovel/shack in heaven is right next to their big mansions. But truly, don’t listen to the show for me, listen because they talked about issues near and dear to my heart (while I wasn’t there). I come in at the 37.15 mark but I beg you, listen to the whole thing.

Two
In the interest of creating my own Life Style Brand–Get A Life With Anne, or ACK for short–I thought you’d want to know what I listen to in the car so that you can listen to it too. I assume you’ll want to be copying my every move now and what better way than adopting my taste in music rather than just listening to whatever you like. Subsume your identity within mine, it’s the only way! Where was I?

I have three CDs that I listen to in rotation. They are, in order, Charpentier’s Christmas Mass, Stile Antico’s Christmas contribution, (don’t worry, I haven’t stopped hating Christmas), and now my current favorite, Christopher Kohut singing and playing the lute. I’ve looked all over for a place to buy his CD, Come Unto Me, but I can’t find it. The main thing is that you can watch him on YouTube. Maybe if lots of us complain he’ll put the CD on Amazon and we can all buy it. I like watching him play, though, because it makes me feel like I’m in the middle of Much Ado About Nothing. But also, his sacred music beats back the gray sky of Binghamton in the most helpful way.

Three
I have to listen to music in the car because I can’t listen to the news or anything. It’s just too awful.

Four
So I started trying to work out again. I would say it’s really been a full year since I’ve been able to actually do anything more than move from one chair to another. Well, maybe that’s extreme. Last summer, when I was insanely driving my mother and my six children all the way around the edge of the country to visit all the people I love and am related to but never get to see ever, I drove and packed and packed and drove as one pursued by lions. I think my thyroid must have been revving itself up for its grand flame out. That hunted, pursued feeling lasted until Christmas. I couldn’t climb down from whatever insane high I was on. And I was really thin by doing nothing at all. But then, of course, it, my thyroid (I wonder what it’s preferred pronouns are) burnt itself up in some kind of suicidal insanity so that I had no thyroid at all. I went from being anxious and thin, to depressed and, if not exactly fat, well, let’s just say not thin. I lay back on the couch and mourned the loss of all my thinness and muscle, and especially the ability to do anything about it.

Finally arrived to the deep truth of the thing that I am most loath to admit–not exercising is the pits. It’s horrible to lose every single muscle one ever possessed. And the rush of whatever hormone that washes over your brain–what’s that called–when you work out, is actually sort of helpful for mental health. I don’t think it helped me over all not to have whatever that is at all for months and months. Of course, there wasn’t much I could do about it. But now that I’m sort of moving again, it’s done wonders not for my body so much (gathering some muscle again is going to take ages) but for the state of my mind.

Five
Tragically also, it’s really taken recovering some slow exercise to open the door to the disciplines of prayer and study. It’s not like I haven’t prayed or read my bible for a year, I have, sort of, in a pathetic and guilty way. Which was grievous to me because I had a pretty decent devotional life way long ago (last year). And I assumed that I should just grit my teeth and get back to it, now that I’m feeling better. But I haven’t been able to, no matter the mountains of lecturing that I continually delivered to myself. Weirdly, though, after a week of slogging it out on my yoga mat (don’t worry, I’m not doing yoga, that would be pagan, or not, maybe I should be doing yoga…) I just sort of woke up one day and resumed doing what I’d always done. It was so weird.

The sad lesson that I keep facing over and over is that God isn’t really interested in human strength, ingenuity, and brilliance. It’s not that he hates those things–for heaven’s sake, they ultimately come from him. It’s that they aren’t that useful. The broken and contrite heart is more useful in the kingdom of God, along with the broken bones that rejoice, rather than the self sufficient problem solving of the human will that can only, because of not being able to see into the future, create six problems out of every one that it solves. I know this, intellectually. And of course I am easily able to spot it in others. But it takes such a hefty doses of divine persecution to be able to see in myself. #losingiswinning

Six
Sorry about the long health/disciplines of life update. I should start keeping a journal again so that no one else has to suffer through the vagaries of my broken self. MOAR GUILT. That always helps. The law–all the laws–are so great for producing amendment of life. Cough.

Seven
And now I will arise and go do the hated ‘taking,’ as Elphine likes to say, ‘of exercise.’ She’s right, ‘working out’ is a dismal expression. Go read more interesting Takes! 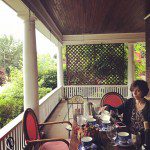 June 29, 2017
I've Decided to Launch a Lifestyle Brand
Next Post 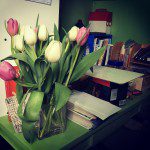 July 1, 2017 Notes from the School Room
Recent Comments
0 | Leave a Comment
""The open disdain that groups of people have for each other, the loud cries of ..."
Lynda Wilson Who Brings Princes To Nothing
"This is so good. Thank you."
Lifelong Learner I Know It’s Disappointing, But You ..."
"i'm reading Ann Coulter's Demonic... the section on the French Revolution is absolutely terrifying."
LucyL 7 Very Quick Takes
"You should blog more about your noise allergy. I think I have one too. Is ..."
LucyL Nothing to Blog About
Browse Our Archives
get the latest from
Preventing Grace
Sign up for our newsletter
POPULAR AT PATHEOS Evangelical
1