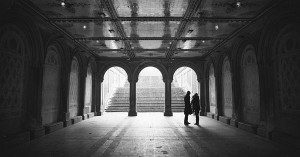 For whatever reason, in the last week, I’ve run repeatedly into that tired old saw, “toxic masculinity” in a variety of places. The idea, I think, is that a man being a man is dangerous for society, and that boys should be brought up to be “feminist,” eschewing whatever being ‘male’ stereotypically entails, you know, for the good of us all. They shouldn’t be aggressive, for instance, and they should behave as much like women as possible. Which assumes, funnily enough, that being female is inherently morally better.

It’s been hard to watch the unfolding news of this week and not feel sort of schizophrenic about the confusion that this culture is so hell bent on embodying. Because, I would say, there is a truly toxic masculinity that nobody really wants to talk about or name. We all live under its shadow. It’s already ruined a generation or more. It’s already destroyed the aspirations of actual men and women. We skirt around the edges, occasionally naming it, and certainly condemning it, but helplessly, essentially, because it is so embedded in our shared cultural identity.

But this week now, Harvey Weinstein is an embarrassment to us all. Or rather them. Those ones who thought Hugh Hefner was fine suddenly have developed a conscience and can see that coercive and promiscuous sexual advances aren’t ok.

I think I might blandly and uncontroversially point out that that kind of view of maleness is toxic. It’s ghastly. But it’s also the deep well that is the entire porn industry and from which so many men, and sometimes even women, drink so freely. Indeed, I’ve read, and it’s hard for me to doubt that this is true, that our technology economy is built upon and driven forward by that single sector. We prattle on about sex trafficking of young girls, but the reason we all have shiny smart phones and apps is because of the money to be made off the ordinary person being able to view men working out their fantasies on women who apparently want that way of being and nothing else, no other kind of life.

Historically, and especially in our now defunct Western Christian heritage, that wasn’t “masculinity.” We haven’t inherited such a weak and perverse view of the Man, one that is entirely and unapologetically self centered, consumeristic, and untethered to care for a woman or even anyone besides himself. We have bought it for a paltry multi-billion dollars, for a world economy that lets us have anything we want right now.

One thing, as I’ve read the news all week, that strikes me as both annoying and odd, is that every politician and celebrity, as they limp out to condemn Harvey Weinstein, brings up the question of how they would want their daughter to be treated. “I have a daughter,” they say, “and so this makes me really upset.” It strikes me as a vaguely infantilizing remark, and skirting past the truth. Because girls grow up to be women. Women who hear on the one hand, what with International Day of the Girl, that they can be anything and do anything, that they are strong and beautiful and beautiful and strong. But who then on the other hand come to see that the pinnacle of human achievement will be to be in the movies, or, if that doesn’t work out, at least on YouTube, leering into a camera. If they play their cards right, and play the part, they can make the money, and on the way they can be treated like things, rather than the people they are. In fact, they should be able to express themselves sexually any which way, too bad if they end up being the commodity the stronger and more aggressive person in the room feels like groping.

What I mean to say is, while we’re taking about our daughters, we’re not willing to admit that a lot of girls who grow up to be women would have a happier life if men understood that marriage is the best thing–marriage to one single woman, sexually exclusive marriage to one single woman, without a little porn on the side. Not to keep her down and keep her at home, to narrow her world and enslave her. No, because the risks of sexual promiscuity don’t pay off. Because the cost of a society that says to the man first that all a woman wants is to have sex with him, and then to the woman that she is only free if she does, is only ruination, spiritual slavery, and darkness.

Marriage is good for men and women. One, because the man’s masculinity is not inherently toxic, but it becomes so untethered to the humanity of an individual person who is not like him, who is physically weaker and would do well with protection and care. And two, because the man’s masculinity is strangely fragile, and the deep abiding strength of the woman, who may be physically weaker, has a mental and spiritual toughness that the man needs, even when he doesn’t know it. And it’s good for her too, because her humanity, in a culture where life long exclusive marriage is the norm, is actually sheltered and given room to be. She doesn’t have to sell herself, to make herself into a man, to match the aggressiveness of the average psychopathic male CEO*. Indeed, throughout human history, it’s been the relationship between men and women, their depending on each other for mutual help, comfort, and, dare I say it, love that has made the human experience so rich and deep.

I grieve, today, for all the women who have been dehumanized and groped, who have been victimized and cast aside. And I also grieve for the men who believed the lie, who took and touched where they shouldn’t have. And I grieve for our entire country, who looks at God and shakes its collective fist, and then keeps rushing down the broad, wide, technology enabled road to hell. May God himself have mercy.

*I’m not making a case for women to stay exclusively at home and never to work. I’m saying our current cultural landscape doesn’t let women be who they are when they do go into the world, and makes them feel guilty even when they stay home. I’m intimating that the total destruction of marriage plays a part in the average female crisis of identity. 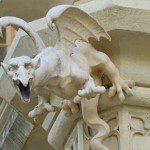 October 11, 2017
Being Woke on International Day of the Girl
Next Post

October 13, 2017 7 Popular Takes
Recent Comments
0 | Leave a Comment
"Does Uhaul have GPS trackers on their truck?"
LucyL If You Can Pray
"Well, crud. I don't pray, but I'll send best wishes; I'm really sorry to hear ..."
divgradcurl If You Can Pray
"We grieve with you and your parents. You all, and the one(s) who stole the ..."
Larry Orton Mired in Grief Podcast and Links
"I am so sorry to hear of this! I am praying for you all (and ..."
KB If You Can Pray
Browse Our Archives
get the latest from
Preventing Grace
Sign up for our newsletter
POPULAR AT PATHEOS Evangelical
1