That Time I Stood And Prayed By The Abortion Clinic

That Time I Stood And Prayed By The Abortion Clinic November 28, 2017 Anne Kennedy 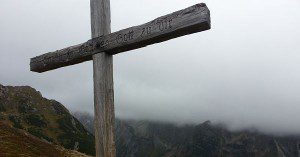 In all the bustle of the weekend I did manage to scroll through Twitter a few times, and was happy to observe that American culture, as so many are pointing out, is undergoing a sudden and seismic shift over what is believed to be acceptable in the relationships between men and women. There is a sniff of revolution in the air, and Morality is making mumbling noises from the dark and dusty corner where she’s been shoved for the last many decades.

But there are too many contradictions for us to emerge on the other side of this moment with any true, sane, coherent way of being. And that is as it should be, because no matter what we like to say about it (and by we, of course, I mean everybody but me) the mind is more than capable of holding two conflicting propositions together no problem, of sewing them together into an emotional patchwork of cozy comforting self actualizing nonsense.

The biggest and most glaring neon sign of spiritual contradiction is that on the one hand we’ve all been allowed to notice that Harvey Weinstein is a creep and a cad–a gross abuser of feminine dignity at the very least, and really more than that–but on the other hand we’re still supposed to pretend that Planned Parenthood isn’t a malign and abusive institution that assaults not only the bodies of women and their infants, but also the mind and the heart.

I mean, there are a lot of planned parenthood clinics around, and not all of them do abortions, at least not where I live. But they refer, daily and relentlessly, women to a low slung “clinic” hunched on the side of the highway, its graying boxlike shape and drabness marked out by that ironical appellation Pregnancy Services.

A few times this summer I stood on the approved scrap of weeds between the highway and the parking lot to pray and sort of just stand there. After a while it occurred to me that this was the closest I was ever going to get to witnessing anything like the crucifixion. You stand there, helpless, grieving, and there isn’t anything you can do but just going on standing. Everyone is going to do what they have already purposed to do.

And the thing that stunned me, of course, was how many women went in under the ‘help’ of another–usually a man, sometimes another mother. Chivalry suddenly wasn’t dead as strong young men got out of their cars and went all the way round to open the door of the lady, to take her elbow and propel her across the uneven and pockmarked pavement.

At one point an elegant black sports car pulled up and a richly dressed professional looking white man got out and hustled two yoga pant clad young black women through the gauntlet of escorts and into the gaping maw of the door. I, being incredibly naive, tried to piece it together all morning as I stood there and failing to pray. Why were they dressed so poorly? Why he so richly? That’s so weird. “He was a pimp,” Matt said, when I anxiously recounted everything to him later. I slumped back onto the couch and felt ridiculous and terrible.

But no more terrible than watching a short, greying woman lumber out of her car and round the back of the building, and being told that, of course, a lady ‘chaplain’ is available for ‘spiritual care.’ ‘Why do they need that?’ I asked bitterly. ‘I thought this was a good thing with no problems whatsoever neither physically nor emotionally nor spirituality attached to it.

That’s what we like to tell ourselves when we’re doing something we really want to do, when we’re shoving the rational mind into a dark cupboard and locking it up with a key and then throwing the key over the precipice into the turgid waters of distractible and media driven modern life. Just say the words, don’t think about whether they are true or not.

Looking for abuse? Go and stand by the side of the road and watch the going in of women hurried along by the convenience of their families and friends, their coming out broken by the ‘medical’ and ‘spiritual’ care within.

In this critical and rare moment of taking the voices and lives of women seriously, of holding men accountable for the way they behave and the power they wield, why not go the distance and completely discredit the lie of abortion? It may be another generation of lost children and wounded mothers before we get this moment back. 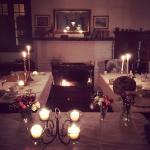 November 27, 2017
Monday on the Cyber Podcast and Links
Next Post

November 29, 2017 Advice for Prince Harry on the Occasion of his Engagement, a Listicle
Recent Comments
0 | Leave a Comment
""The open disdain that groups of people have for each other, the loud cries of ..."
Lynda Wilson Who Brings Princes To Nothing
"This is so good. Thank you."
Lifelong Learner I Know It’s Disappointing, But You ..."
"i'm reading Ann Coulter's Demonic... the section on the French Revolution is absolutely terrifying."
LucyL 7 Very Quick Takes
"You should blog more about your noise allergy. I think I have one too. Is ..."
LucyL Nothing to Blog About
Browse Our Archives
get the latest from
Preventing Grace
Sign up for our newsletter
POPULAR AT PATHEOS Evangelical
1