Planned Parenthood Does Not Need A Disney Princess 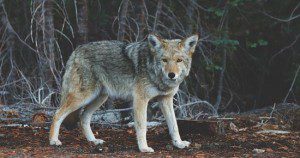 It seems Planned Parenthood is feeling on the down and outs and wishes there could be a Disney princess, that iconic identity marker of our times, who had loudly and proudly made use of the services available in their facilities, and I don’t mean the free exam.

Boy, that brings on the sparkle, doesn’t it. The pure, virginal thrill of the princess and the prince sweeping across the dance floor, looking into each others eyes, feeling the music carry them along. They sweep right off the floor and into some dingy apartment for a tawdry and heartbreaking fling and then a few weeks later trudge down the lane to erase the memory of it all. It’s so sparkly and bright, so pink and exciting.

I know it’s what I immediately wish for when I think of a lot of little girls in fluffy dresses twirling around and eating little tea sandwiches and feeling special. I mean, I know it’s the dream of almost every single female-identifying person, to be a princess for a charming little while. You shove the dress over the head of your precious little girl, you pour the tea, you sideways glance at what Meghan Markle is wearing today, and the two of you pretend.

Reality does have a habit, though, of bashing its way in. The truth for most girls in no way resembles the cartoon. There is no prince charming. There are no pinks and purples. You have to grow up, and if you can avoid being groped by the rich, the famous, the politician, the sex trafficker, you can probably get a desk job somewhere and work and work and work. Maybe you do have a run in with planned parenthood at some point. But you don’t mince breezily in with little twittering birds lighting your way. You drag your feet. Sometimes your boyfriend drags you, or your mother. And when you come out you’re not dancing, you’re limping. I know because I stood by and watched and prayed sometime ago. The rich and famous who vaunt their abortions are not like the young women facing a gray hopeless life, caught in systemic poverty and family dysfunction that never seems to have a door that opens out. Planned Parentood promised to be the door, but turned out they didn’t even have a lock into which to put a key, and they have no key.

It’s telling, though, that they seem to be feeling the pinch, that they would want there to be some sparkle in such a dismal and drab landscape, something to attract the eye.

If you feel depressed and sad about it all, don’t flutter off to Disney. There’s a place you can look for a deep ocean of love that will alter everything with its effervescent and eternal glow. It’s the cross. And it’s a love story to die for.

See, there was this king who had a son that he wanted to marry off to a lovely young woman. But the woman literally did not want to have anything to do with the king and his son. Well, I mean, sometimes she liked him, but a lot of the time she was desperate to be with anybody else. The king was really sad about this because he had made a sparkly world all for her, but she trampled it and wrecked it. Once the king mournfully described this world as a beautiful vineyard with a watchtower and a cunning and protective wall. The woman was like a vine that he planted there, the most beautiful you can imagine. But the woman did not want it. She turned sour, she ran away, she subverted and destroyed everything.

So the king sent his son to win her back. This son didn’t sweep in on a horse, dazzling the wide world with his white teeth and his flowing hair. In fact, he was rather plain to look at. No one even noticed him. And instead of flattering her, and lying to her, he told her how broken and wretched she was, how treacherous. And then he went and paid up all her debts. All of them. He bought, with his own blood, new beautiful clothes for her. Indeed now, at this moment, he is building a grand home, a place where he and she will live together happily and comfortably forever. And, it turns out, he himself is the door. He is the door to a life of unimaginable peace, and beauty, and joy.

Planned Parenthood doesn’t need Disney. The place for image reconstruction, by which I mean redemption, is the cross.

Evangelical
If Only
Preventing Grace
TRENDING AT PATHEOS Evangelical