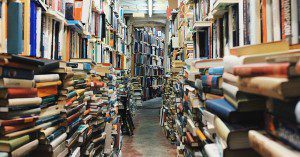 Two
Being a fluffy only partially liberated female, I did finally finish all sixty hours of Sherlock Holmes a week ago. So brilliant. Not sure how I made it to this point in my life without getting to have Stephen Fry’s resounding and brilliant reading of these great books carrying me along for so many days—probably the patriarchy. Can’t recommend them enough, though, whatever your gender identity.

Three
That being over I’ve picked up Neil Gaiman & Terry Pratchett’s Good Omens which, fifteen pages in, is wildly funny. Here is my favorite line so far, “It wasn’t a dark and stormy night. It should have been, but that’s the weather for you. For every mad scientist who’s had a convenient thunderstorm just on the night his Great Work is finished and lying on the slab, there have been dozens who’ve sat around aimlessly under the peaceful stars while Igor clocks up the overtime.”

Four
In the middle of The Little House on the Prairie with the little girls, as I mentioned several Fridays ago, and realized this week that I am genuinely stressed by the total absence of books in the lives of the Ingles. Obviously that didn’t carry on, because Laura, as it were, became one of the noted literary icons of all time. Maybe little Laura and Mary and Baby Carrie just didn’t notice any books tucked away in the wagon as they rumbled endlessly over the grass. But if I had had to truck across the prairie with no reading material, I would have gone completely mad. And yet there sits Ma, happily sewing. Every time I pick up the book I spend the whole time fretting about it and not being the least interested in the prairie hens.

Five
A couple of Christmas’ ago I was curious about David Bentley Hart’s translation of the New Testament and Matt indulged me, though he looked skeptical, and bought it for me as present. I’ve been picking through it slowly, reading it here and there when I happen to feel like it, which isn’t often. But this week I finally had enough. It’s like Hart is translating the Greek into English purposefully so that it will be unreadable. I know his stated intention was to give a feel of the roughness of Greek, but he’s gone too far, for me anyway. His mangling of English so as to—although perhaps I am being unkind—completely obscure the meaning of the text is exhausting. I’m going to cleanse my palate with a binge read of the ESV, which, and Challies agrees with me, is the best English in a modern Bible.


Six
I’m also hoping to finish binge watching Shtisel this weekend. I am not often hooked on television/Netflix/whatever programs but this one is absolutely riveting. It’s making me want to learn modern Hebrew most desperately. And also, the way orthodox Jewish women dress beats everything. The saddest thing to me about International Women’s Day—and the travesty of spreading it around the world—is that the liberation of women really only ever extends as far as teaching reading (good), getting women into the workplace (meh if it means getting men out of it), and then—which is a crowning indignity—taking away the beautiful clothes expressly devised for the female form and replacing them with frumpy jeans and boring shoes. Here, be more like a man, says some bureaucrat with a calendar, probably the same one who organized Daylight Savings. Nobody is passing out huge piles of interesting free books to Ma on the prairie. Instead they take away her beautiful dress and generations later, here I am confronted in every wretched store with row upon row of skin tight, imagination crushing leggings. #feminism When someone starts inventing beautiful modern clothes for women that account for my shape and are within my price range, I’ll consider the movement. Until then you’ll find me in my kitchen cooking delicious food, such as my soul loves—oh wait, even that was apparently done better by a man.

Seven
It is going to be Daylight Savings the weekend. We are going to “save” so much Daylight. I bet it’s some kind of sick conspiracy to put International Women’s Day and Daylight Savings at the same weekend as a subtle missive—unnoticed by practically everybody but me—in the war on women. Well, I noticed universe. I absolutely noticed.

Go check out more takes. I’ve gotta go shove myself into my gray, drab, Binghamton jeans and do my part for the literacy of girls (and boys but mostly girls, because I’ve got more of them). #doingmybit 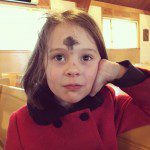 March 10, 2019 All the Time Management in the World Won’t Make You God
Recent Comments
0 | Leave a Comment
"Love this so much. It felt like a healing. Thank you for writing. Write on."
Wendy S. What Would Jesus Pray?
"Yes! Good idea! I'll update the post but in the meantime there were:A Place to ..."
Anne Carlson Kennedy 3 Books for Friday
"Would you list the books and authors in the paragraph above the video? Or spell ..."
KS 3 Books for Friday
"Please consider providing the book titles and authors in print when you post a video ..."
KS 3 Books for Friday
Browse Our Archives
Follow Us! 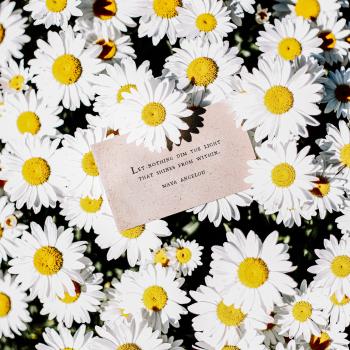